As a long-time fan of role playing games, I’m always a sucker for stories that involve elements of games like Dungeons and Dragons into their own little worlds. The jokes in Rat Queens were spot on and even Nimona had a certain element of the classic hero/villain set-up of an RPG. But when I heard a new series being published by Image Comics referred to as “Goth meets Jumanji,” I was instantly interested. Usually, I try to wait until a new series has at least one bound volume (usually five or six issues) so that I don’t have to collect the smaller issues or (more importantly) have to wait to find out what happens next in a story arc. Unfortunately for me, seeing the new trailer for Stranger Things re-kindled my interest in all things D&D and I decided I couldn’t wait until the last issue was out. The first four issues have been released and the last of this story arc will be released on April 3rd. 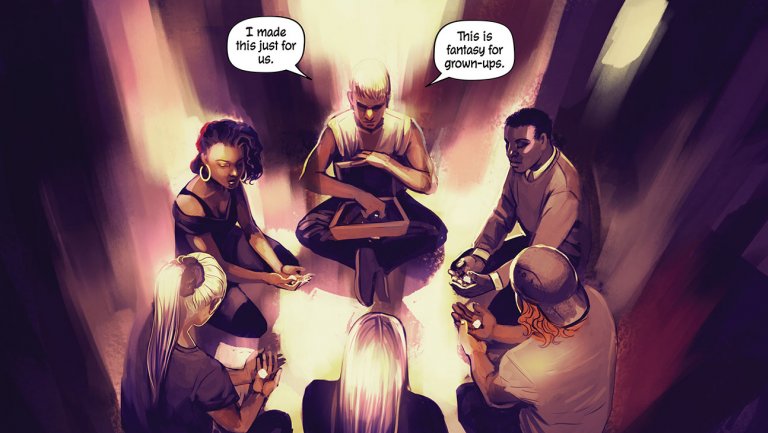 Written by Kieron Gillen and illustrated by Stephanie Hans, Die is a dark fantasy that blends the magical structure of fantasy with the deep dread and disturbing nature of horror. The story first introduces readers to a group of old friends who have done everything possible to put their past behind them. But when a birthday present forces them to confront the terrible events that led to the disappearance of one of their friends and a complete terror of even mentioning the subject, the past can no longer be ignored. The party must be re-united to return to the roleplaying game of Die,where they must defeat the Gamemaster if they ever wish to return home. 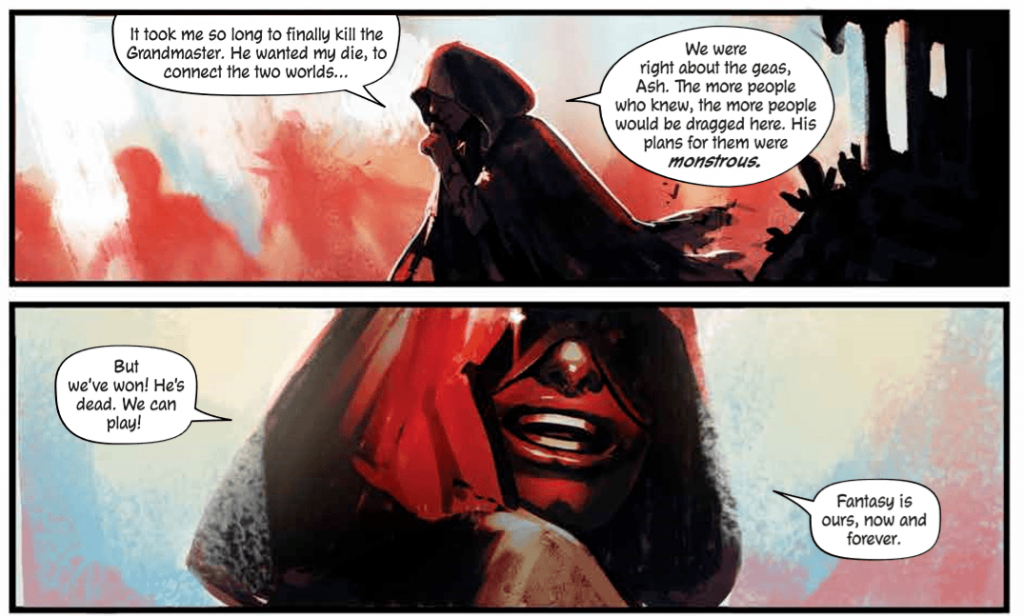 That doesn’t sound ominous at all…

As the creators have said at the end of some of the issues, Die is a story with goth in bold and italics. It’s dark and forbidding and not a place where happy things flourish. Die wasn’t kind to the kids when they first faced it and with Sol at the helm, it’s even less so now that they’re adults and thought they had left all of it behind. As the readers are introduced to the intriguing powers of the very non-standard roles of the players (Grief Knight, Godbinder, Dictator, etc), terrible consequences are just waiting to be sprung by the players. Gillen does an excellent job of making the different players feel unique, complex and as flawed as any human being could be. Everyone has their own problems to deal with, beyond the death and mayhem promised by Die. And the art by Stephanie Hans is incredibly, disturbingly beautiful. Somewhere between Fiona Staples and Sean Phillips. 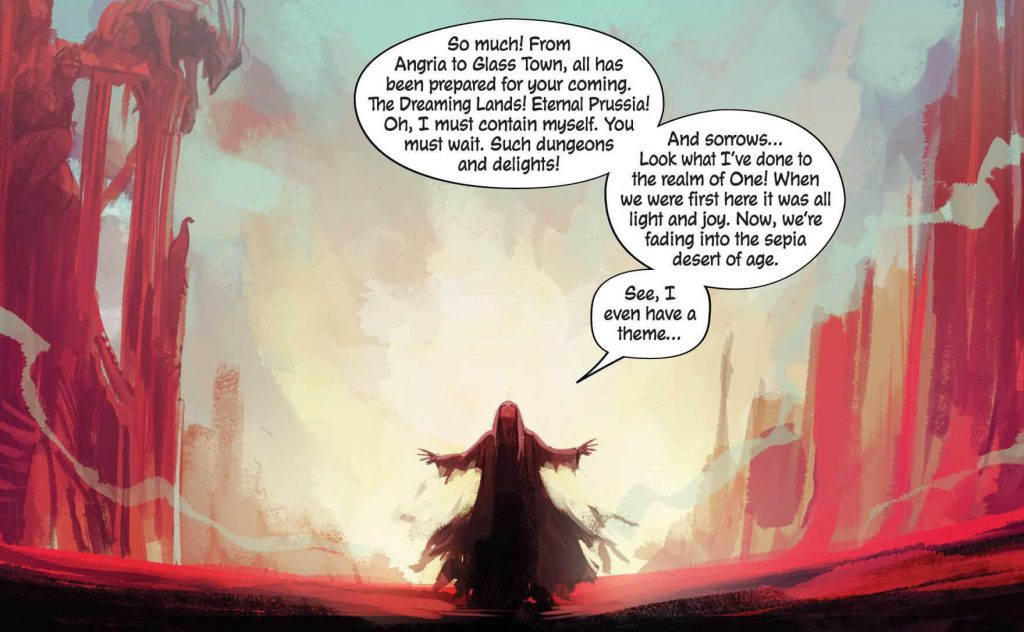 This art is so gorgeous that I couldn’t help filling the review with it. #sorrynotsorry

It’s difficult to talk too much about Die without spoiling plot elements but I’ve done my very best here. If you’re a fan of roleplaying games, fantasy or twists on an old standard, Die is a must-read! It’s easily one of the best new series that I’ve read in a long time and I’m very intrigued to see where Gillen and Hans take it next. Although, you might be kinder to yourself than I was and wait to read it until the fifth issue is finally out. Waiting to see what fresh hell Die brings for the players is absolutely torturous. And for those who prefer the graphic novel format to the single issue comics, the first volume will be out in a few months on June 11th. And if you’re currently reading Die, let me know what you think in the comments! See ya next week!