Well it’s been a minute since I last wrote for Graphic Reviews (18 months to be precise) and I figured I’d make my return during the spooooooky season since it’s my favorite time of year! As a way of reveling in my favorite season and celebrating finally having the time to get back to Graphic Reviews, I’m planning a Halloween-themed comic extravaganza! Every Wednesday this month, I’ll be sharing two (mostly) horror comics from this year. Since this is week one of the Halloween Showcase, I figured I’d start nice and light with a few comics that have supernatural elements but are otherwise fun, feel-good stories that you can pick up any time and enjoy. 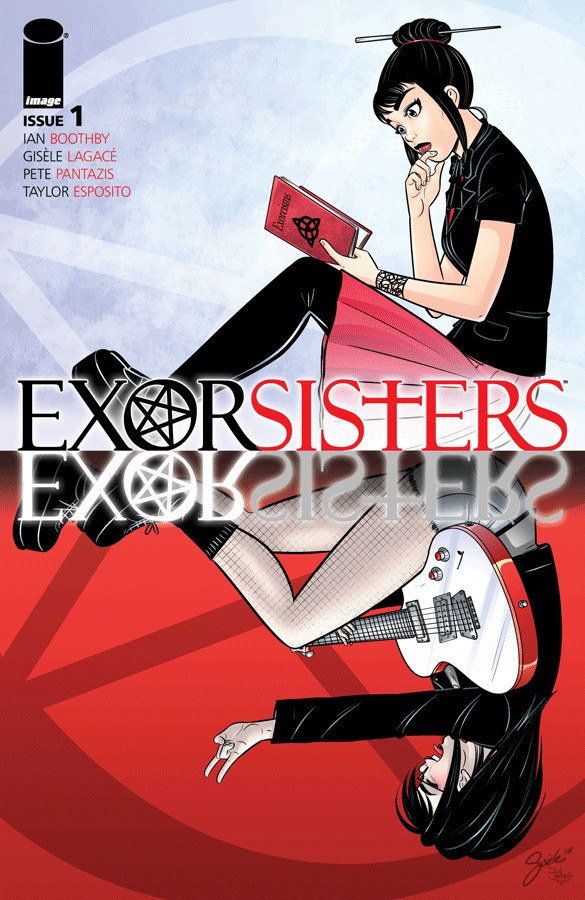 First up is Exorsisters, written by Ian Boothby with art by Gisèle Lagacé, this short series is just two volumes long, the first collected edition published by Image Comics in April 2019 and the second coming out at the end of this month. The series introduces the Harrow sisters, Cate and Kate (I’m sure that doesn’t get confusing) who are more than a bit like a genderbent version of Dean and Sam from Supernatural. Although equally as much their own unique thing for spoilery reasons that you’ll see if you dive in. Cate and Kate have set themselves up as Harrow and Harrow, the premier detective agency to call if you find yourself in a bit of a supernatural bind. They’ll rescue fiancés trapped in Hell or rescue you from your own dumb decisions if you “accidentally” signed a contract with a devil. But when their own Mother comes calling, the two sisters will find themselves in a bigger tangle than usual with their own dark secrets being brought to light. 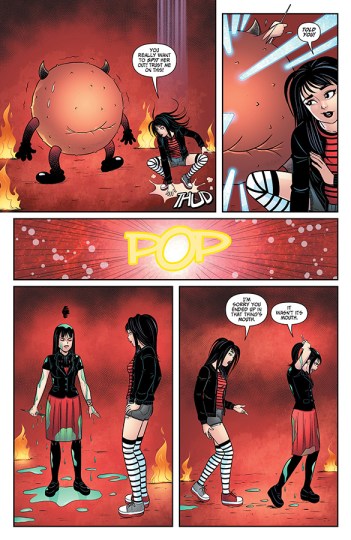 Compared to some of the other stories that I’ll be talking about this month, Exorsisters is extremely light hearted. The art style is bright and cartoony which is actually a great fit for the banter between the Harrow sisters and the light-hearted take on the end times. There are some serious moments but they’re largely overshadowed by the jokes and wordplay. Overall, it’s a light, fun read and one to pick up at pretty much anytime. If you enjoy one-liners and don’t mind some silliness, Exorsisters is a fun, light supernatural comic. 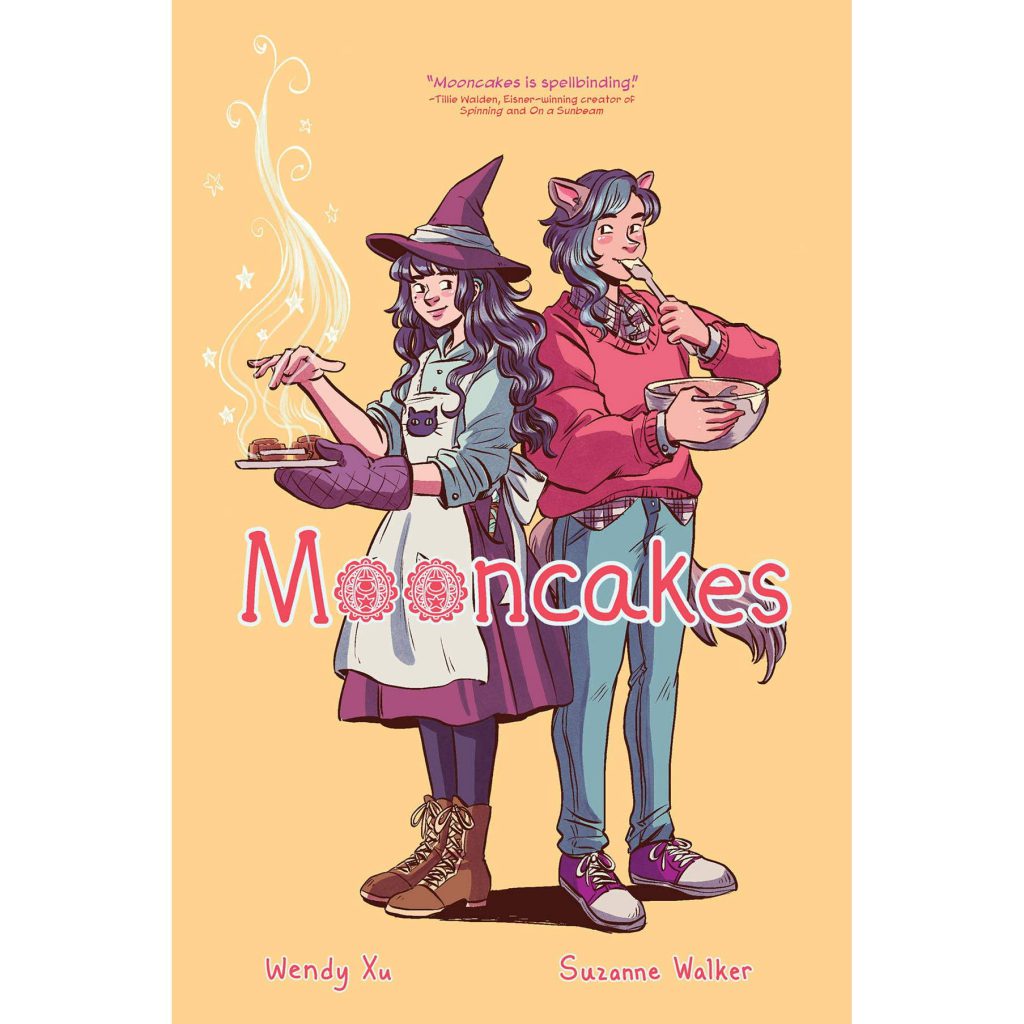 And my second choice for this supernatural Halloween showcase is the graphic novel Mooncakes by Suzanne Walker and Wendy Xu, which was recently nominated for a Hugo Award. Published by Oni Press in October 2019, it has some serious fall/Halloween vibes and is the right blend of cute and otherworldly for a first foray into the season. It is both a coming of age story for the two main characters, Nova Huang and Tam Lang and the developing of a romance between them. Nova, a young witch who works at her grandmothers’ bookshop, has not yet ventured from home as witches traditionally do, challenged in part by her need for hearing aids and in part her own insecurities. When her childhood crush, Tam Lang, a werewolf who long since left town, arrives back in town and in pursuit of a dangerous horse demon, Nova joins forces with them. It will take all of Nova and Tam’s combined strengths and a testing of their new feelings to combat the occult forces arranged against them. 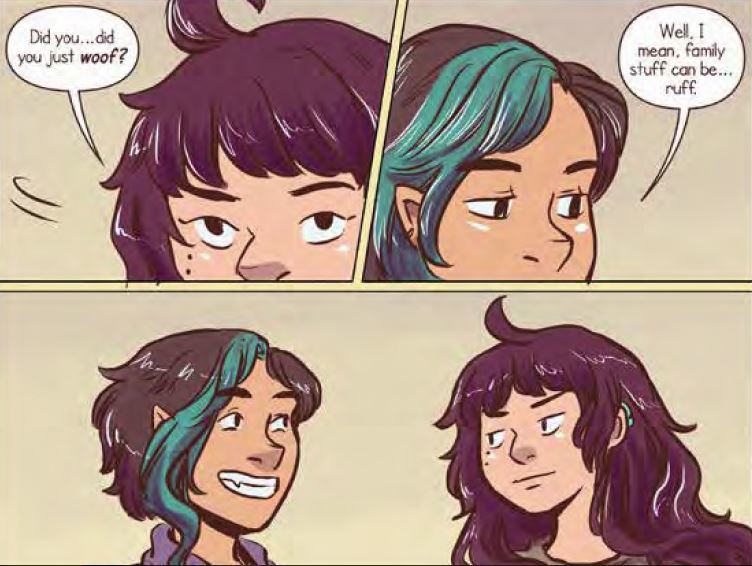 Mooncakes has strong witchy influences (as you might expect) and a fair amount of Chinese as well as the standard European occult mythology. Overall, it’s cute without being too saccharine and is a great fit if you want a book that makes you think of witches and fall without much in the way of scares. More treat than trick. The story really only begins the worldbuilding and focuses much more on the relationships between the characters, not just between Tam and Nova but also their family members. There are plenty of questions left unanswered so if you’re the type that needs all the loose ends tied up, this may not be for you. The art is pretty and bright and a great match for the cute/otherworldly tone of the story. Overall, I enjoyed it very much and would definitely suggest it to anyone looking for a fall supernatural romance with a diverse cast of characters.

If you pick up either of these light reads for the fall/Halloween season, let me know what you think! I’ll be back next week with my two picks on a monster hunting theme!

Fair warning, they will be a lot less cute and probably more gory as we work our way towards Halloween.