Children of Morta sets its story in a distant land but copes with themes closer to our daily lives that one would expect. It is a story of simple emotions we all know so well and value more than sometimes we dare to admit: love and hope, longing and uncertainty, ultimately loss and sacrifice we are willing to make to save the ones we care the most for.

Embark on the adventure of an extraordinary family of heroes. With the Corruption spreading through the land, guardians of the Mountain Morta have to stand up against the ancient evil. But… it’s not a story about saving the universe. It’s a story about a valiant family standing together while the world around them is being devoured by darkness. 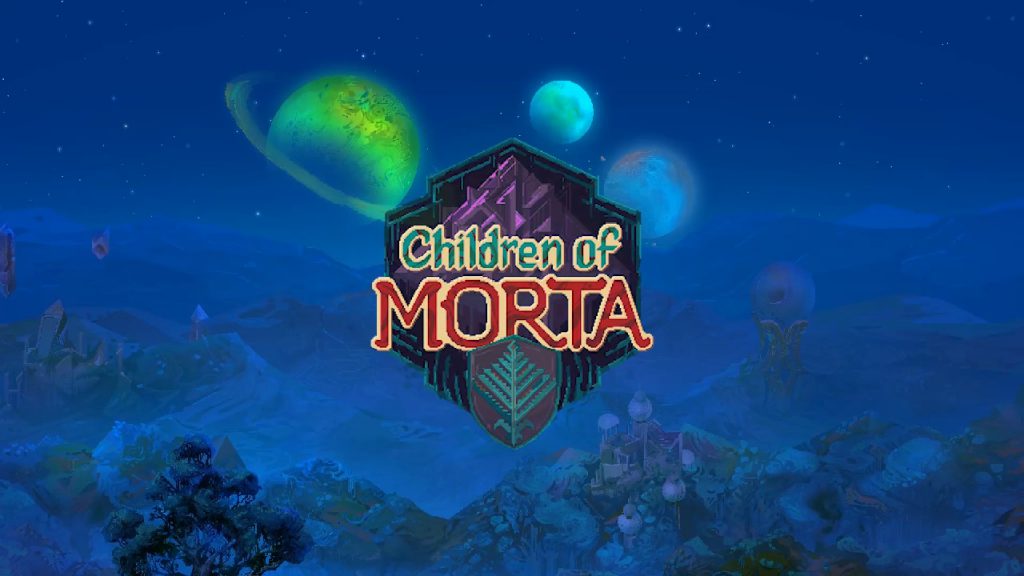 The Bergson’s family are basically the caretakers of the Mountain of Morta.  Everything is cool until an evil entity called the Corruption starts spreading and taking over the mountain.  They are left with no choice but to battle the Corruption and all of the creatures and minions and save their mountain.  The family must work together to fight back monsters and bosses to rid Morta of the evil entity.  It’s not really a deep storyline, but it does get emotional as you get to know each family member and get more and more attached to the family as a whole.  There are some touching moments and I was never not excited to see what happens next. 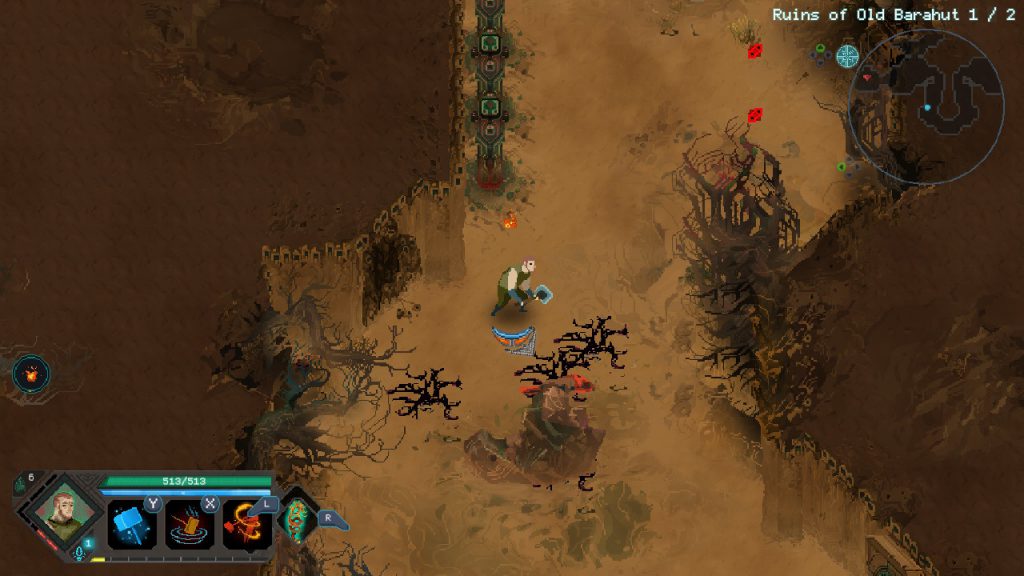 The graphics of Children of Morta fall back into the pixel art category.  It is an indie game, and like a lot of it’s brethren, they went with simple pixelated graphics with similar sounds.  Not to say it doesn’t look amazing though as there are tons of overlooking views and really cosmic looking areas of the world with planets and space in the background.  There are three particular areas to discover with multiple levels each, and they all have a different aesthetic.  The enemies and sprites had a lot of work put into them and the sound effects are on the same level.  There is a central hub world which is the Bergsons’s house and it is full of detail and life and changes throughout the game as you progress. 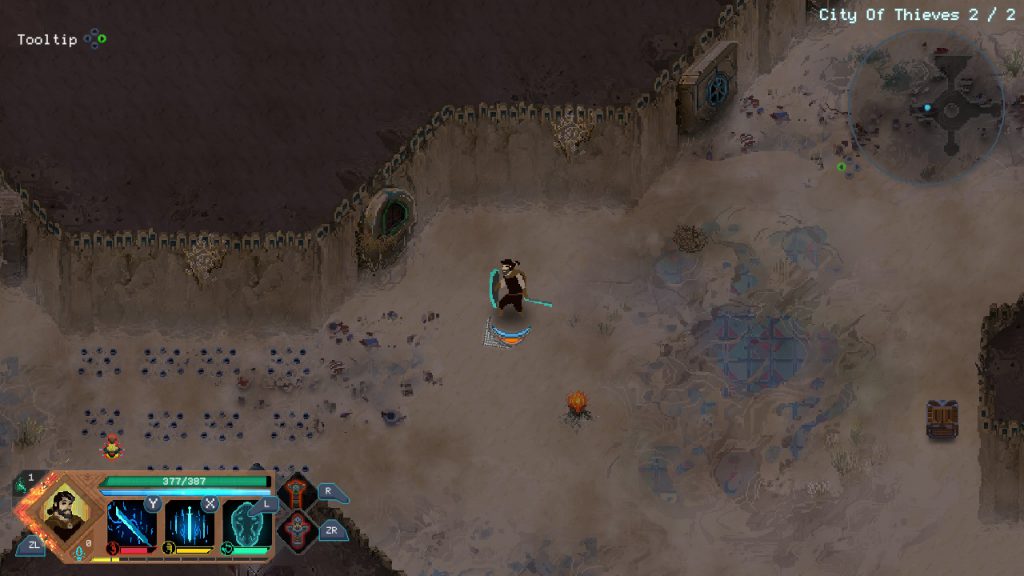 The game play is where this one really shines.  It’s roots are certainly a rogue-lite, but game play wise it is full on an action RPG.  I would compare being out in the field on a run to one of the Diablo games.  You have a top-down view of the character and some of the moments are slightly bullet-hell.  The controls are super tight and easy to get a hold of. 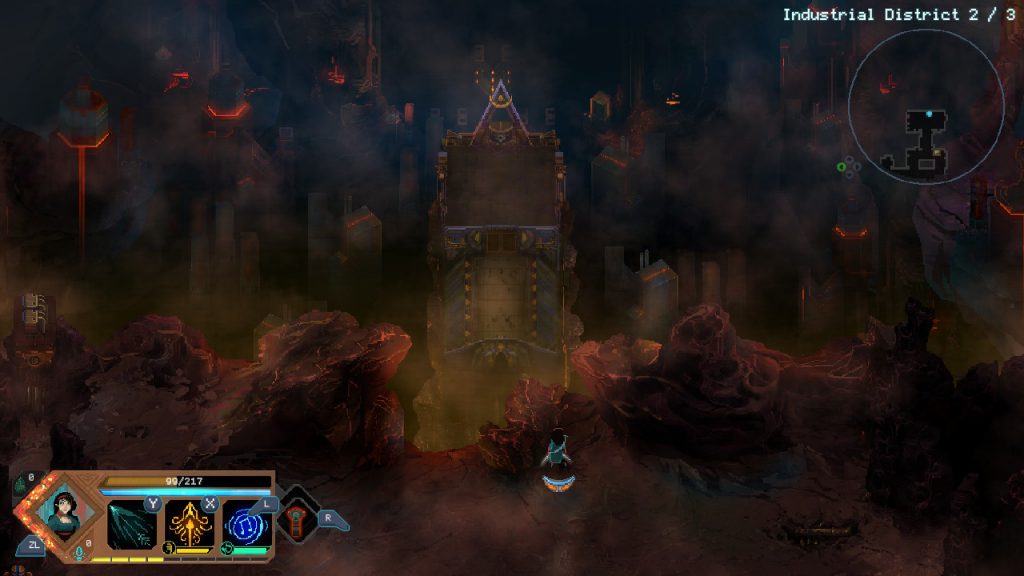 What really makes this game awesome is that each member of the family plays a different RPG role.  The father, John, is who you start out as, and he is the classic warrior class and has a sword and shield.  The oldest daughter is named Linda, and she is the archer and focuses specifically on ranged attacks.  The other children and cousins play the roles of monk, assassin, and mage and tank.  Some of the members are not playable but everyone has a place in the storyline.  Each playable character has their own upgrade tree and you level them up individually.  One of my favorite parts though is the more you level up the family as a whole, the more they all get stronger.  There is a skill tree for each member along with an overall skill tree for the whole family and it helps to not only focus on one, but really on the group as a whole. 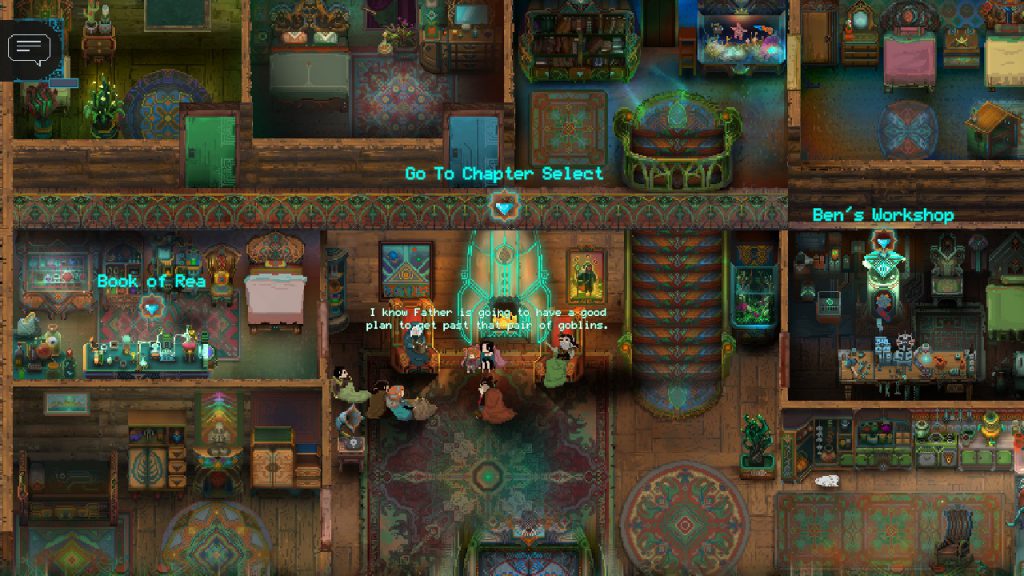 I never felt like I was grinding, but unlike a lot of the rouge games, this one has an outside progression that I really appreciated.  I enjoyed leveling up each character individually, but also getting stronger as a family.  It made the journey much more addicting and by the time the game was coming to an end, I could handle anything they threw at me. 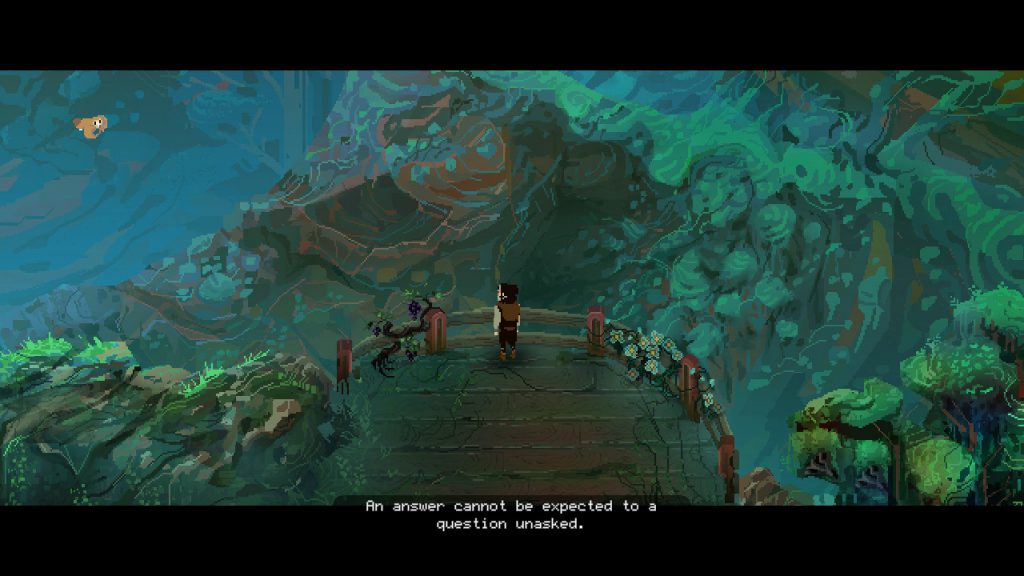 This game took awhile for me to beat, 35 hours plus.  I admittedly took my time with each character and nearly leveled everyone out and unlocked all of the skills.  But even without doing that, it would have taken a good 20 hours to beat the game.  Maybe someone with more skills than me could do it faster, but I felt like it was worth all the time I spent.  I believe they also recently released another character to play as well, for free.  It was one of the most fun rogue-lite games I’ve played and if anyone likes the genre or hack and slash rpgs, give this one a go.  I got it on sale for right about 20 bucks and it was worth every penny. 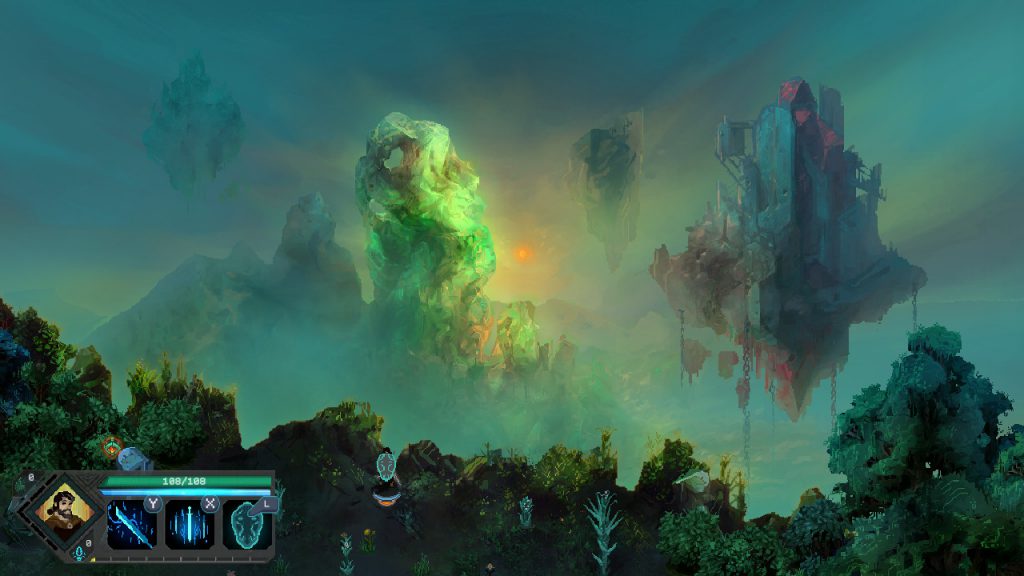