Welcome back! This week I’ll be looking at one of the most well loved and familiar of monsters, the vampire! Vampires have been a part of horror and speculative fiction for so long now that we’ve seen them in many different incarnations. Everything from the classy and creepy Dracula to the sparkly clan in Twilight to the straight up ravenous monsters in 30 Days of Night. I love seeing all the different versions (except maybe for the sparkly/sexy ones) and even found a new one in Salem’s Lot, which I also picked up this month. But this week, I got a new treat in the form of a story that’s somewhere between a vampire story and a Weird Western and one hundred percent delightful, in the dark and creepy Halloween way. In the previous weeks of my Halloween Showcase, I’ve been looking at two different examples of each theme. These week however, I was so enamored of my first choice that I wanted to leave myself all the time to talk about it! 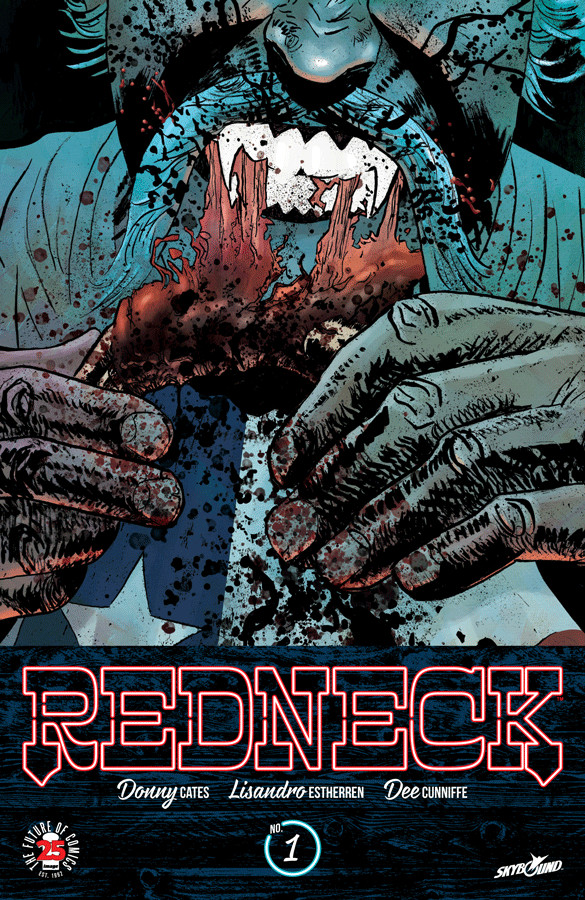 This week, I’m looking at the ongoing series, Redneck, published by Image Comics starting in 2017 and planned for at least a few more issues. Redneck is written by Donny Cates and illustrated by Lisandro Estherren and introduces a family of vampires, the Bowmans, who have made new lives for themselves running the local barbeque restaurant in the small town of Sulphur Springs, Texas. But the Bowmans have been in Texas for a very long time, predating Texas itself, and you rarely live that long without building some enemies. In the case of the Bowmans, the old enmities are starting to bubble to the surface as the cycle of violence that they’d thought they had escaped begins again. 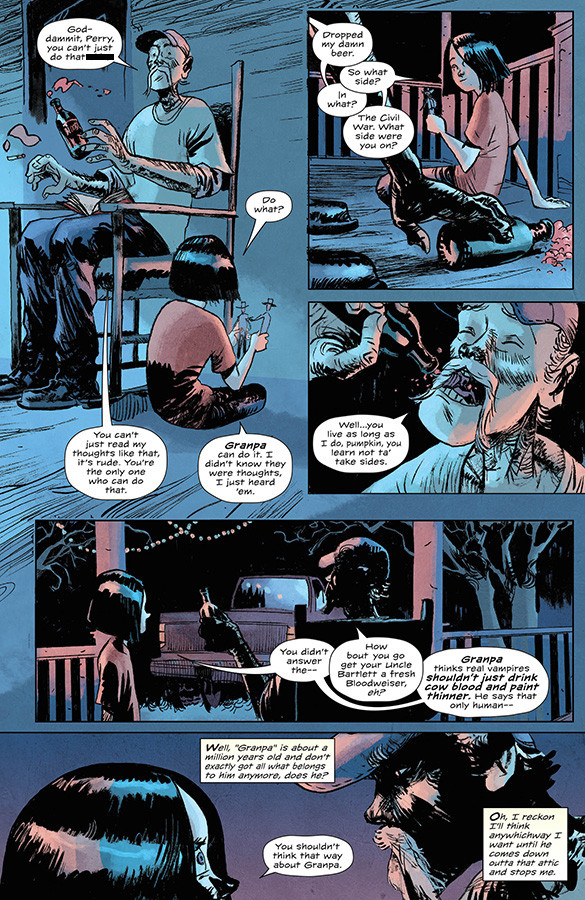 As the daughter of a proud Texan, there’s always been something about that history that appealed to me on a deep level and while I’m not typically a fan of straight Westerns, I deeply love the weird and supernatural versions of it and Redneck was right up that alley. The blood feud between the Bowmans and the other well known family of Sulphur Springs, the Landrys, that begins the conflict at the heart of the first volume is very reminiscent of the Hatfields and the McCoys, with a much less even playing field. Even so, the Bowmans have paid plenty in blood by the time the story starts. From that first volume, the story rockets through vampire lore and family drama at a breakneck pace. Few of the characters are completely good (they are vampires after all) but I fell in love with many of the Bowmans as the story progressed and I couldn’t help but want them to succeed, even as they did some frankly stupid or reckless things. Once I started, it was almost impossible to put down until I’d finished the fourth volume and started jonesing for the next (as yet unreleased). Cates and Estherren are certainly fans of cliff hangers as the fourth volume leaves things in a precarious place for the surviving members of the Bowman clan and waiting for the next part of the story is going to be brutal.

While I loved the writing and characterization in Redneck, I definitely have to say that I really liked the art as well. It’s certainly more on the cartoonish side than realistic but the tendency towards dark palettes with bright splashes of color made it felt both creepy and tense. And while it’s certainly got its fair share of blood and gore (it is a vampire story), it never feels too over the top or gross, unlike some Garth Ennis stories I could mention. 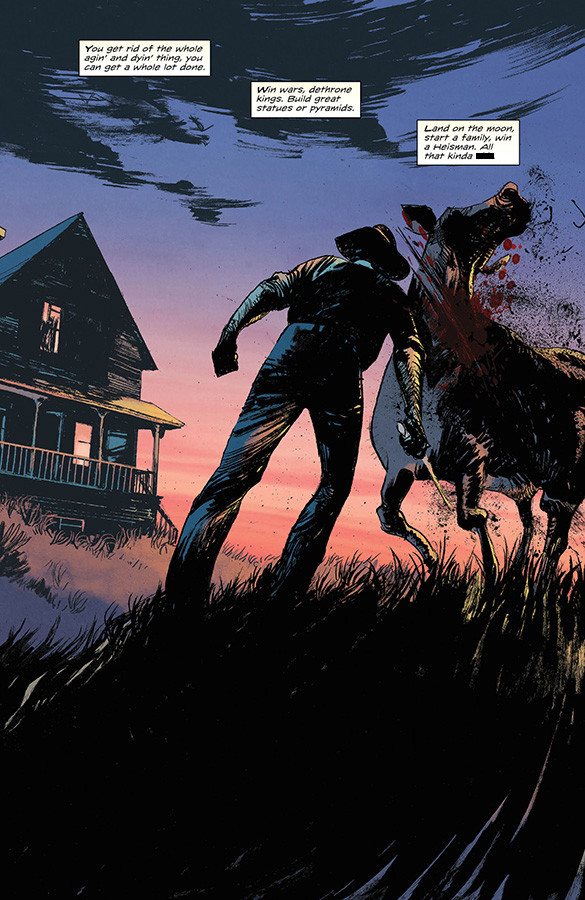 Redneck is a perfect choice if you’re more on the side of monstrous (30 Days of Night) or menacing (Dracula, Salem’s Lot) than the sparkly sort of vampire. No judgment if you’re into the sexy version of vampires, but this ain’t them. Redneck is full of high-octane action, family drama and plenty of blood drinking and while not as horrifying as stories like Something Is Killing the Children, it still satisfied that itch for a bloody vampire story. It’s a delightful mix of weird western and family epic and if you end up picking it up, let me know what you think of it!