Skip to content
Home » Boxed Culture: The Experience of Playing a Game

The Experience of Playing a Game

So, a long time ago I talked to Mike Fitzgerald about games. This weekend I played a game that made me think of that conversation again. This weekend I was taught Twilight Struggle and, boy-wowie, was it something.

I bet you were thinking this was a Sci-fi space about a spaceship vs a black hole…Wait, that sounds pretty fun, actually.

Twilight Struggle is a pretty renowned game that pits two players, one controlling the USSR and the other controlling the US, against each other for the fate of the world during the Cold War. The game plays with each player using cards that represent different events during the Cold War to change their influence in pivotal countries to gain victory points. The player with the most victory points at the end of 10 turns, who doesn’t trigger a nuclear war, wins! The main aspect of this game that made me recall my conversation with Mr. Fitzgerald was how a game is really a competition between two people managing luck and using skill to win.

Any game is inherently a competition between two people. It is hard to make an argument against that point, but not all games have to be treated with a competitive attitude. Confusing, I know, and there are probably people who don’t agree. I would submit everyone has played at least one game where winning the competition wasn’t the focal point. Anyway, Twilight Struggle is as much of a game as a game can get. The balance of managing luck and skill is at the forefront of this game, thus making it a two player masterpiece. If you don’t believe me believe then believe the people who have managed to keep it in the top 3 on Boardgamegeek for a very, very long time.

Quite the spread. Three games about running countries or nations, a game about farming dwarves, and a game about diseases with ever-lasting consequences! 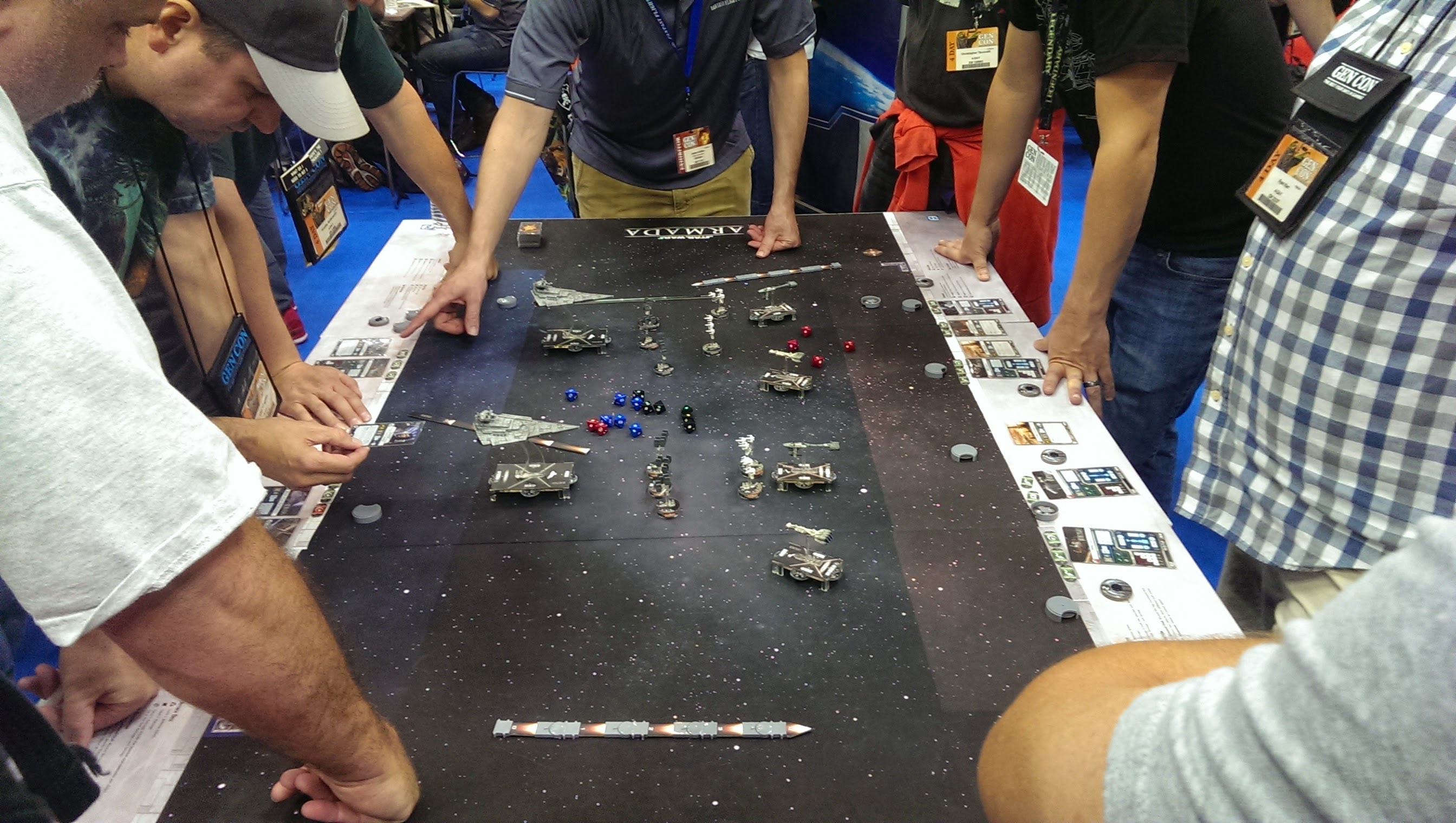 Stop the Battle and Summon the Space War Council! We need a plan to deal with the new threat of Giant Polyhedral Multicolored Space Entities!!

I love Armada but the distance between mitigating luck with proper use of skill is from that of Twilight Struggle. In fact, there are far more variables in Armada that make it so…get it. Star Trek jokes aside the experience from playing the two games explains my postulation. Both games were fun but they gave different experiences. Armada makes me feel like I am participating in a gigantic fleet battle using maneuvering and armaments to take down my opponent. It is a very thematic experience due to not only the beautiful models but also the universe it is set in being fully integrated into the game. Twilight Struggle does not have as much of a thematic experience. Yes, it has the setting of the Cold War and the cards are based on historical events but as someone who isn’t much of a historian, it comes off as lacking in theme. Not devoid but having less theme than Armada due to the fact that the mechanics do not play as heavily into the story of the game in my opinion. However, this relative lack of theme made the game experience more intense. I cared about everything I did and I cared about winning or losing. I was stressed and frustrated and happy and sad all during the three hours we played. It was awesome and I highly suggest if you don’t have that often, you try to find a way to experience it more.

I do enjoy both games, though if you asked my buddy who taught me though he would tell you I hated Twilight Struggle. It was intense but I think it is a great game just like Armada. I generally play armada for fun and like to see what hits the table for each battle. I played Twilight Struggle to win a game between two people which made the experience very different. I am only now venturing into the realm of two player competitive games that are not living card games and it is quite a different world! What do you all think about two player games, Twilight Struggle, Armada, or the definition of games? Leave some comments if you have any and I’ll see ya next time!