A look at the new Allegaeon album 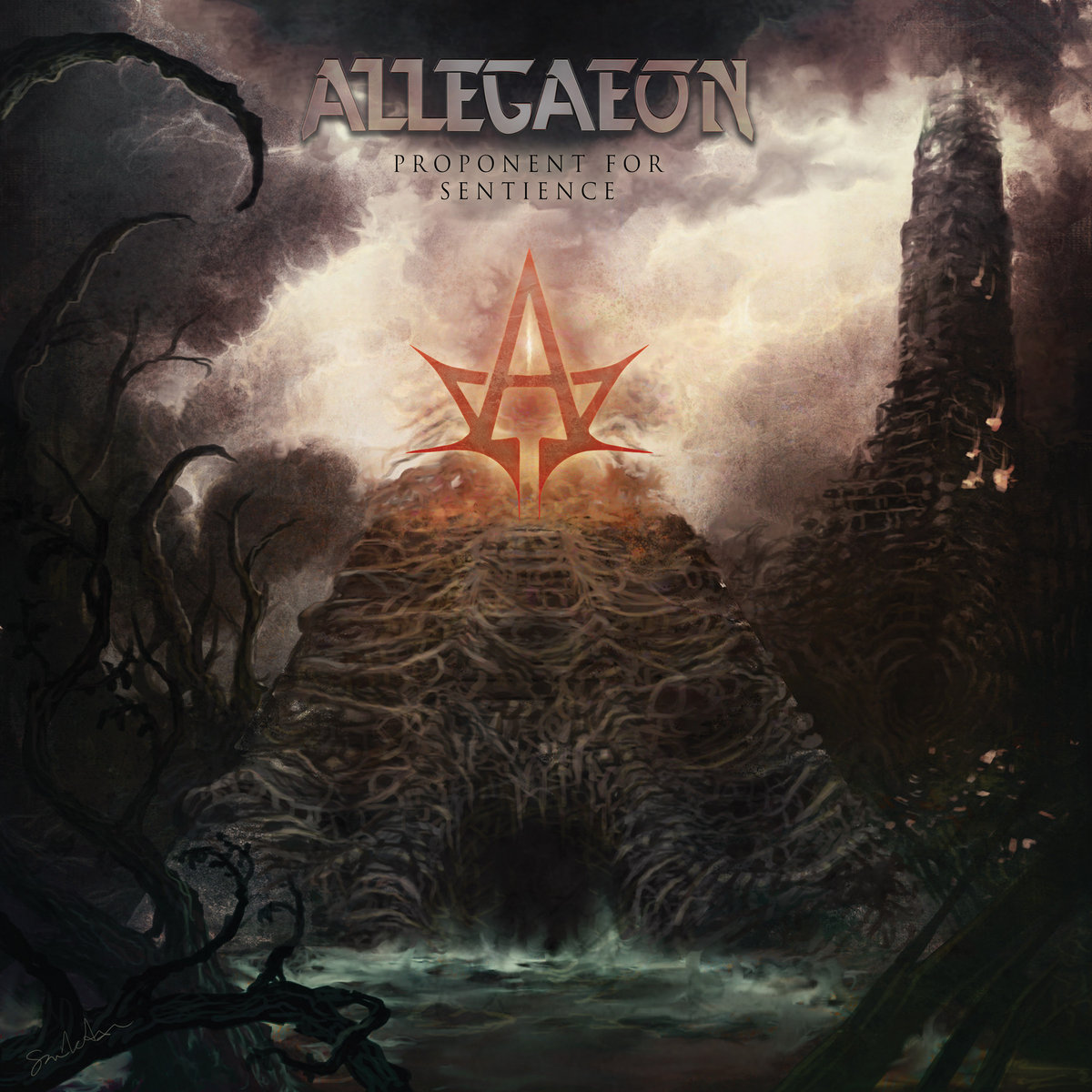 You may have been present for the music video that I posted that I had a nice little cameo in.  Well, the long wait is over and the new Allegaeon album is hot off the presses.  I have been a fan for a long time but admittedly not very familiar with their earlier work.  They were a band that I had picked up some material from a long time ago and occasionally their stuff would come up in shuffle on my music player at home and I would think “Goddamn, those guitars are badass.”

Once I learned that they were not only from Fort Collins but that a large number of my friends were personal friends of theirs, I looked into some of their material off of their last album, “Elements of the Infinite”.  Their music videos are fucking hilarious if you haven’t seen them (you really should, but I’m plugging the shit out of this album, so you will only get links to current material here).

They released four songs in advance before this album came out and each one made me more excited for this upcoming release.  The title track (as many reviewers have stated, is split into three parts are various stages of the album) really shines as the best moments of the album but there is never a time where I want to skip to the next song unless I’m showing a specific part to a friend.  For casual consumption, I listen to this thing from start to finish.

The first song, “Proponent for Sentience I – The Conception” begins very similarly to the way Fleshgod Apocalypse’s newest album does.  Epic and full of energy.  It really showcases the full scope and talent of the band and what they are capable of.  “All Hail Science” is the second song and the video below is the same one I posted from a few weeks ago.  This song is all about the scientific method and praising the badass scientists we have been graced with over the years.

“From Nothing” strikes me as a fairly traditional death metal song in a lot of ways, particularly the switch between high and low vocals and the technical precision of the guitar and drumming stands out quite a bit. “Gray Matter Mechanics – Apassionata Ex Machinea” is such a cool track. It delves into a skillset of guitar that is unrivaled in many ways. The flamenco picking and the song structure is really unique. And, is that some kind of salsa music in the middle? Eclectic as fuck.

“Of Mind and Matrix” features a guitar riffing style that I have often described as “heroic” (Starkill utilizes this often) and the double bass that accompanies this song is incredible. This one is probably my second song on the album, the most favorite for me being the next song, “Propnent For Sentience II – The Algorithm”. It has that epic sound again, and rolls into this slow vocal performance that reminds me a lot of Hypocrisy.

“Demons of an Intricate Design” is another song with some real cool guitarwork and it’s easy to get lost in the song just listening to everything that is going on. “Terrathaw and the Quake” feels almost Native American in style at the beginning and carries a large amount of weight in the way it’s performed.

“Cognitive Computations” features something that has never been seen in an Allegaeon song: clean vocals. I am hoping with the introduction of their new singer that this becomes something that they do more often because it is definitely a treat. This is how I felt about early Gojira when they started out. “The Arbiters” does that heroic kind of guitar thing again and has a very fast-paced feel to it.

The third title track, “Proponent for Sentience III – The Extermination” was the biggest surprise for me because they managed to get Bjorn Strid from Soilwork to join in this song. It is (in my opinion) one of the best vocal performances from Strid to date, a real powerful inclusion, The final song, “Subdivisions” is a Rush cover. Covering Rush is generally seen as a no-no as most people don’t believe any current band can do them justice but this song has been getting mad reviews across the world about how well it was done. The vocals are completely clean and the guitar fits very well.

So that’s the entirety of the album. Numerous reviews are going around with language much more eloquent than mine that corroborate my claims that this album is their best yet and will absolutely melt your face off. I apologize for the face melting in advance.

New Opeth next week! See ya!