Use your alchemic abilities to escape the island in this brutally challenging 2D action-platformer with no checkpoints. You’ll get better… eventually. 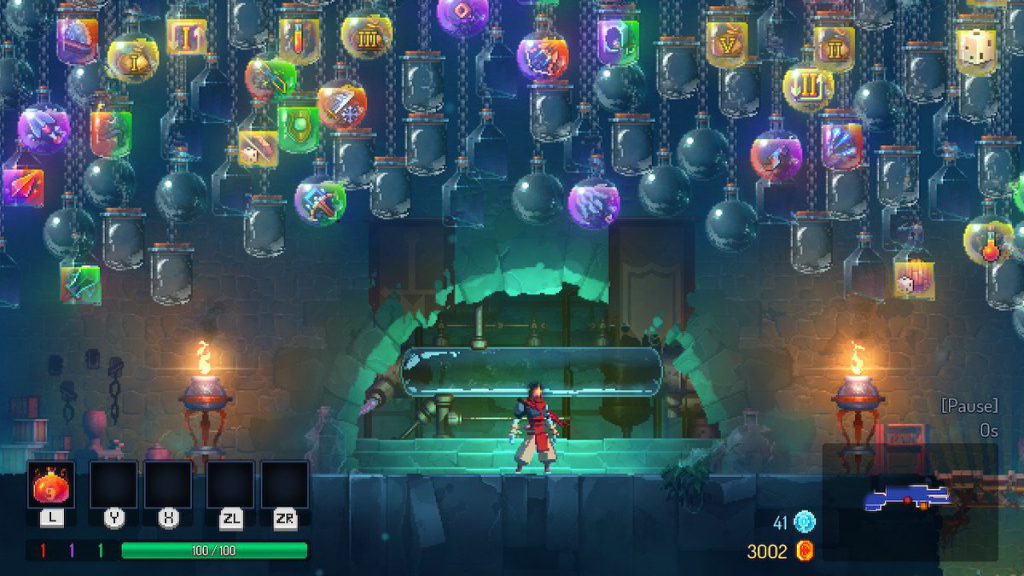 Dead Cells starts off with a pile of green goo falling from a pipe and crawling over to inhabit a dead body.  You start out looking around a fairly empty room with jars dangling in what looks like an abandoned prison. You find a few weapons/shields to pick up off the ground and jump right out into battle against enemies.  There is very little to this game as far as the story goes. If you slow down and start to read the clues you find on the ground throughout the levels, you will find that there is an evil king that has basically enslaved this world.  Most end up in the prison and poverty and it looks like you are the prisoner that is destined to defeat him. 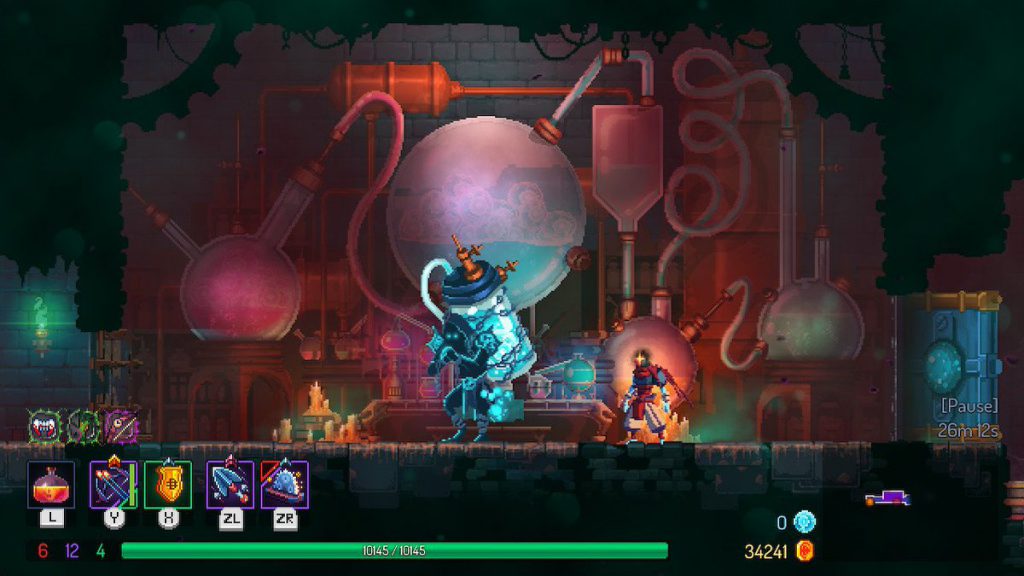 The graphics in Dead Cells are mostly pixels, it would be at home between the Super Nintendo/N64 eras.  You move around very quickly when dodging and rolling around, and it is very smooth even on the Switch which is the least powerful platform the game was released on.  The only time I felt any type of slowdown was when there were a TON of enemies on the screen and I had deployed tons of traps and environmental effects such as poison clouds.  Even then it was hardly noticeable. From what I understand, at launch was much worse, but they have patched it since. They have continued to work on the game and they have released a free dlc as well, bringing the amount of play time to a maximum.  The sound track fits every level nicely and the sound effects are perfect for the weapons and bad guys throughout the game. I would not necessarily go out of my way to listen to the songs, but I feel like they fit in the game nicely. 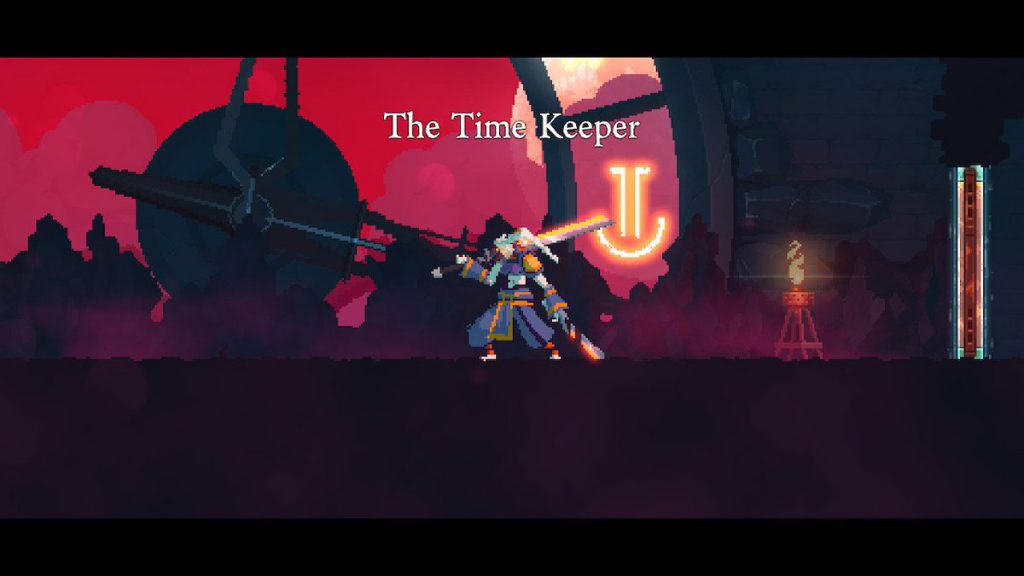 Oh man the game play, honestly I can’t describe how much fun this one is.  I have never played a so called roguelite game. There are a few descriptions on the internet that say that it is procedurally generated, permadeath dungeon crawler.  None of this seems like a game I would usually play and it took me quite a long time actually purchase this one. You basically start out with nothing, and work your way though levels which are built on the fly.  You collect upgrades and new weapons and gold/cells to upgrade weapons and permanent upgrades. But if you die, you lose those weapons you find during this specific run. But the permanent upgrades stick with you.  You can also use cells to upgrade your chance for getting a better tiered weapon and eventually you will only get the highest tiers. The more you play, the more permanent upgrades help you and the better weapons you unlock that you can encounter randomly throughout the run.  Once you get the controls down, you will find yourself dodging and using shields to parry attacks perfectly while throwing down traps and grenades right at the right times. Runs become really smooth and the more you play the better you get. I struggled with the first boss for a while, but now I can jump in and dodge nearly every one of his attacks and destroy him effortlessly.  This was how I felt taking on all the bosses and they are as easy as ever. Granted I have not tried to take them down on the much harder difficulties, but even then it’s a lot of fun I the regular play style. 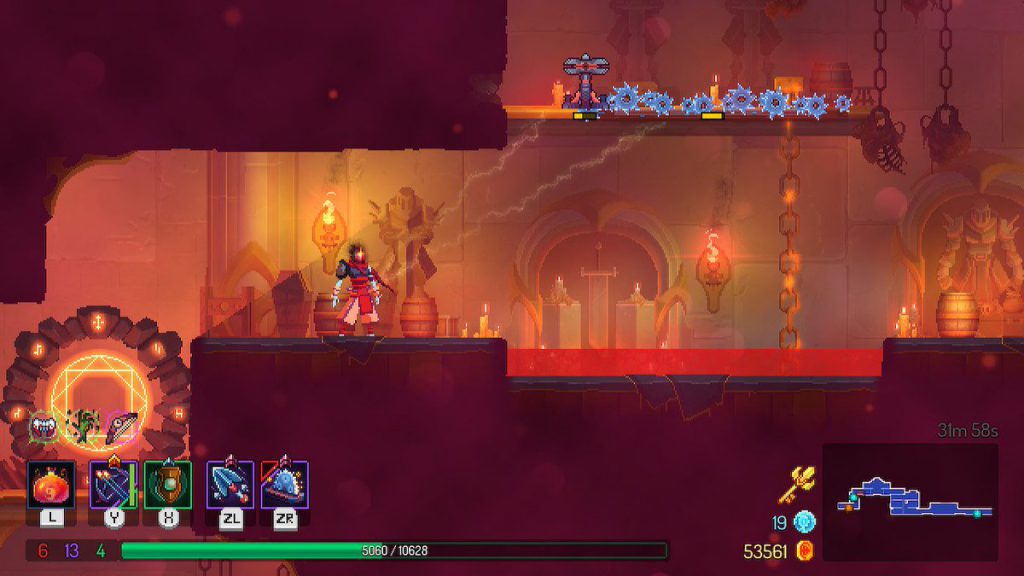 The value on this game is absolutely crazy.  It took me probably around 10 hours just to beat the final boss, but I had to play run after run to upgrade and unlock more weapons and traps to actually make it feasible.  Even then, the run to beat him was about an hour and a half. I had no where near everything unlocked by the time I beat him, so I have not actually stopped playing since then.  Even though it could take you as little as 30 minutes to get to the end of the game in one run, you can continue to upgrade and unlock more weapons. After you beat the boss for the time, you can apply the “boss cell” that you earn for taking him down to make the next play through considerably more difficult.  After that you can apply the next cell to upgrade it even more. You can get up to 5 boss cells, and from what I understand, it’s really tough to play at this level ever for the most experienced players. It took me months of playing on and off to get the second boss cell because of the difficulty spike. Now I’ve been playing with two boss cell applied and haven’t beat the boss yet and I’m still completely hooked.   I have tons of skills and weapons yet to unlock, I see myself playing for many more hours. It’s surprisingly addicting. I paid the full price of 25.00 dollars and I have put over 70 hours in so far. It quickly became one of my top played games. The added content has all been free so far, but they announced an expansion for 2020 that will be 5 dollars.  I’m not trying to gush so hard since I’m like to be level headed in these reviews, but damn I can’t stop playing this game.  I’m hoping to get others addicted just because it’s a unique game and I’ve never played anything like it before and it’s a blast.