“Just Shapes & Beats” is a chaotic co-op musical bullet-hell based on three simple things: avoid Shapes, move to the rad Beats, and die, repeatedly. It’s a new spin on SHMUPs, adding a layer of coop that’s at the core of the game: ’cause everything is better with friends. 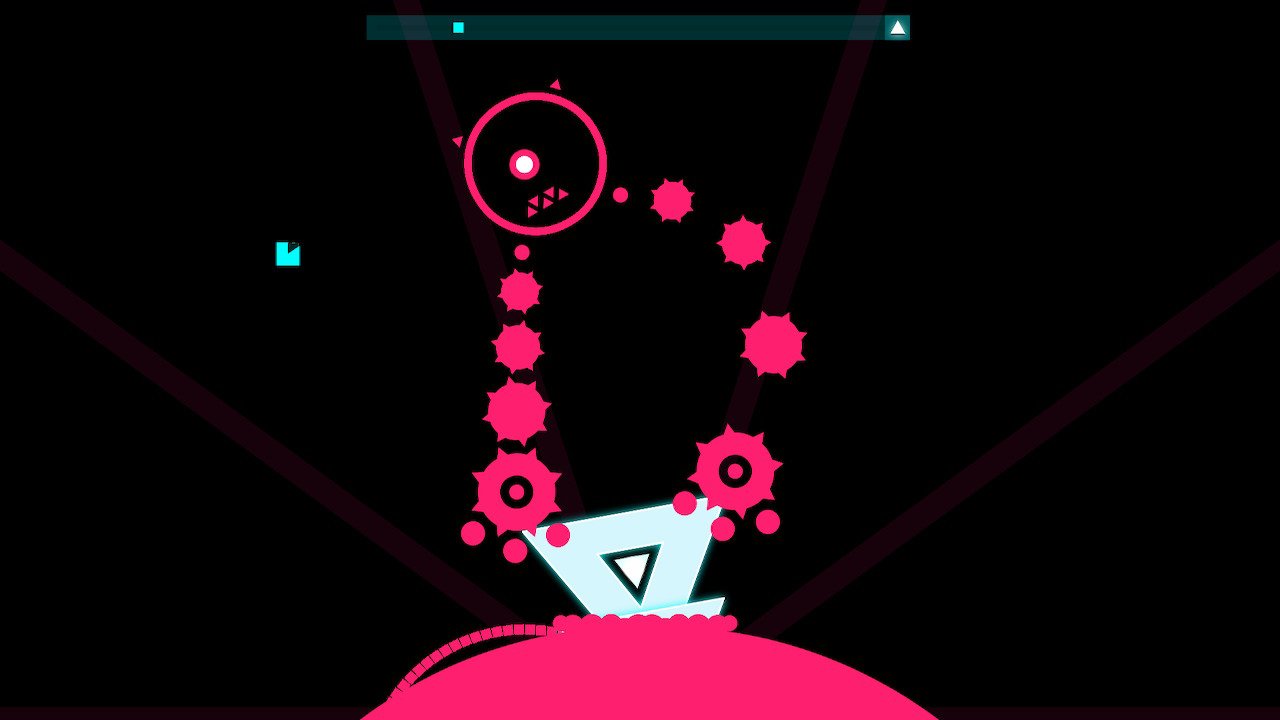 The storyline of Just Shapes and Beats (JSaB) is pretty simple.  You play the tiny blue cube working your way through an overworld, kinda like some of the Mario games, and move your way from level to level.  There are slight obstacles to avoid in the overworld, but it’s mostly to get to each level and eventually to the boss battles. The pink colored bad stuff is what you are fighting against to save the world.  This mode is mostly just to introduce the player to the game and to unlock more songs to play in the other modes. I have to say it’s kind of heart warming and it is cool to see the emotions the are able to convey with the little shapes and colors. 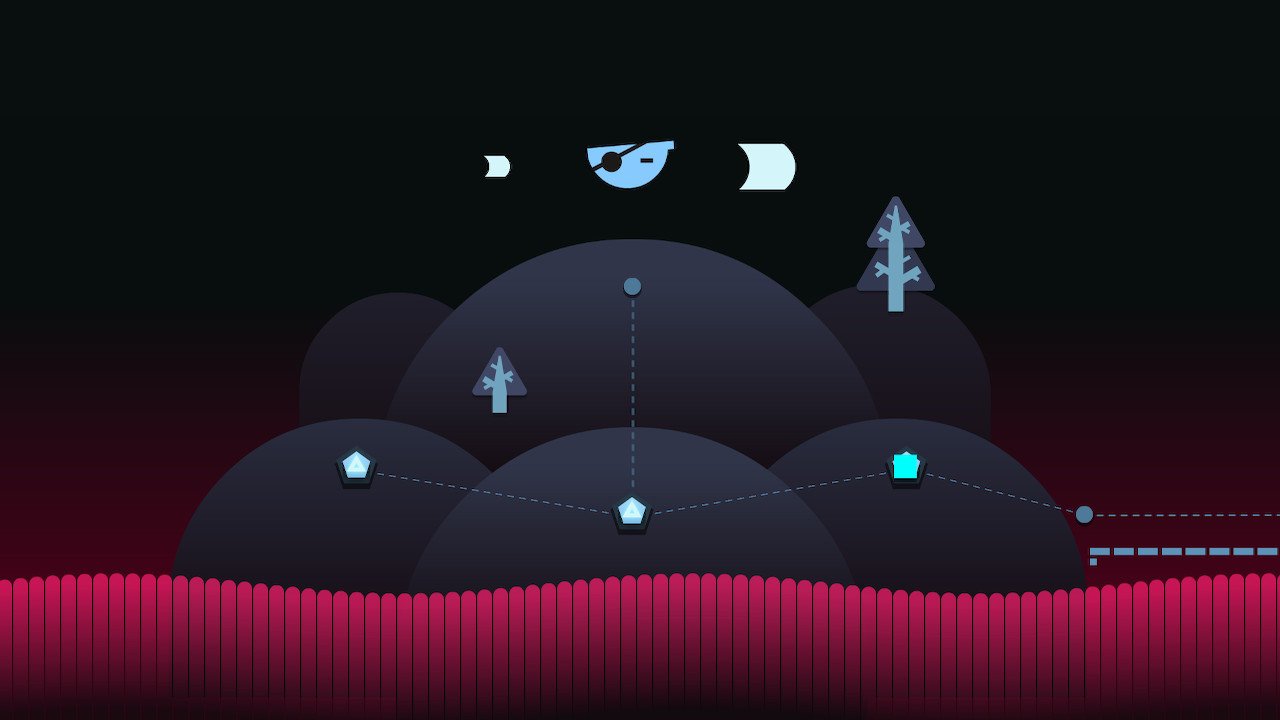 The graphics in JSaB are super simple, consisting of colorful shapes on a black background.  The pink stuff kills starts faded and will eventually turn to a solid bright pink, which hurts the player.  When playing multipler, there are 4 players: the blue cube, the yellow triangle, the orange circle and the green polygon.  As a single player, you always play as the blue cube. When the songs are rolling, the colors and shapes on the screen move around like crazy and get incredibly hectic, this game could easily mess with someone sensitive to light and sound.

Speaking of sound, that is where this game shines bright.  The soundtrack is amazing, using many different electronic and chiptunes artists best work to create each level (all the levels are named after the song).  Many are pulled from the Monstercat label, you can check them out on Youtube. This game is best played on good speakers or with a nice headset as the sound is really good if you like this type of music. 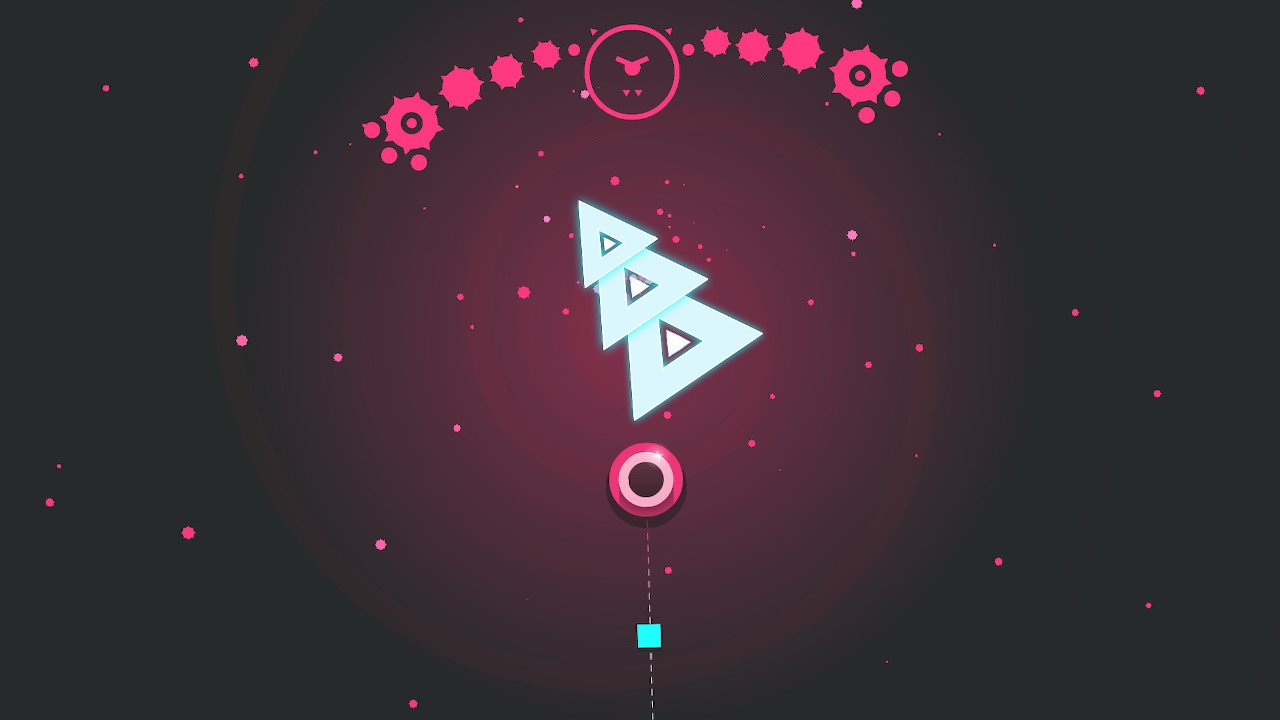 The game play is also extremely simple.  You just move the shapes around and avoid the incoming pink blobs and shapes on the screen.  You also have a dash move that can get you out of the way of danger really fast. You are also invincible when dashing so you can move across smaller chunks of pink death.  The levels have the shapes moving and dancing along with the music and are always the same. A lot of playing is memorizing the level and learning music cues as to when to move or dash out of the way.  If you get hit, a chunk of your shape disappears and once your shape is all gone, you die. During the song, you hit checkpoints which you will revive to when you die. But you can only die 3 times total on normal levels.  For the boss fights, there are no check points and dying will have you start at the beginning of the song.

There is also a casual mode where you will not die and it will just cycle through songs.  This would be nice for a party setting where players cycle in and out, and the music is just playing in the background.  For multiplayer games, if you die the other players can revive you by going near you and pressing a button. It’s much more fun and difficult to play with more people as you all have to survive the levels.  We had a blast playing this together on the same screen and linked Switches. 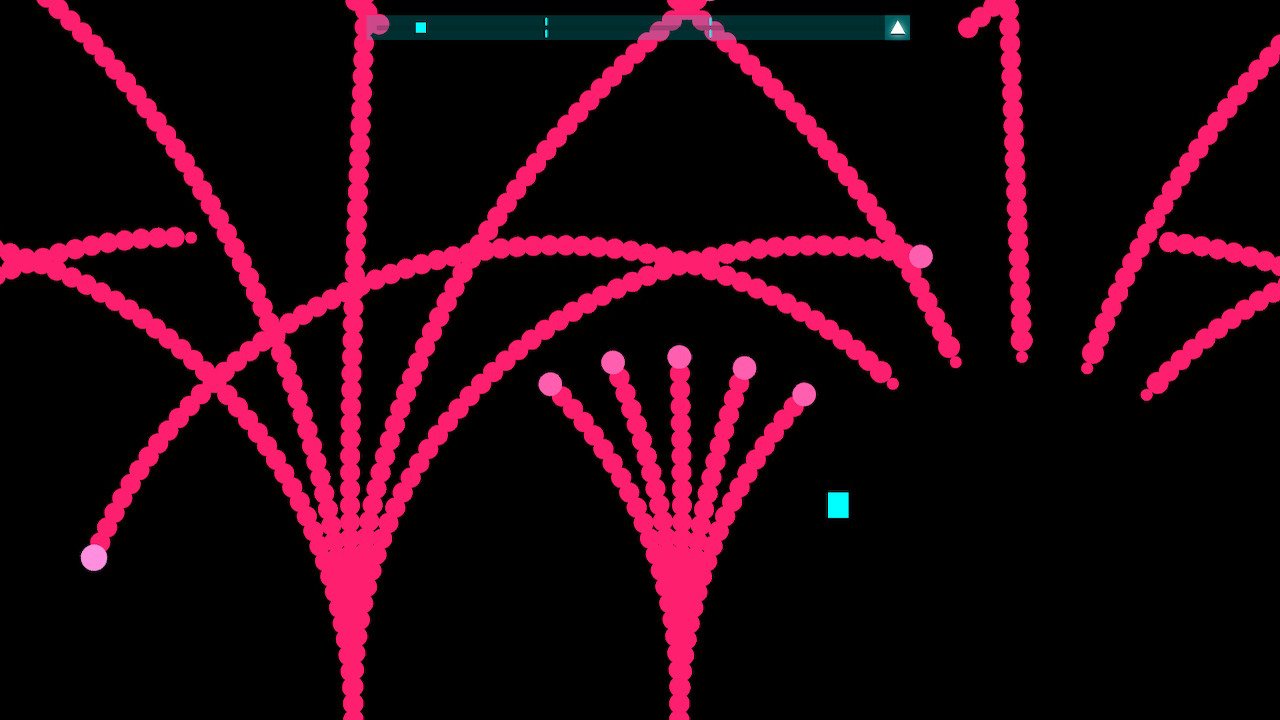 The story mode in this game is really short lasting only about 3 hours or so.  I paid 20.00 right at launch so it was a bit expensive but I’ve put close to 15 hours into the total between single player and playing with friends.  I do find it on sale every once and awhile as well. I would say it’s worth the price if you are looking for a casual party game and if you enjoy modern electronic music.  Since writing this they have also thrown in some updates with new music and some different modes that should extend play time if I decide to fire it up again.