Today we have a new series in our midst Joe Quick wrote for us in January for Star Wars month. He decided that he was going to write more after we ask him (read begged) for coverage on games. If you want know more about Joe go to his profile page on the top bar or click here. Now that that is over it is our pleasure to present to you, Retro-Viewer

This is a rather special episode for me. See, Super Mario RPG: Legend of the 7 Stars is not only an amazing RPG with awesome characters, amazing playability and great humor. It was also the first game I ever bought. My brother had the SNES when it first released, and we had a plethora of amazing titles. But when I saw the commercial for SM RPG, I knew that it must be mine. It looked amazing! And it absolutely was, for so many reasons. 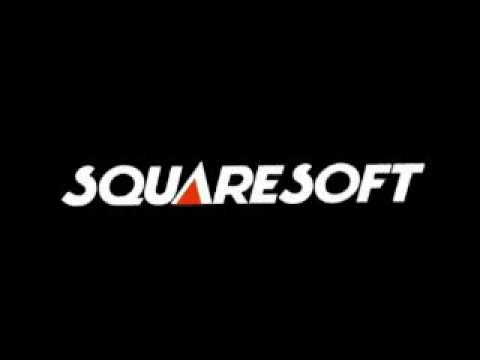 Yeah, they made this AND Kingdom Hearts.

This game was a huge change for the Mario style, and was the first official RPG in the Mario universe. And a large part of that success is due to the partnership with Square. Y’know, the company responsible for Final Fantasy? Some of the greatest RPGs in the world? Yeah, those guys. Back then, they were still Squaresoft, and at the time I had been drilling hours into Final Fantasy 3 (or 6, whichever you wanna call it). Because of their involvement, Mario games were introduced to a gigantic shift in genre. This shift eventually led to games like the SuperStar Saga, Bowser’s Inside Story, Paper Mario, etc. In my opinion? This is still the best one. And speaking of Bowser…

For scale, those towers are the top of Bowser’s Keep. And yes, you have to fight him.

So, up to this point, the plot to Mario games are pretty straight-forward. Bowser shows up, kidnaps Princess Toadstool (who is actually renamed Peach for the first time), Mario tracks him down and beats his ass. And this one is no different. The intro scene plays out as Bowser swoops down and grabs Peach from Mario’s front lawn. Then you start the game in… Bowser’s castle? Within 5 minutes, you end up on top of some Chandeliers and you’re straight up fighting the King of the Koopas! Aaaand about a minute after that, you beat him. And then this gigantic sword punches into the castle and the actual adventure begins! It’s sentient! It’s cruel! It’s a friggin’ giant sword!! You go on the quest for the Seven Stars scattered throughout the world and, in true Square fashion, you are introduced to each of your party as you go along. 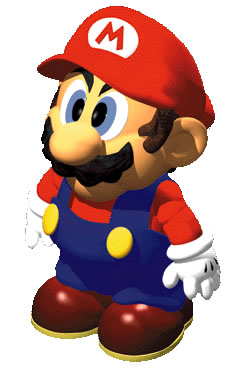 Look at that doofy face. He’s gonna need all the help he can get…

SM RPG introduces a couple of new characters, though the cast is small. You only have 3 characters in play at a time, and Mario can’t be switched out, so you actually only trade through the other four. Mallow is the first you meet, a puffy little… frog? (He’s actually the lost Prince of a Cloud Kingdom, but he was raised by frogs, so he’s a little confused). Then you get Geno, a star-citizen possessing the body of a doll (which sounds really scary, now that I think about it). You also get Peach as a character, and she’s pretty badass. She heals, she does solid damage and has some group-attack spells. But my favorite was the last one I was expecting, during my first play-through. Bowser, King of the Koopas, actually becomes a part of the Team! The first time ever, Bowser became a playable character, and he is exactly the Powerhouse he should be. My team generally ended up alternating between Geno/Bowser and Peach/Bowser (with Peach close to Mario. You never know when old habits can strike). 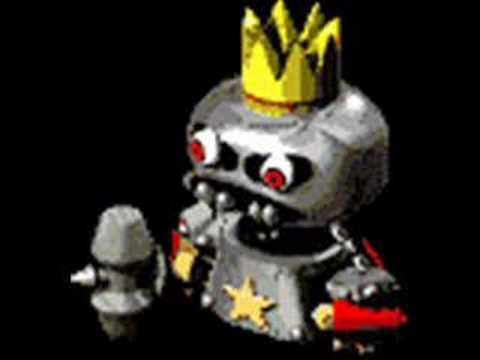 As it turns out, the twisted mind behind this strike force is a savage weapon smith, called simply Smithy. All of Smithy’s cronies are some form of weapon, from Bowyer the crazed Bow Man (not bowman, he literally has a Bow for a body and his flunkies are arrows), to the Axem Rangers, a team of axe wielding maniacs who are a horrific parody of the Power Rangers (dead serious, they are colour coordinated and everything). Smithy’s ultimate goal is world conquest, which he started by destroying the Star Road. The Star Road granted the people of Mario’s world their wishes, and without it, no wishes could ever come true again. Not without returning the Seven Stars to their rightful place.  And I feel like maybe that was the underlying message of SM RPG. When the weapons of war are wielded by the hands of Tyrants, it can seem all hope is lost. But even the most powerful weapons are no match for the resolve of those who will stand for what is right. And it helps if that Champion of Right brings a friend who can breathe fire.