The Fall of Hearts 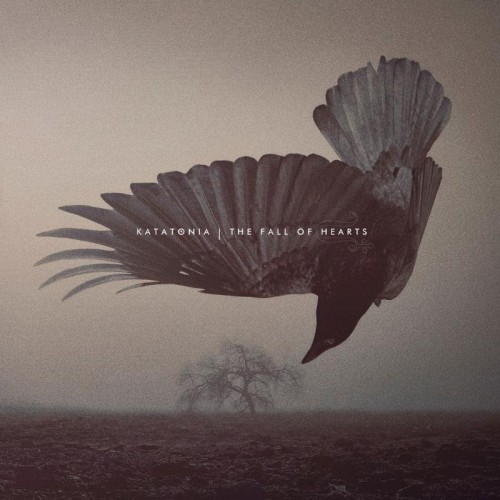 Katatonia has l0ng been a favorite of mine.  I first heard them in 2003 when Viva Emptiness had been released and I really dug the way Jonas’s calm and soothing voice contrasted the deep tonality of the guitars featured in the band.  As their sound progressed and they continued to release albums every three years, I saw a move toward a mellower, more progressive, and even ambient sound.  I was convinced that when they released Dethroned and Uncrowned (a stripped down remixed version of the 2012 album Dead End Kings) in 2013 on Kscope Music that they would continue to stay on Kscope and begin to release more progressive music, as their label is known to do.

I was pleasantly surprised at the musicianship of their new album, The Fall of Hearts.  Though it is categorized as progressive rock, there are some decisively heavy moments of guitar and many more solos than any of their previous work with the addition of new guitarist Roger Ojersson.  I’d like to talk about the album a little more in depth with you below.

“Takeover”, a 7:07 song, begins the album.  Clean vocals and mellow guitar starts off.  It only takes a minute before the heavy guitars kick in.  The song has the feel of a lot of the songs on the 2006 album, The Great Cold Distance.  This is a common occurrence I noticed throughout this album.  Lines like “Come back, forgive me” seem to allude to a relationship gone sour, where the person in question has regretted their involvement in the schism.

“Serein”, the second song, is a word that I had to look up via dictionary.com which lists the word as archaic in nature, meaning “the supposed fall of dew from a clear sky just after sunset.”  This is a song I’ll have to look into more, but it definitely has some real catchy parts and they have released a music video for the track as of recent.

“Old Heart Falls” is the other single from the album.  This one is probably the least exciting song on the album.  This isn’t to say that the song is unexciting by any means.  This is a testament to the rest of the song being so good that this one is the worst of them all.

“Decima” is a real mellow progressive rock tune that has a strong piano that drives the song.  “Sanction” (one of my favorite contranyms) has the coolest guitar in the whole album.  It’s very doomy and full of tone.  It’s kind of mixture between The Great Cold Distance and Night is the New Day albums.  In fact, I think this one may be my absolute favorite song on this album and my favorite Katatonia song since “Inside the City of Glass” on Viva Emptiness.

“Residual” feels like a hybrid between some of the mellower songs on Viva Emptiness and Dead End Kings.  “Serac” was another word I had to look up.  Its definition is listed as “a pinnacle or ridge of ice on the surface of a glacier.”  This one is probably my second favorite on the album.  It has a Dream Theater feel at times in the notion that so many things are happening at once.  It also has some amazing vocals.

“Last Song Before the Fade” is listed as the one of the top 5 Katatonia songs on Spotify.  I think this is in part because of the depressing nature of the song as well as the atmospheric effects happening combined with the really sweet piano.  “Shifts” has this perfect combination of vocals, piano, bass, and drums.  A very jazzy kind of mellowness that you might have drinks to.  You know, if you were feeling really down.

“The Night Subscriber” is the song I remember the least.  I see the name in the playlist and I can’t remember how it goes until I finally hear it again.  It has a very Night is the New Day feel with some of the elements of Dethroned and Uncrowned included.  It really is a cool ass song.  “Pale Flag” is the shortest song (by one second) at 4:24 and is probably the song that sounds the least like any Katatonia song I have ever heard.  Mostly it’s the acoustic guitar.  The song is very sad but also very good.  “Passer” is the final song on the album.  It starts off with a super wicked guitar solo that is reminiscent of old Opeth.  This song really showcases the new guitarist’s skills.

That’s all for this week.  I’m a few weeks ahead at this point, which is great because I am not sure which direction I will be doing next.  See you later!