Skip to content
Home » Graphic Reviews: Into the Spider-Verse

While I can’t claim to be the most plugged into the Marvel universe, Spider-Man: Into the Spider-Verse took me completely by surprise. I’ll admit that I pay very little attention to the newest superhero comics. It’s not lack of interest so much as feeling overwhelmed on where to start. I’ve been reading comics for roughly ten years but haphazardly and never with the kind of commitment that superhero comics require to stay on top of them. I’ve been very interested in the new Spider-Gwen series being written by Seanan McGuire so I was at least vaguely aware of the concept of Spidergeddon. I caught quite a few of DC’s New 52 series but have dropped off since then and never really figured an entry point into Marvel’s comics which didn’t feature the Merc with a Mouth. And I can’t claim to watch a lot of TV, but I never saw an ad for Into the Spider-Verse before hearing about it via word of mouth. It wasn’t until a fellow Aeither writer, Kyle, mentioned that he was super excited to go see it that I found out it even existed. Recently, I had the chance to see it at Alamo Drafthouse and was so excited afterwards that I had to talk about it for Graphic Reviews! Even if I am a bit late for this party considering it’s been out for a month now. Better late than never! The life motto of a procrastinator.

Spider-Man: Into the Spider-Verse introduces Miles Morales, a kid from Brooklyn who landed a scholarship to a new school and is moving from his public Brooklyn school to a new, private one. Miles feels connected to his part of New York and feels like a bit of a traitor for pulling stakes, even as his parents are excited for the new opportunities. When Miles is bitten by a radioactive spider in the subway, he discovers new powers that he thought only belonged to Spider-Man. When these powers cause Miles to run into Peter Parker, it sets him on a collision course with the Kingpin, whose own past mistakes have led to an obsession with finding alternate universes. In his desperation, Kingpin starts to destabilize everything Miles knows and loves as other versions of Spider-Man are drawn into the conflict. Can the Spidey heroes stop Kingpin before he destroys everything? And will Miles ever get a handle on his new powers, let alone any of the other things in his life? 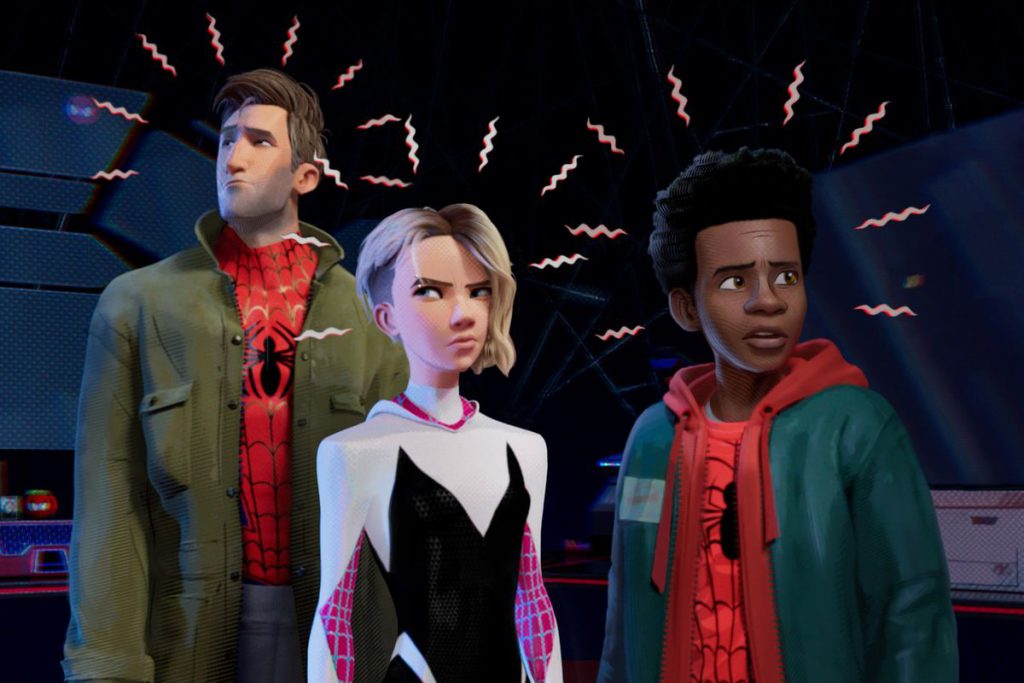 Seriously, the style of this movie was absolute perfection

After Kyle first told me about the movie, I suddenly started hearing from other friends, who all universally LOVED Into the Spider-Verse. I had one friend call it “the best Marvel movie to date.” That’s very high praise considering previous additions to the MCU and honestly, almost impossible for me to believe prior to seeing it for myself. I loved Black Panther and the newest Thor (among many others) and the idea that an animated movie would outpace them that much was incredible in the literal sense of the word. And yet. I can say with absolute certainty that Spider-man: Into the Spider-Verse is not only the best Marvel movie, it’s the best comic book movie that I’ve ever seen. I’ve always maintained that DC has had the better animated movies while Marvel has blown DC out of the water with their live action films. Into the Spider-Verse obliterates that theory.

Into the Spider-Verse is, first and foremost, a love letter to Spidey comics. My brother was a Spider-Man fan while we were kids and while I didn’t get into superheroes until my early twenties, I ended up reading any comics that happened to be left lying around. As a result, I ended up liking Spidey and appreciating the superhero who was just a geeky kid trying to figure out how the hell to deal with both puberty and wrecking bad guys and still make it home at the end of the night. In many ways, Miles is exactly that same kid, for all that he has issues all his own. That same struggle to figure out your place in the world and what to fight for is at the core of Into the Spider-Verse. Miles is intrinsically sympathetic, a kid whose artistic expression is directly at odds with a strict father and the expectations of school and society. When Miles is confronted with the other versions of Spidey who have had a chance to figure out their own situations before getting tossed up against Kingpin, he can’t help but feel inadequate to the task. And as the viewer, it’s so very easier to sympathize with and cheer on Miles. He’s the underdog we all love to see and so much more real than the larger than life superheroes like Captain America and Thor. In addition, the interaction between the Spideys was fantastic. The idea of grizzled, cynical middle aged Peter Parker as reluctant mentor, the graceful and intelligent Spider Gwen as friend and potential romantic interest (not to mention the fantastic Spider-Man Noir, Spider-Ham and Peni Parker) all alternately uplifted and served as a reality check for Miles. They served to show all the various sides of Spidey that fans know and love. 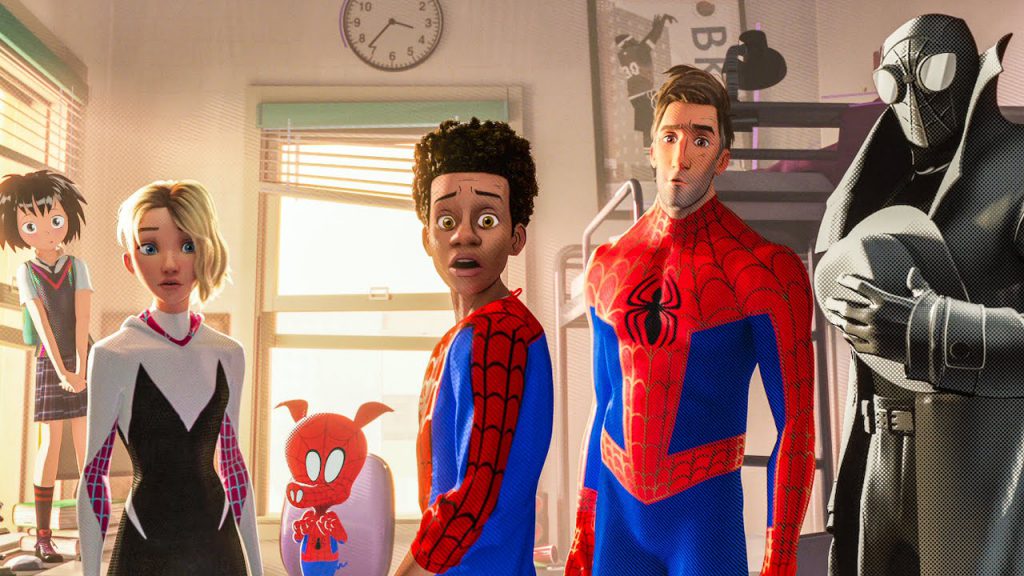 Above all however, what launches Into the Spider-Verse into the stratosphere for me as far as comic book movies are concerned is the absolute love of the medium. The movie takes risks by incorporating a lot of comic book standards into the animation itself and does so fantastically. If you get a chance, you absolutely must see this one in theaters as the big screen really brings this feeling home. Watching Into the Spider-Verse feels like watching a comic book unroll in front of your eyes. From the brilliant use of color to the use of text box captions to the flashing of sound effects, it makes no effort to hide that it’s a comic book movie. In fact, it celebrates every second of it. While DC is busy trying to be gritty and real, Into the Spider-Verse reminds you of everything you ever loved about comics. It’s a brilliant move.

This article ended up being its own love letter to Into the Spider-Verse but I find that not gushing about it is impossible. Every time I see a trailer for the movie, I immediately want to go see it again. Into the Spider-Verse not only gives viewer’s a new hero’s journey to watch, it does so with comic book style and verve. In many ways, it’s as much a love letter to Spidey as Lego Batman was to Batman. It celebrates both the silly and the epic equally, without making apologies for either. I honestly cannot recommend the movie strongly enough and it’s one of the best medium adaptations I’ve ever seen. If you haven’t seen it yet and you enjoy superheroes or comic books, it’s a must see!