As I may have mentioned before, I’m a huge fan of ridiculous, over-the-top action movies. Occasionally, I’ll have a get together where we find the most ridiculous action movies that we can find and binge watch a bunch of them. Just makes for a simultaneously kickass and incredibly silly afternoon. What’s not to love? In the past, we’ve watched Die Hard, Kung Fury, Big Trouble in Little China and even the godawful gymnastic-centric Gymkata. And don’t get me started on Bloodmoon. So when I heard about Ghost Fleet by Donny Cates and Daniel Warren Johnson, which is basically a love letter to John Carpenter, I knew I had to add it to my list. Ghost Fleet is a balls to the wall, insane action ride that pits a group of elite, combat-trained truckers against a vast conspiracy which threatens the world! Originally published by Dark Horse Comics, the series unfortunately was cancelled, getting cut from twelve issues to eight. But since it was recently re-published by Image Comics, I was able to get my hands on it for this week’s review! 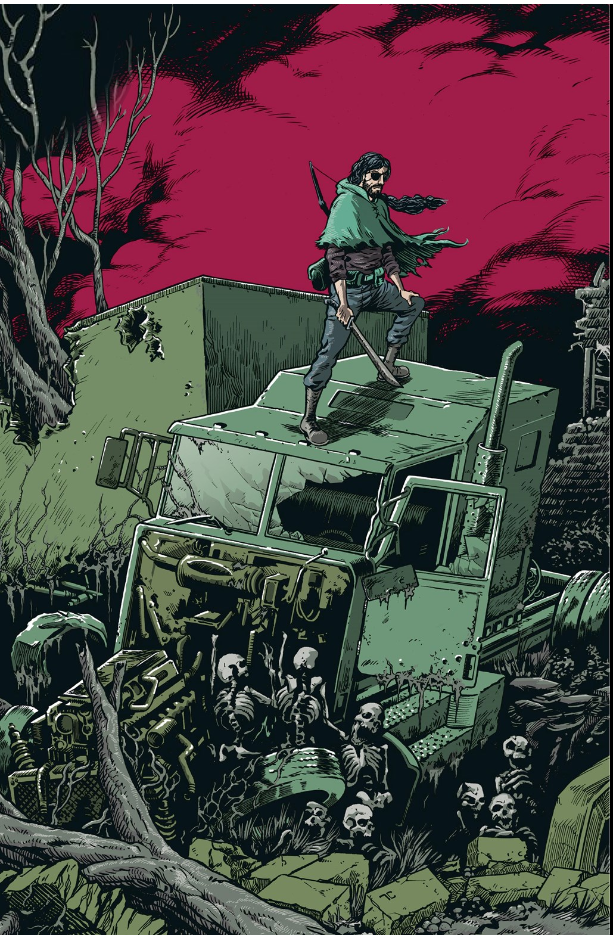 The art for this series was killer

It’s a little difficult to talk about too much of the plot without spoiling anything but I’ll do my best. Ghost Fleet starts with the buddy cop friendship of two combat-trained truckers, Trace Morales and Robert Ward. Both men work for the Ghost Fleet, a trucking service which has a long and deep history of transporting the most dangerous cargo anywhere you pay them to take it. While on one of their trips across country to transport cargo that they are forbidden to look at, Trace and Robert run into serious trouble. Even for ex-military men, it’s the kind of trouble that neither is quite ready for. The fallout of that night begins a chase leading straight into the arms of a cult that’s been collecting strange, unknown items. What are the intentions of the shadowy cult and can the Ghost Fleet survive the conspiracy it finds itself entangled in? 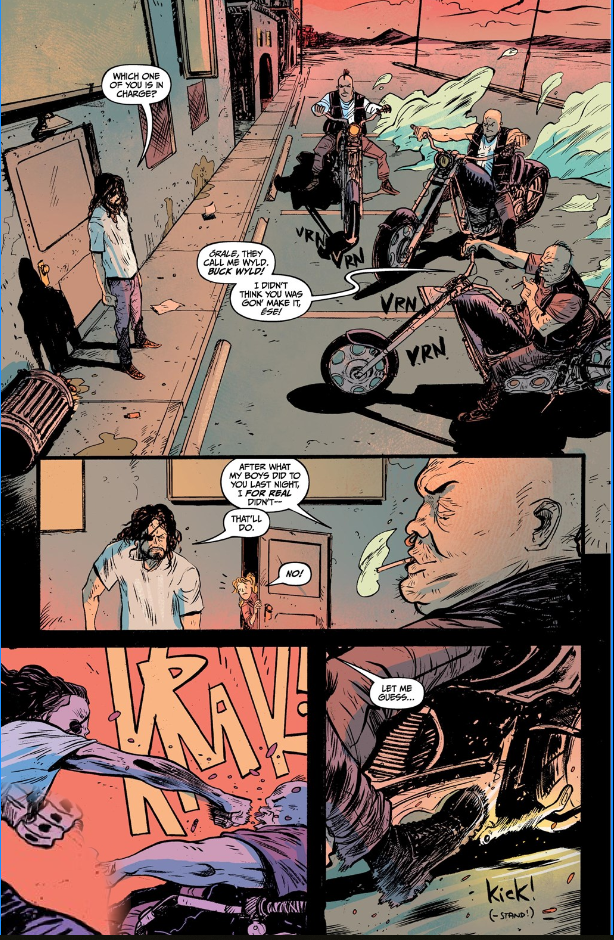 Inspired by a strange amalgamation of Modern Marvels, Escape from New York, Big Trouble in Little China and basically every 80’s action movie, Ghost Fleet is a wild ride. I will probably say “insane” about a million times in this review but I can’t not. Ghost Fleet is like if Big Trouble in Little China had a baby with Kung Fury. It’s unapologetically violent, with a lot of morbid humor and nods to 80’s action movies all over the place. It reminded me significantly of a similar love letter to action movies, Sexcastle, but somehow more over the top and just the tiniest bit cleverer. While it starts with an already crazy story, it’s pretty clear that Cates and Johnson had so much fun with this series. Even beyond the nods to classic movies (Trace looks exactly like Snake Plissken), Cates and Johnson even hide jokes in the sound effects and art. I had to jump back and re-read some of the panels to catch some of it because it was just subtle enough to miss the first time around. At no point does Ghost Fleet take itself seriously but the ending makes it truly go off the rails. I couldn’t help but wonder what it could have been if they’d gotten the full twelve issues to tell the story. As it is, I still thoroughly enjoyed the series but the ending is definitely rushed. 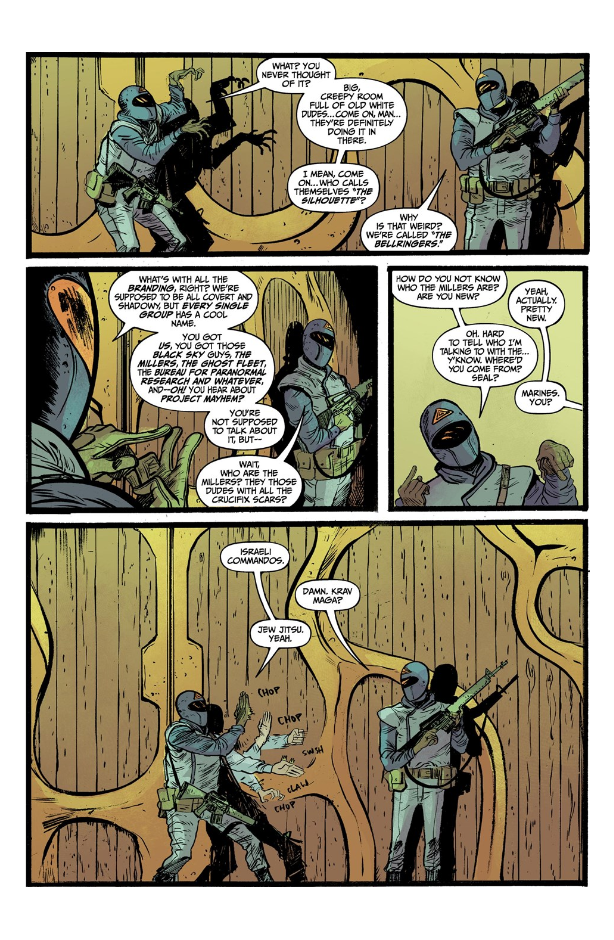 I know it’s groan-worthy but that jew jitsu joke had me giggling.

When you pick up a book like Ghost Fleet, you have to accept that it’s going to be ridiculous and not something that you take seriously. There is a ton of violence in it so if you’re bothered by that, this is definitely not the comic for you. But if you’re a fan of movies like John Wick and Escape from New York, it’s a truly fun, insane ride. It instantly made me a fan of both Donny Cates and Daniel Warren Johnson so I’ll be looking for more their stuff in the future. Now you’ll have to excuse me while I go plan another action movie night!