While it’s technically still February, I wanted to have my monthly round-up post a little early so that I could devote next week to talking about Captain Marvel. With that movie coming out on March 10th, I wanted to make sure I devoted time to talking about Kelly Sue DeConnick’s Captain Marvel run before the movie is released. That way you have time to binge read before you go see it! And hey, at least it means you get a preview of March a day early!

Captain Marvel is Marvel’s first foray into female-led superhero movies and (shockingly) it’s been a bit controversial. DC beat Marvel to the punch with Wonder Woman, the first good superhero movie that DC’s had since Christopher Nolan’s Batman trilogy and set the bar pretty high. I’m glad to see Marvel following suit, even if I’ve never been a big fan of Captain Marvel. To be honest, she’s always seemed a bit too much like Superman, in terms of over the top power levels and bland personality. I’d been planning on reading at least one of the Captain Marvel runs before I go see the movie just to have some kind of basis in the lore beforehand but it was a YouTube review sent to me by another Aeither writer, Kyle, that finally convinced me that it needed to be DeConnick’s run. And now I’m completely sold on trying it. I can’t say that I’m super excited for Captain Marvel since I have no idea what to expect but I’m certainly looking forward to it. All of the negative press and comments I’ve heard so far hasn’t really convinced me that it’s anything beyond neckbeard whining. But we’ll see how it plays out. 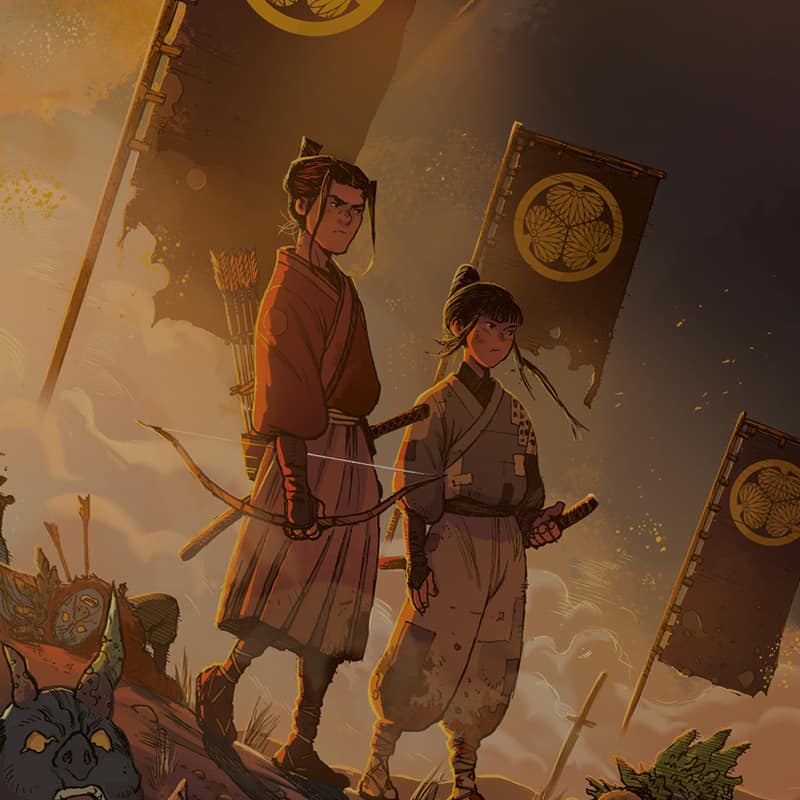 Ronin Island is the newest release by BOOM! Studios, a publisher that tends towards film adaptations as well as quite a few non-superhero original titles (the most popular probably being Lumberjanes and The Woods). My previous experience with BOOM! Studios has been relatively mixed. I loved Klaus but wasn’t a big fan of Ladycastle and there’s quite a few of the series that I’ve never read and some I’ve never even heard of. But after hearing Ronin Island described as elements of the samurai genre with supernatural horror, my curiosity was piqued. The series is being written by Greg Pak, with art by Giannis Milonogiannis and Irma Kniivila, all creators with whom I’m entirely unfamiliar. The story begins with the devastation of Japan, Korea and China after an ecological disaster in the 19th century and a group of survivors manages to forge a new life for themselves. When the old world of the Shogunate comes knocking, two young people, the orphaned daughter of Korean farmers and the Japanese son of a great Samurai leader, must get over their mutual disdain to work together. Not only against the Shogunate but also a mutated horde that threatens to wipe out any remaining survivors. Ronin Island promises lots of morally grey moments, intriguing characters and a bit of horror and history genre blending. Check it out next week and let me know what you think! 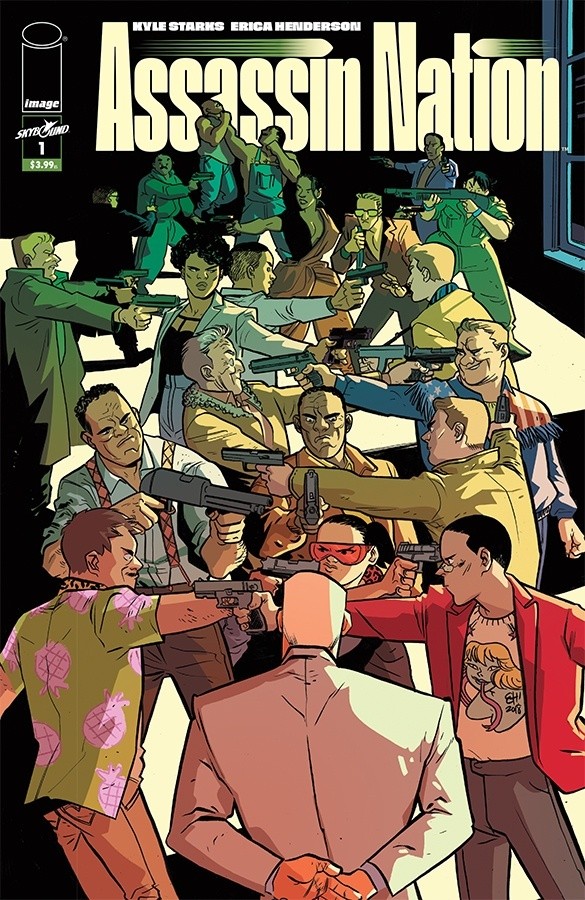 As a fan of movies like John Wick and Deadpool, I have to say that hearing that Kyle Starks was writing a new story with a twist on the old hitman trope immediately got my interest. Assassin Nation pairs Starks with illustrator Erica Henderson (best known for her work on Jughead and Unbeatable Squirrelgirl) for an extremely violent and likely darkly humorous romp in the world of hitmen. In Assassin Nation, the Former World’s Greatest Hitman has hired 20 other hitmen to be his bodyguard after several botched attempts on his life. Can the hitmen work together to keep their boss alive or will there be no one left standing by the end? Who knows but finding out will be a blast! I loved Starks’ take on 80’s action movies so I can’t wait to read it!

That about wraps up what I’m most excited about this month! Have any suggestions for releases that I didn’t mention and should have? See you next week for some Captain Marvel!