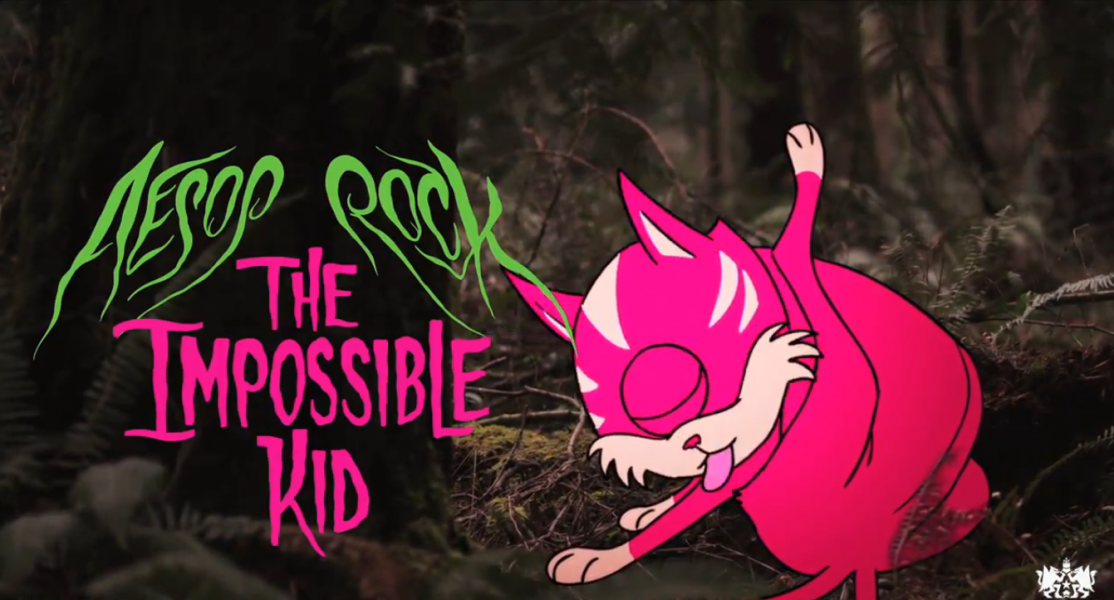 I waited four years for The Impossible Kid album to drop and when I finally got to hear it about a month ago, I was completely impressed (as usual) by Aesop Rock.  I went to see him perform for the seventh time on the 23rd of May and it was awesome.

Homeboy Sandman was the opener, just like when I saw Aesop Rock last year in January.  I wasn’t too thrilled about his work the first time I saw him but this time around I felt like his new material was much more fleshed out and had a lot more artistic merit.  He played some of his older stuff and I still felt the same way about it so I feel like he’s grown a lot in the last year.

Not too long after Homeboy Sandman was on, Rob Sonic, DJ Zone, and Aesop Rock took the stage.  They played 26 songs.  A couple from Rob Sonic, a few from the Hail Mary Mallon group (consisting of Rob Sonic, Aesop Rock, and DJ Zone) and a few of Aesop Rock’s older songs (“Nightlight”/”Daylight” and a few songs from the None Shall Pass album).  The rest of the set was almost all of The Impossible Kid in its entirety.

The set design was really cool.  A fake fire, some deer on the stage, “The Great Outdoors”!  Both rappers brought a ton of energy and had a lot of love to give.  “Kirby” was a crowd anthem (the song about his cat) and “Rings” was also full of crowd participation.  There was a beach ball bouncing around and at one point, Aesop Rock grabbed a dude’s skateboard from a fan who had it personalized in his style and talked about how cool it was and sang with it.

The encore was three songs from the Lice EP, a project with Aesop Rock and Homeboy Sandman.  That was pretty badass, too.

Of all the times that I’ve seen him, this one was my absolute favorite and I definitely recommend seeing him if you
get the opportunity.