Skip to content
Home » The Hyperlane Report: Aurra At War

Holy Wowza! The new yellow spoilers from FFG got me in a tizzy to see if I can fix the Aurra/Jango deck. Specifically, two new cards have me wondering if it can be fast enough to win before dying. So let’s take a look. 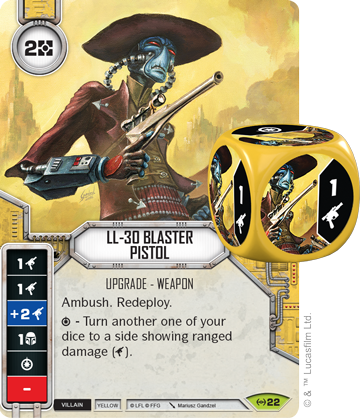 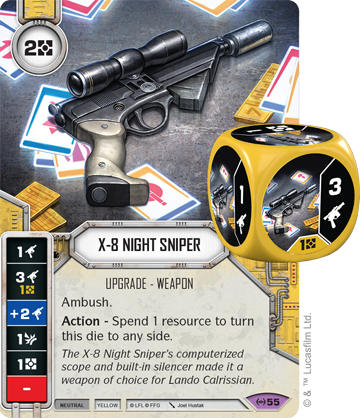 These two cards are just the right amount of offense that we need for this deck to Sing (hehe). Both of these upgrades have ambush which is key. Redeploy makes Jango a larger threat later in the game when Aurra dies and gives you upgrades for Jango to replace with the Jetpack and the X-8. So what does the build now look like with these two cards in it?

This looks so fun and the amount of action chaining is on par with other action cheat-y decks! When you can get a good opening hand you may be able to have all your upgrades out on turn two, I am envisioning something along the lines of hitting Aurra’s resource sides turn one and chain ambushing everything else out on turn two. The main problem with this deck before was keeping Aurra alive and I am hoping with all the ambush you will be able to surpass your opponent in speed.  In a different vein, we are giving ourselves more yellow dice to better leverage Fight Dirty. Lastly, Bait and Switch also now has a new 3 damage for 1 resource target! I like the new addition of more ambush upgrades because it makes it a bit less fun for your opponent to Imperial inspection your upgrades back to your hand.

These cards will set you up for a good few opening turns with a bit of removal and speed around your upgrades and activation. I really think this deck has some new tools to make it work, but what else from the new set could add to make Aurra and Jango top tier. Is this deck doomed to be never good enough? Let me know in the comments. Time to jump…