Luchador Juan Aguacate is out of retirement for a stunning new Metroidvania-style adventure. Explore a huge, hand-crafted world inspired by Mexican culture and folklore, filled with sassy new villains and weirdos (and a few old friends!). Learn bone-crunching wrestling moves to fend off skeletal hordes and overcome skillful platforming challenges… and who said anything about a Chicken Illuminati? Certainly not us! 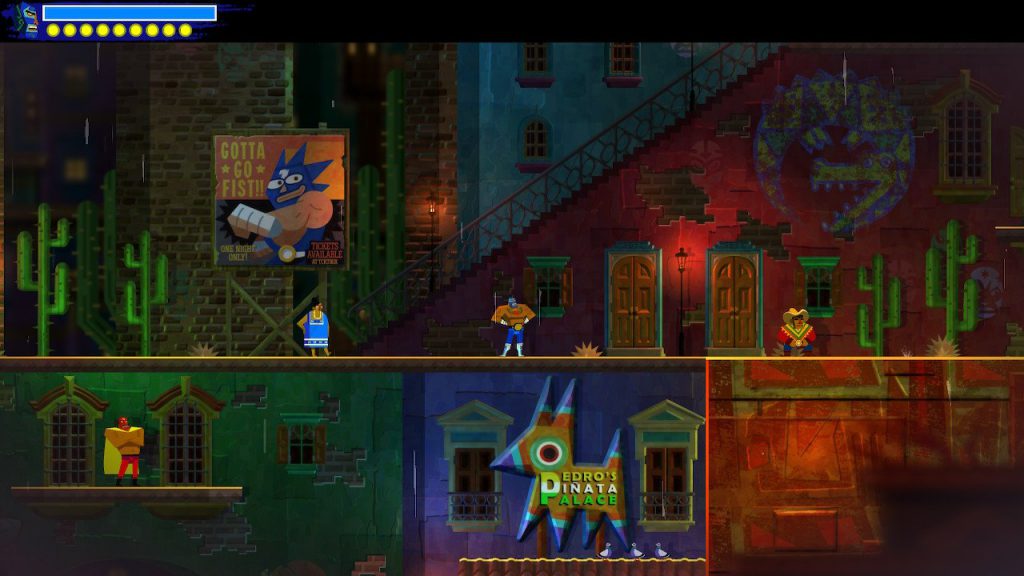 You start out in Guacamelee 2 (G2) right where the first game left off.  In fact you re-fight the final boss from that game in a much easier simplified form.  You play as the luchador Juan, the hero from the last game who rescued the El Presidente’s daughter from the evil Calaca.  I have not played the first one, but it’s not necessary to do so since they give you plenty of intro on backstory. You end up marrying the daughter after the first game and go into retirement and have a few kids.  Well evil has returned so Juan is forced out of retirement. He’s gained some weight and the story makes sure to poke fun at that fact. This game does not take itself seriously and it’s nice, the humor is spread throughout.  You are told the entire “Mexivers” is in danger and you end up traveling to the timeline where you died from the boss in the last game. In that timeline, another luchador named Salvador show’s up and kills Calaca, but eventually becomes drunk with power and starts to take over.  You are here to body slam some bad guys and save the day again. 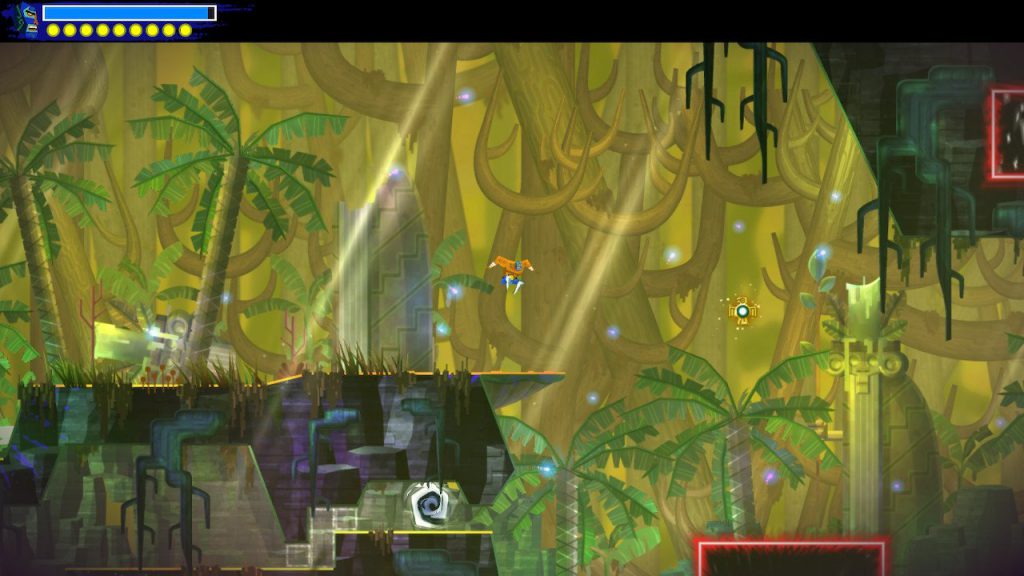 The graphics in G2 are fairly cartoony.  The colors are extremely vibrant and nice to look at.  Everything is themed after the Mexican holiday, Day of the Dead, with lots of skeletons painted in many different colors.  The world is equally colorful and full of style, as well as the enemies. Everything blends together nicely and the backgrounds fit with the foreground.  There are open outdoor areas, underground areas, and cities with handfuls of npc’s. Most areas have an overarching chicken theme but also include forest, dungeon, lava type sections and much in between.  Transitions between them are seamless. You can also change dimensions on the fly, between the lands of the living/dead. Npc’s will be the skeleton versions of themselves or just not be around and the vegetation will be dead and have an overall darker theme(although still bright and vibrant).  The sound is spot on for the level designs, very cultural but also modern and upbeat, the sound effects have a nice touch as well. Juan doesn’t talk but will grunt and groan as he is jumping and fighting and chirp and yell in chicken form. Combat has solid sound effects as well when you are beating the tar out of enemies. 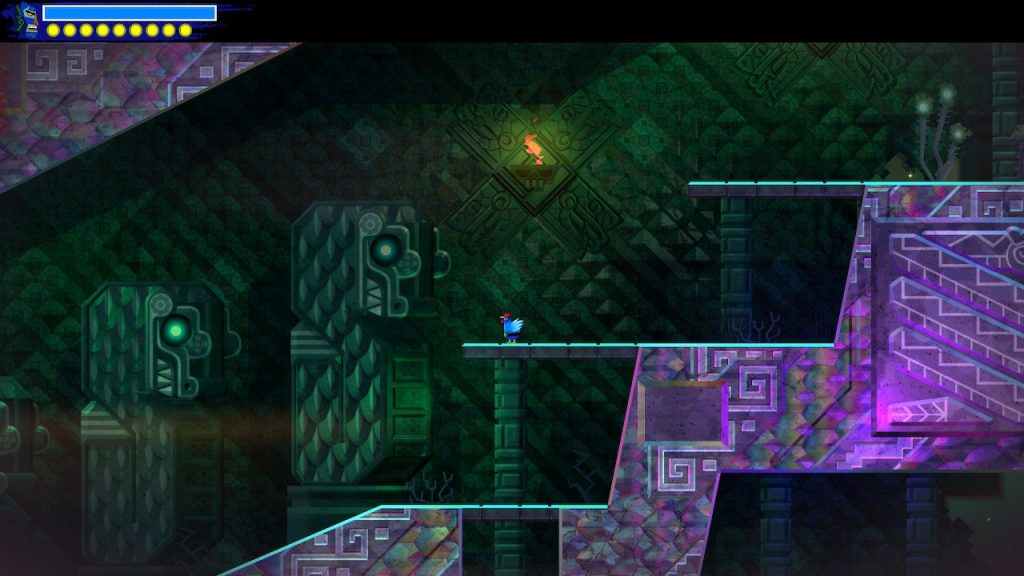 G2 is, as the eshop description says, is a metroidvania.  You will explore the world and constantly run across non-accessible areas.  Once you’ve discovered more and more lucha moves, more and more of the map will be accessible to you.  It’s a fun system that rewards exploring but also becomes helpful when dealing with hordes of enemies. Combat is pretty straight forward, you can punch and kick, with various forms when on the ground or in the air such as uppercutting.  Then there is a grabbing mechanic and you can use this to do different body slams and throws. Some of the enemies are only killed by some of the special moves and grabs, and are color coded as such. So an enemy with a red shield, for example, has to be hit with the special uppercut before it can be damaged.  There are upgrade trees for movement and the special moves, making them more powerful. They also have a stamina limit which is marked by dots in the corner of the screen, so you have to be careful not to use them too quickly. The moves also double as platforming help. The uppercut can get you higher in the air and also break red blocks in the world.  You will get yourself into fights or “Luchas” that are usually just surviving by killing the enemies, but can get as complex as fighting timed bomb enemies that will kill you in one hit you don’t get them first. Also as mentioned before you can turn into a chicken. It’s pretty goofy, but the chicken can fight pretty well and some enemies can only be killed in that form.  The chicken also has its own special moves for platforming and killing shielded baddies. He can also slip into tighter spaces such as toilet drains. Platforming is extremely fun and full of its own puzzles. Along with the chicken form and it’s different moves, dimension swapping will affect platforming. Some platforms or walls will only be there in specific dimensions so you often will find yourself bouncing back and forth between them with perfect timing to make your way through levels.  Some of the puzzles are very complex and require precise timing, but I never felt it was way too difficult. Boss fights often involve every aspect of your arsenal so be ready for some pretty cool fights along the way. 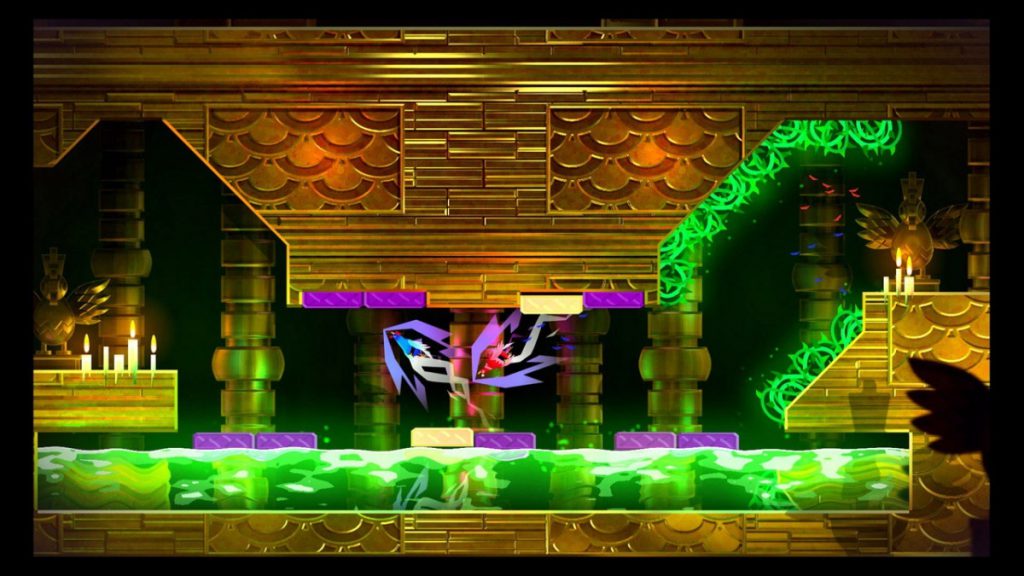 I picked the game up for about 10 dollars, and it took me close to 15 hours to finish the story.  I believe it’s usually priced at 20 so the value is spot on. There is an expansion pack that can be picked up for pretty cheap as well.  The game also has multiplayer, up to 3 more players can jump in the game with you at any time and help fight and platform. 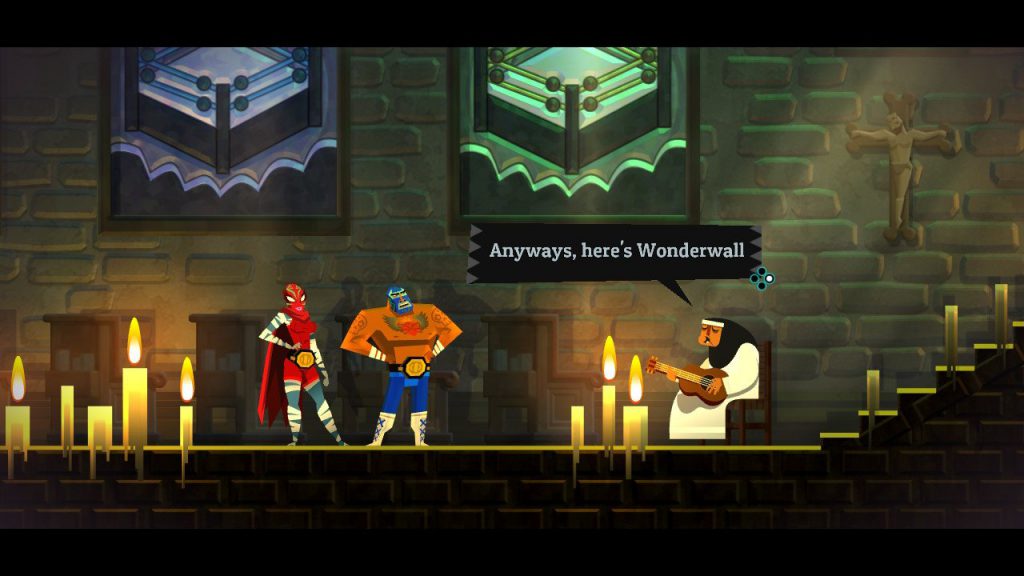