This week I’ll be talking about three more of the comics creators who will be guests this year at the Denver Pop Culture Con! DPCC has already put together some of the panel appearances so I’ll be noting those for each of the creators as well as the info about them and their work. Without further ado, here’s this week’s line-up! 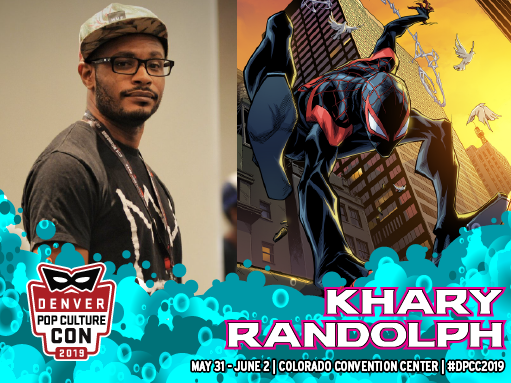 Khary Randolph is a Boston native currently living in Brooklyn who has worked all over the place in the comics industry. While many comic artists and writers will tell you that it was Marvel or DC who got them into comics and interested in making it, in an interview with SyFy Wire last year, Randolph talked about how it was actually Image Comics that got him hooked on the format as a kid. Despite his love of indie comics, Randolph got his start as an intern at DC and has also worked for Marvel and Lionforge on various titles. Khary Randolph is currently scheduled for a drawing demo alongside Andy Kubert on Saturday and Exploring the Spider-verse with Laura Martin and Mark Morales on Sunday so be sure to check them out! 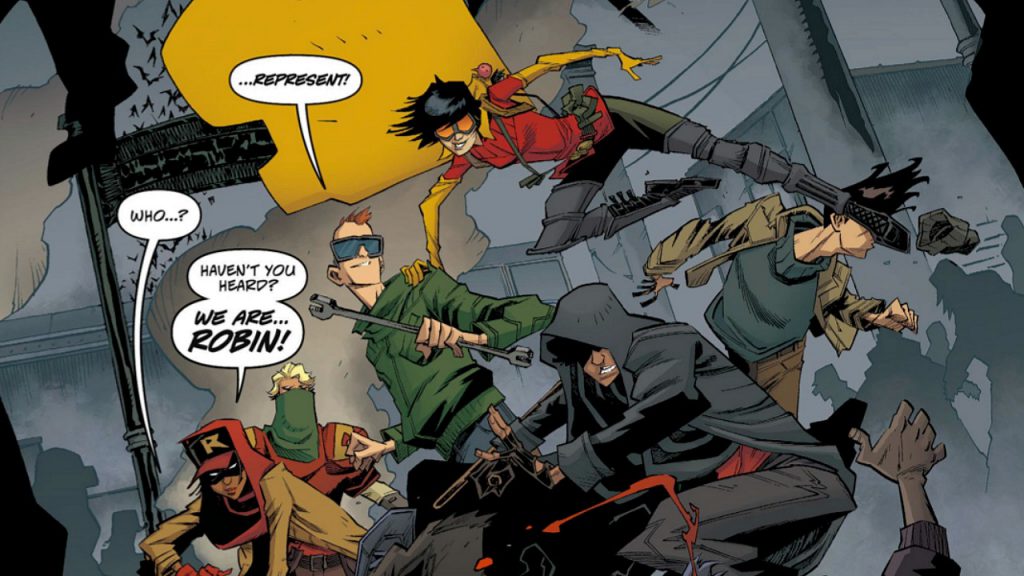 As a Batman fangirl, I’d recommend We Are Robin for a taste of his artistic skill. The series was originally published back in 2015 and pairs Randolph with Lee Bermejo for a look at what Robin means to Gotham’s teens. The characters in the series are teenagers in Gotham who take on the mantle of Robin to fight the crime in the city. By showing the love that these teenagers have for these heroic figures, to the point of risking their own lives to step into their shoes, We Are…Robin! is an interesting look at what that mantle means and how it influences Gotham. 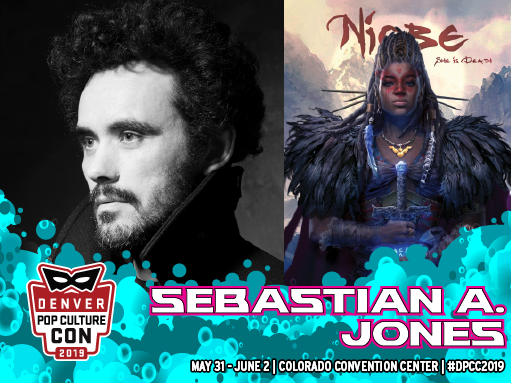 Sebastian A. Jones is among a select group at DPCC in that he is not only a writer but also the founder of a comics publishing company: Stranger Comics. Stranger Comics was created with the goal of promoting stories which represent a global audience. Jones himself is from England and moved to the United States as a teenager. As someone with a mixed heritage who struggled to define themselves while growing up, it was important to Jones to have that representation in the series published by Stranger Comics. All of the series published by them (Niobe, Dusu, The Untamed and Erathune) share a universe and many feature characters of color. This representation is what has made Stranger Comics well-respected within the indie publishers.  Jones is not currently scheduled to appear on any panels. 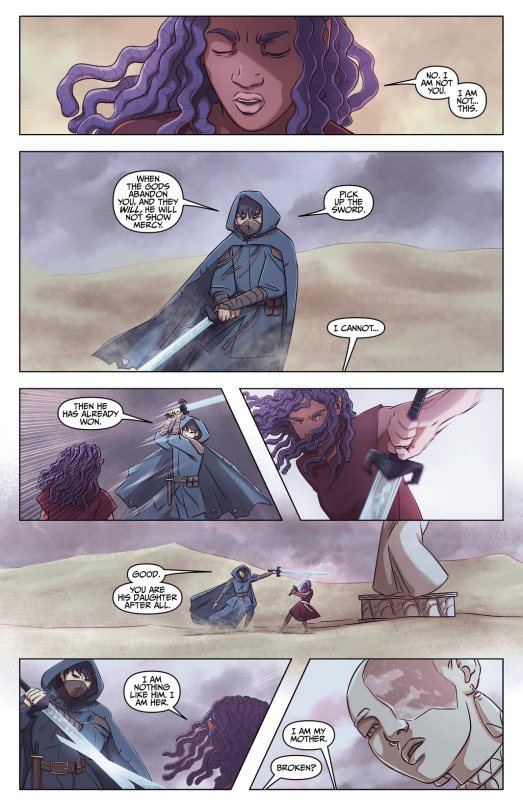 Definitely check out Niobe, which takes part in the Asunda universe which is common to many of the Stranger Comics series. Jones co-wrote the series in 2015 with Amandla Stenberg (known primarily for her work as an actress in Hunger Games and The Hate U Give) and it was illustrated by Ashley A. Woods. Niobe follows a young half-black, half-elf named Niobe Ayutami who is at the center of a prophecy linking two different worlds and facing off against an ancient evil. All three of the creators come from minority backgrounds and Jones originally conceived of Niobe after his own experiences of growing up in a biracial family. The focus of the series is on representing that experience in a fantasy world and the talents of Jones, Stenberg and Woods make it a compelling adventure. Niobe has also recently been picked up by HBO for a possible TV series so keep an eye out for that! 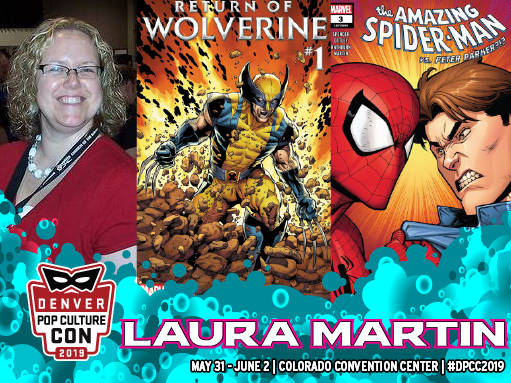 Laura Martin is a colorist who has worked for DC Comics, Marvel, Image Comics and  an indie publisher named CrossGen which was bought by Disney and is now being incorporated into Marvel stories. While colorists are one of the many roles in comic book creation that get little of the acclaim, Martin has certainly made a name for herself since starting at WildStorm (then part of Image Comics) in 1995. She won an Eisner award in 2000 for her work on The Authority and Planetary and again in 2002 for Ruse and Ministry of Space. She has also been an Inkwell Awards Ambassador since 2014. While colorists are often less well known than writers and illustrators, Laura Martin’s work has been widespread and well recognized and many of those series would not be the same without her excellent work. DPCC is keeping Martin busy with two panels on Saturday (Marvel Comics Creators Assemble!, and Bridging the Gap: Writing (and Adapting) in a Visual Genre) and another panel on Sunday (Exploring the Spider-verse) so be sure to see her perspective as a well-known colorist! 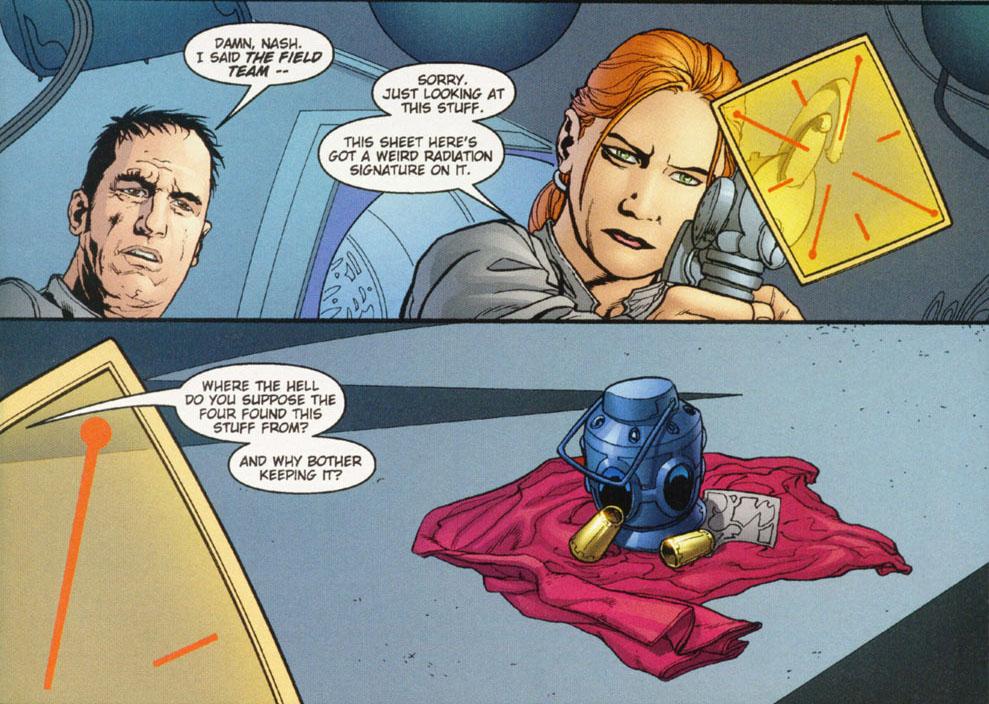 As one of the series which got her recognized with an Eisner award, I’d definitely recommend checking out Planetary! Written by Warren Ellis and illustrated by John Cassaday, Planetary was originally published by WildStorm in 2000. It focuses on a trio of archaeologists in the late twentieth century who are employed by a large corporation to collect evidence of super-human activity. Fast-paced and featuring well-developed characters, Planetary is still every bit as weird as you’d expect from a Warren Ellis story but it’s always entertaining. Martin’s vibrant color work is fantastic and it’s easy to see why she got the award for Best Colorist that year.

That’s it for this week! Join me next for round 4 and let me know in the comments if you have any comics or author guests you’re excited to see this year!