Skip to content
Home » Graphic Reviews: DPCC ’19 Showcase (Round One)

It’s that time of year again! By which I mean, the wonderful Denver Pop Culture Convention put on by Pop Culture Classroom at the Denver Convention Center. This is DPCC’s eighth year running and as I have for the past few years, I’ll be covering the con for Graphic Reviews. In preparation for that, I’ll be spending May showcasing various comics guests who will be appearing at DPCC this year. My goal is to talk about three of the guests each week and let you know both a little bit about them and which of their works you should check out before heading to the con at the end of May! Without further ado, here’s this week’s line-up! 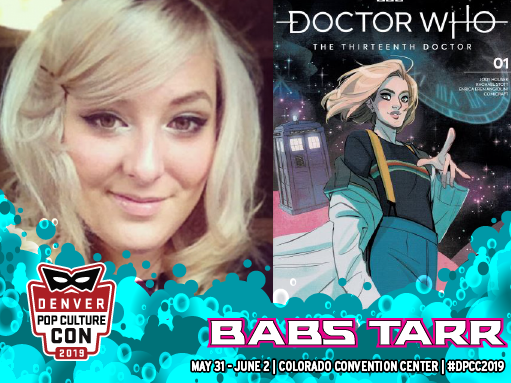 Babs Tarr is an illustrator who has studied at both Osaka University in Japan and Maryland Institute College of Art. Her style, which melds Japanese influences with Western, caught the attention of DC Comics when they started the new Batgirl of Burnside series and she quickly became a fan favorite. Since then, Tarr has also worked with Image Comics (among others) on a cyberpunk series called Motor Cross and co-starred with Marisha Ray on Pub Draw, a video series on the Critical Role channel which showcases drawing techniques. Tarr’s journey into comics has been anything but traditional and I’m super excited to see her on the guest list for DPCC! I’m sure she’ll be on some panels as well and look forward to hearing her perspectives on comics. 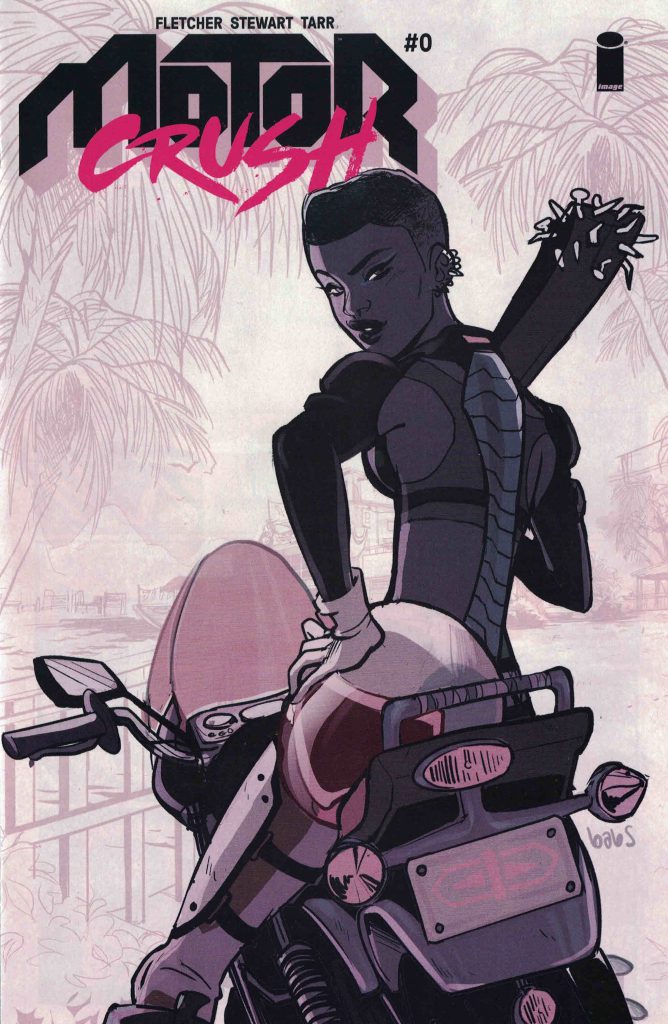 Definitely check out Motor Crush! This cyberpunk racing story features Domino Swift, a strong-willed racer in a worldwide motorcycle racing league whose dependence on a “machine narcotic” leads her into brutal , Mad Max style fights with bike gangs. It’s action-packed and a perfect blend of adventurous cyberpunk with a kickass heroine! 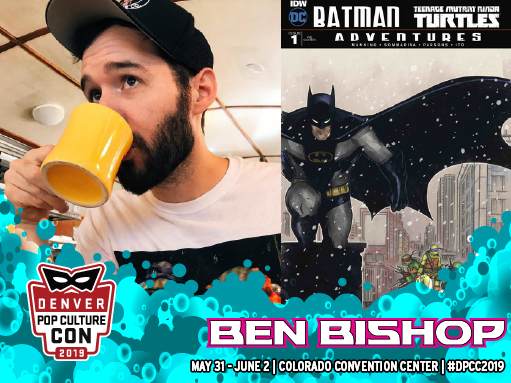 Ben Bishop is a well-rounded comics creator as he’s spent time in many of the roles, including both writer and illustrator. His love of comics has been lifelong, having had the ambition to work at Marvel since he was 11 and even writing to them at that tender age to see about working there. While he was a bit too young at the time, he’s spent a lot of time and work improving on his skills and making his own stories. He created covers for many popular series including Teenaged Mutant Ninja Turtles (TMNT), Batman and Transformers as well as funding his own projects on Kickstarter. 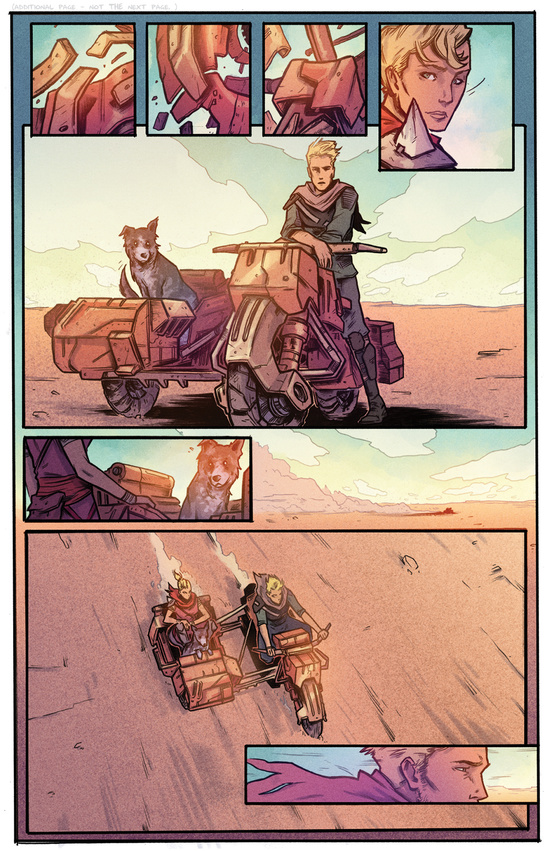 More than anything else, I’d highly recommend checking out the choose your own adventure style comic The Aggregate. Funded by Kickstarter, this unique creation allows the reader to choose the path in a post apocalyptic adventure involving robots, human survivors and a loyal dog. Comics are a great medium for exploring what’s possible and The Aggregate has a lot of fun with the flexibility of the medium. And not having the influence of a popular title means that Bishop has a lot of freedom to create something that’s truly original and quite a lot of fun. The sequel to Aggregate was just funded on Kickstarter last month and is projected to be released in February 2021 so if you like the first one, make sure you sign up to get the sequel! 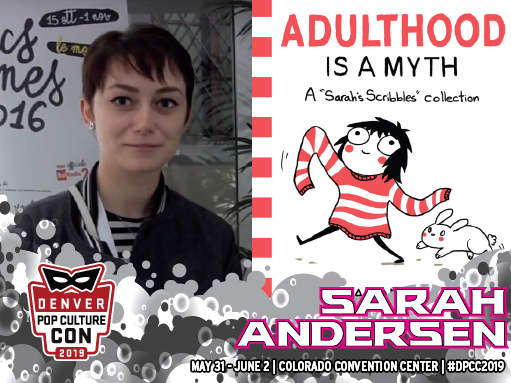 While Sarah Andersen is technically on DPCC’s list of author guests rather than comics ones, I’m including her here anyway! I’ve been a huge fan of Andersen’s web comic, Sarah’s Scribbles, for a few years now so I’m so excited to see her on the guest list! Andersen is a cartoonist and illustrator who separates her illustrating work from her cartoons on her website. She’s fantastic and I highly recommend checking out her work! 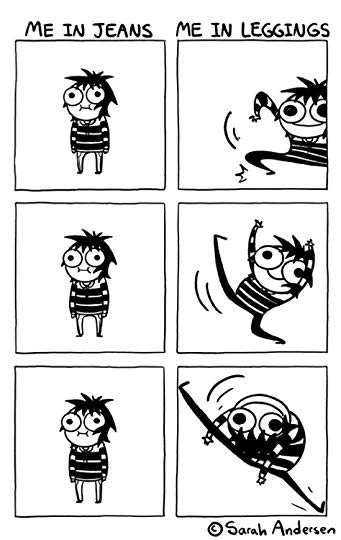 Sarah’s Scribbles of course! It shows the trials and tribulations of millennial life and as an anxious, introverted millennial myself, I absolutely love it. The series can be read for free on her website but it’s also been collected into three volumes: Adult is a Myth, Big Mushy Happy Lump and Herding Cats. It’s one of my favorite web comics and I can’t wait to see Andersen at DPCC!

That’s it for this week! Join me next for the round 2 and let me know in the comments if you have any comics or author guests you’re excited to see this year!