Re-Epistemology, rewinding our own minds

Epistemology, aside from my favorite word to bewilder coworkers, is the study of knowledge.  What we know, how we know it, what it means to know things.  A big part is articulating the difference between knowledge and opinion.  Fact from prejudice.  Observations from expectations, etc.  One of the more troubling aspects of this study is that humans are extremely unreliable in this task of remembering things.  Our memories are inaccurate, easily swayed and largely untrustworthy.  This is one of the concerns and focuses of epistemological study.  So, today, let’s look at a slightly different scenario.  What if we had perfect memories? 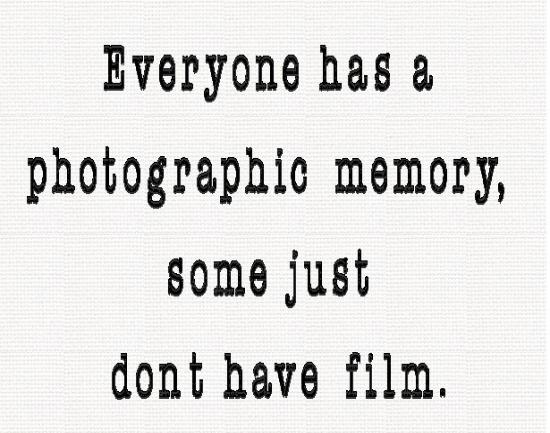 Granted, there’s huge aspects of our culture devoted to resolving this unreliability aspect and handling the conflict that arises from two different recollections, so the nuances and far reaching implications would be difficult to predict.  One of the ways we can try to comprehend what might change is to start with real world examples before completely jumping into the alien.  First off, Google’s foray into the cybernetic memory-augmentation and efficacy extension .

Glass was an experiment and an impressively wide one, at that.  Google’s attempt to push the envelope was partially related to technological limitations, but primarily social and psychogical ones.  The biggest hurdles that they faced weren’t the abysmal battery life (which was tolerated by it’s users, at the very least), the antiquated resolution (hardly noticeable when it’s omnipresent and floating in front of your eye) or the overall weirdness of the device (first adopters rarely care about weirdness).  No, the biggest issue they faced was the human element.  Once people became aware of the recording power of Google Glass, they immediately became suspicious of anyone wearing one.  Privacy became a paramount concern, leading to a general paranoia and anxiety.   This is part of an interesting social phenomenon. 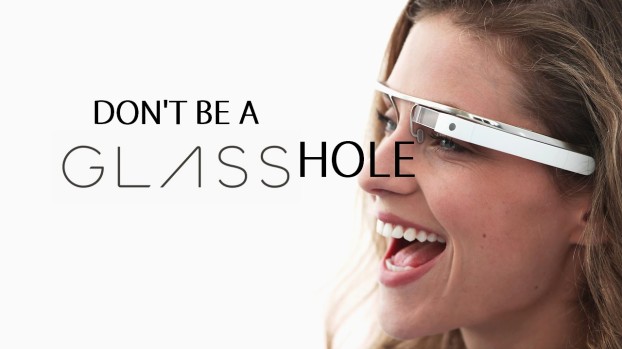 A phenomenon that went so bad, it manifested a delightful new compound swear

It is becoming abundantly clear that our image is being recorded whenever we’re in public, even if not for any nefarious purposes.  Being in the background of a selfie, showing up on security footage, etc. has become increasingly commonplace, yet the very visceral, real moment of “this person is recording me” still makes us cringe.  Perhaps rightly so, but that sort of concern and control over one’s image seems to be slipping away.  Especially in a hypothetical sense as we move to a more scary version of this technology, the cybernetic implant.

Consider the scenario presented in Omar Naim’s “The Final Cut” , where people are implanted with organic, largely undetectable recording devices prenatally, so as to record their entire lives.  In the movie, the company that manufactures the devices advocates withholding the knowledge of the implant from the child until they’re “mature enough to understand”, specifically 21 years old.  There’s an interesting moral dilemma, allowing these kids to be recorded against their will and without their knowledge for two decades before telling them that “surprise! Everything you’ve ever done is on tape now!”.  That’s probably more suitable for a morality themed article…..another day perhaps.  Suffice it to say that it moves at least a full step past “Whether you have the right to have your picture taken”.  Likewise, since these implants are only accessible upon the death of the owner, there proves to be some interesting conversations regarding “ownership” of those experiences.  Never before have we considered the implications of “who owns what thought” (outside the realm of copyright law, anyway).  Another fascinating concern brought up was the sheer unreliability of our own memory.  One’s memories aren’t merely pictures and sounds, they’re laced with subtle implications and meanings that may or may not have ever been in the original event.  There are exaggerations and nuances and straight out lies that we surround our memories in.  These issues are a huge motivation towards the next step, which is a complete, accessible chip that allows you constant access to your own memories.  In the miniseries Black Mirror, there is an episode “The Entire History Of You” that is principally concerned with just that).

I can foresee absolutely no problems with this scenario.

In that world, It’s significantly more common to have a recording device installed, such that deviating from that is an act of protest more than anything.  Amid that framework, the cultural implications are more deeply felt as not only is it expected that you’d have a “grain”, but you’re willing and able to “re-do” your experiences and play them for folks as easily as we show pictures of vacations or home video of our families.  The darker side is revealed as the white lies and misremembered experiences start to drive the protagonist to a state of paranoia and distrust, eventually motivating him to demand that his wife reveal a sordid affair with a man she claimed to have lost contact with years before.  Ultimately, his destructive behavior expands beyond himself and his wife to this individual and it destroys his marriage and then his life.  He ends up wandering around the shattered husk of his former life, “re-doing” the glory days before he threw it away in a jealous rage.  This really accentuated how, while we may be able to adapt to use these technologies, we’ll always struggle to adjust, psychologically and societially.

Beyond that, though, we haven’t even dug deep into the effects of perfect recollection and instant download.  If we can connect so easily with our brains and remember anything at the mere pressing of buttons. How can we excuse ignorance when it’s so incredibly easy to integrate any and all data into your mind effortlessly?  What about the concept of packaging ideas into downloadable content?  What does an idea even consist of, when we break it down?  These questions start to drift down the path of further epistemological inquiry that we’ll have to explore in a later article.  Suffice it to say that our culture and identity are built, in no small part, upon the limited faculties available to us within our limited human brains and by making what would otherwise be minor tweaks, the effects could be quite astonishing.  Or we’ll keep limping on with a woefully inadequate social structure to support our new-found technology, whichever works.