A long time ago I did a segment on games with similar mechanics that while superficially similar turn out to be very different experiences. Feel free to check out the first segment here. Today I want to continue where I left off and talk about Agricola vs Caverna. So let’s just dive right in!

The first thing to notice is that both of these games use the same “take a wooden worker piece and place it on an action space to receive the associate reward” mechanic. Typically every game like this, colloquially called worker placement games, turns out to be a point salad and is very centered on how many actions you can take a turn, and neither of these games break the mold here. They both utilize a communal action board that player take turns placing their pieces on, thus blocking other people from taking that action again this turn. Also we can notice that both of these games were designed by Uwe Rosenberg. Insert joke about desperately needing to feed your workers and thus fighting over food action spaces here. Another mechanic these games share is the ability to utilize buildings to score extra points during the game. So with all of this in common how does one differentiate which one should be played over the other? I am glad you asked! 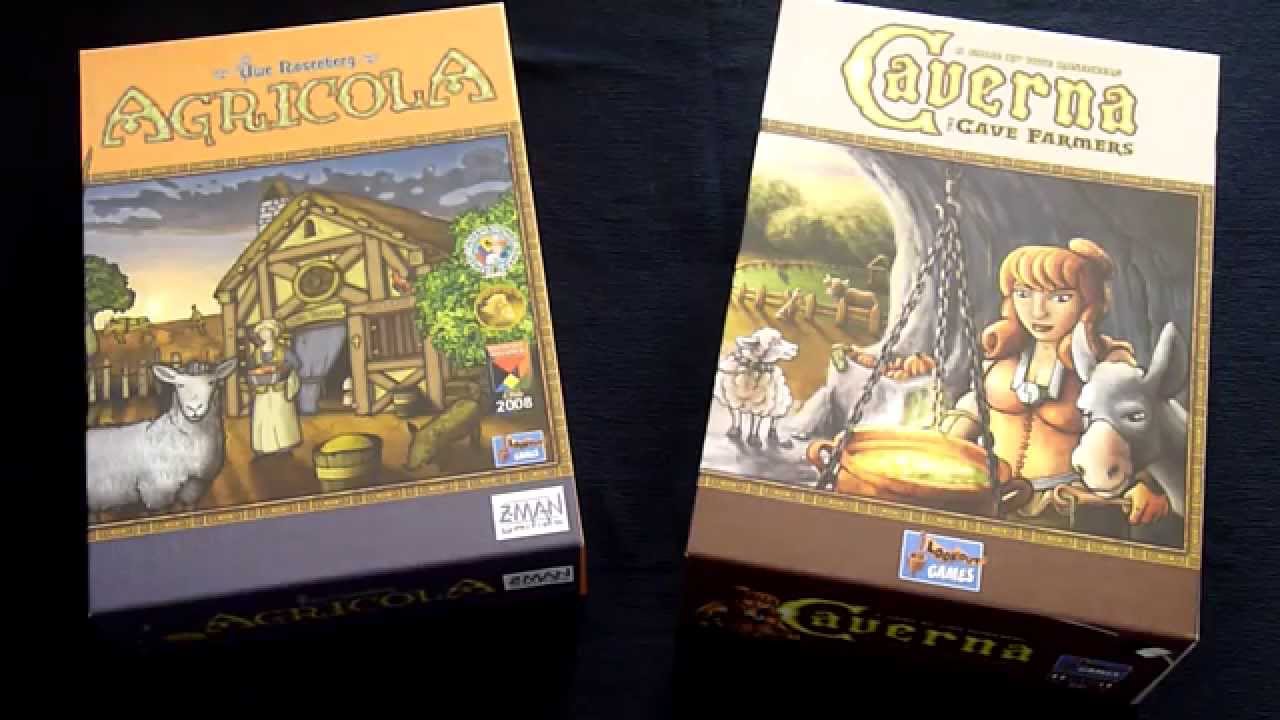 Sheep, Check. Farm in background, Check. Woman with mysterious pot of food in front of her, Check. Ship it Hans!

While even the boxes of these games make them look identical, there are two differences that create totally different experiences. One is the addition of workers in Agricola. Not only does this add a drafting phase to the game but it also adds a shit load of complexity. Simply putting one or two workers down can drastically change certain actions of the game and combining workers is one of the best ways to succeed at the game. Caverna does not have a similar system and that makes the game significantly easier to teach and play. I am sure this will be argued but as soon as I was introduced to the cards I went into my special place for a bit thinking of combos.

The second thing that differentiates these games is, strangely enough for pretty straight forward worker placement games, theme. The addition of adventuring and caves in Caverna (yep that is why it is called that) actually accentuates the face appearance and basic mechanics so that each has a very different experience while you play. Agricola tends to be more desperate and brain-burny and Caverna tends to be more pleasant and …well dwarven :). What do you all think, did I nail it or am I horribly off the mark? Let me know in the comments! See ya next time!