This weekend Aeither.net co-writer Cait posted on Facebook about Cthulhu, our glorious savior, and his influence on board games. It was a funny Dork Tower comic about how Cthulhu’s ability to be Integrated into any game making the game more fun. Cait very much dislikes Game of Thrones: The Board Game (2nd Edition), so I cracked a joke asking is she would play it if it had a Cthulhu version. To which she responded she had already played Cthulhu Wars. This lead to a discussion about the differences between GoT’s hidden order mechanics and the Chaos in the Old World style power-to-play mechanics. We end at the point that, for her, The hidden orders are too stressful in a game where anyone can betray you at any moment. I have been thinking about this for a day now and it made me want to talk about the different versions of hidden information and how they can affect how you interact with people in a game. Let’s focus on two games, Game of Thrones 2nd edition and Dead of Winter. Each game uses hidden information; however, they use it very differently. These games will suffice to show how simply changing the knowledge of how hidden information is used can affect how you see other players in a game. Let’s begin by discussing each game a bit for those who haven’t played either.

Game of Thrones 2nd Edition is a dood-on-a-map game with hidden order assignment that happens each round. It is basically a more thematic Diplomacy, which is part of the reason it gets so much shit. People who play this game usually either absolutely love it or despise it for its ability to tear relationships apart. Alternatively, Dead of Winter is a semi co-operative game where there is the potential for there to be a traitor. Not every game includes one but there is always a chance. The goal of the players is to complete their individuals goals while also completing the group objective . The goal of the traitor is to fulfill a criteria and make sure they other players lose the game by getting to zero morale. It is set in the zombie apocalypse mid winter and is also a very thematic game. So right off the bat it seems like the hidden information in both games revolves around the actions taken by the players to win the game. That is a fair assessment, but there is something a bit deeper to look into here. Thing we need to focus on is the knowledge of who has the potential to betray. In Dead of Winter (barring extra game modes) there is only one traitor, sometimes. The game allows all players to know that only up to one person ever has the potential to be messing up the rest of the game for everyone. So while each player does need to complete their personal goal to win, the object of the game is to work together.  But since there is a traitor, players watch other players for suspicious behavior. Certain actions that will be tells that the person is a traitor. In a harsh juxtaposition to Dead of Winter, Game of Thrones does not have a definitive traitor. While multiple players can win together, each player has the potential to betray anyone at anytime. Nothing in the game forces people to keep their word about their actions or intent. This can make each player’s actions more meaningful as you never know when they will turn on you. So now think of the inability to know soon thing about a player in a game where every action matters. Suffice it to say I agree with Cait’s assertion that the hidden orders in Game of Thrones are stressful. 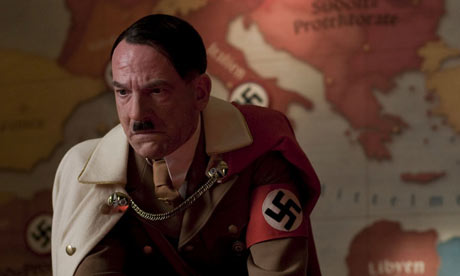 Games with hidden information and betrayal are stressful especially when you set out to make everyone an enemy.

While hidden information is a great mechanic, it only takes a small change in the rules to make a relatively entertaining game into a friendship killer. Lots of other games are also Interesting to look at here that I didn’t. Shadows Over Camelot, Cosmic Encounter, Battlestar Galactica, and many more all use hidden information. Got any other interesting insight here? Let us know in the comments! See ya next week.
-Kyle