Skip to content
Home » The Living Card Guy: In The Wake of War

In The Wake of War There is a lot of sadness in the wake of the passing of Conquest. The lack of ability for Games Workshop to get their heads out of their butts and making generally bad business decisions will hopefully takes its toll soon enough. But let’s set aside my personal feelings about that company and talk more about what is left and what we will be missing. On a positive note a lot of the players in the community, specifically the OCTGN community, are doing something very awesome. The Black Crusade is a tournament run by many of the prominent individuals in the Conquest community (Sam Mann, Steinerp, The Hive Tyrant, and a few others). The Black Crusade has also taken it upon themselves to generate and play test a fan made expansion for the game. The cycle is called the Armageddon Cycle and the first pack is called The Eye Of Terror. The cards are slated to be released by the end of January and you can find out more here. The majority of the test will be done on OCTGN, so if you are like me and dislike that system  then you may be SOL until they release the set. However, if you are unlike me and want to sign up for play testing, go here and do your duty to the Emperor. Even though the Black Crusade is doing something awesome, we are still missing a game like Conquest. Let me explain.

When Warhammer 40,000 Conquest came out, it was , in my opinion, a revolutionary game. No other game really had done a good job of the back and forth between players like Conquest did. Netrunner, Star Wars, Game of Thrones, and most of the other LCGs have a paradigm of each player taking a turn. The back and forth between players being more like innings in baseball as opposed to the constant flow of tennis. The only other Card game that was like it was Doomtown. Do not get me wrong I really like Doomtown: Reloaded, but I think some of the rules are a bit hard to grasp and somewhat clunky. And in point of fact that game has ended its print run as well.Conquest did a great job of taking basic heuristics and offering very VERY complex decision making processes. With Games Workshop not renewing their licensing with FFG we now have a void in that space. They will no longer be releasing new cards, supporting organized play, or printing Conquest swag. All of this stuff has to come from the fans themselves. 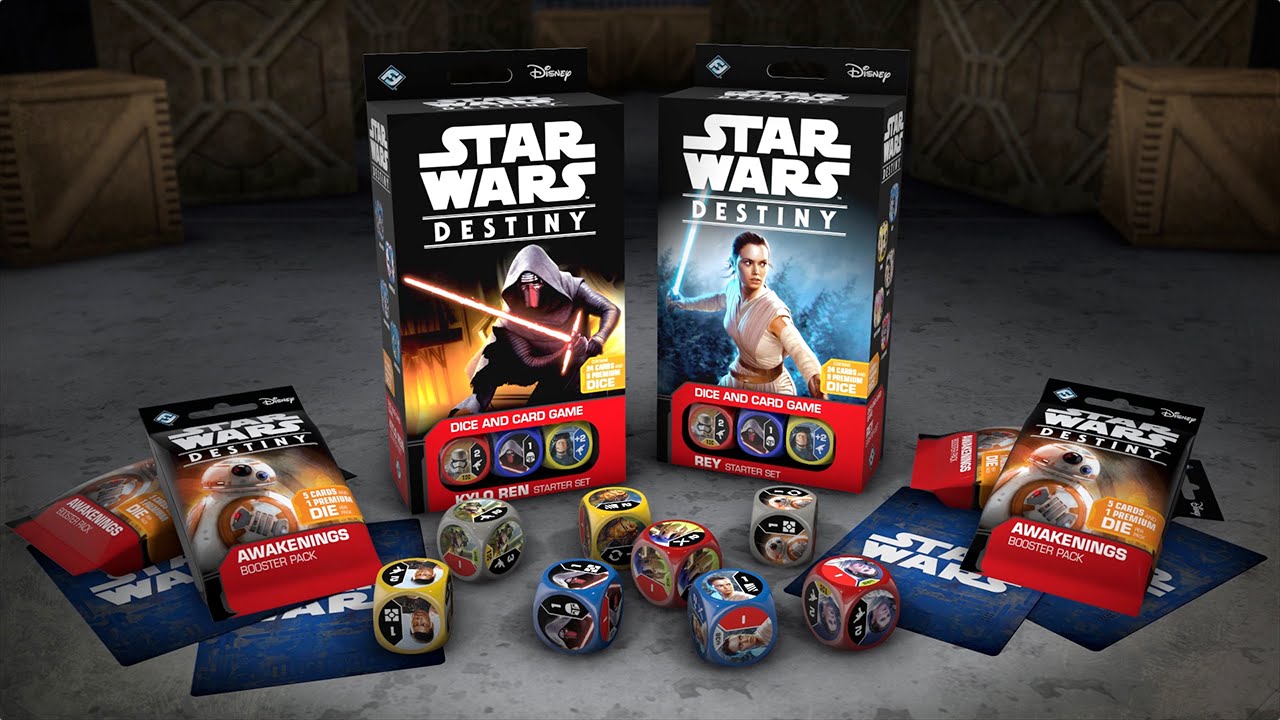 The horizon doesn’t look too grim and dark though…get it? We have a game with tennis like flow set in a sci-fi universe that is full of rich and vibrant worlds. This game even has cards and battlefields to fight over! The game I am talking about of course is Star Wars Destiny. It looks like a pretty fun game and seems like it takes simple heuristics and crates a spot for very complex decision making. The only down side is that it is a collectible card/dice game. Rarity and random boosters are for some people but not for me. If you are interested in filling the void that Conquest has left, maybe your destiny lies in this new Star Wars game…did you get this one?

What do you all think about the Void? … okay I swear that was the last one. CAn Destiny fill it or do we have to wait for FFG’s next creation, if it happens? Let me know in the comments. Livinig Card Guy out!