Today I would like to talk about a Game of Thrones Store Championship a friend and I attended a few weeks ago. This will be my first adventure into a tournament report so wish me luck!

First off, I would love to shout out to Chaos Game and More and Mr. Montez, our TO. The store is a great place, full of fun people snuggled down in Pueblo, CO. Upon completion of the tournament we had an awesome discussion with the owner about MTG-themed nights, miniature gaming, and of course LCG’s. If you have a chance to stop by the store, it looks small at first, but the basement is a HUGE gaming space with enough room for even the largest LCG events. So once again, thanks for hosting and I hope to go down again sometime! 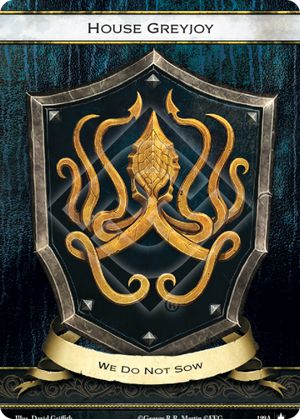 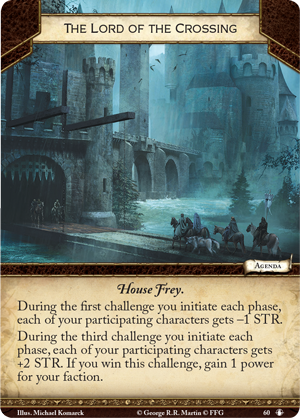 Let’s start off talking about the decks that we brought to the tournament. I (In my never ending love of rush and smash) brought a Greyjoy/LOTC deck, specifically this one. My comrade brought a Baratheon/LOTC deck, featured here, which ended up taking second. It was his first competitive event, so naturally I was so proud I coaxed him to go play. The event was super fun and there were 9 people there. I would cover the more successful deck, but alas, I did not pay attention to each one of his games, so I will only be covering my 2-1 record Greyjoy deck. 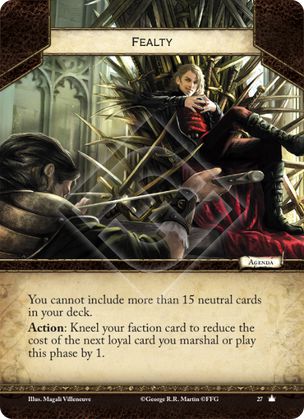 In round one I played a vicious Night’s Watch deck. since it had been a while since I had played and no one at our shop plays Night’s Watch (much less AGOT in general), I had to learn the hard way about a lot of cards. The main ones that hurt the most were Dolorous Edd and The Haunted Forest. These two were a pain in my ass when trying to trigger the unopposed challenges that Greyjoy loves! Surprisingly, I didn’t see Qhorin Halfhand at all which I was legit worried about. Greyjoy doesn’t do well when someone can initiate multiple military type claims in one round (Read Targaryen). A lack of good econ draw in the beginning lead to a slow start and not enough triggers from LOTC. in the end he won by Valar’ing Benjen. 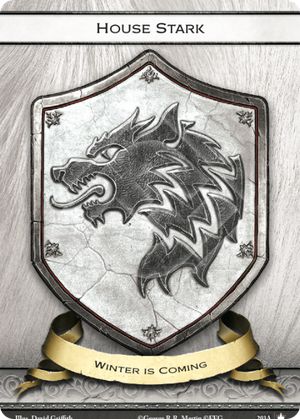 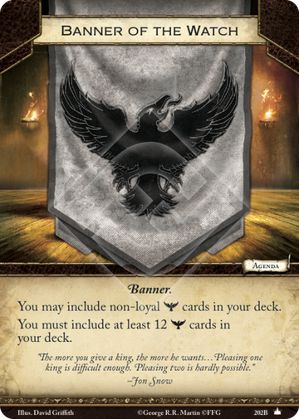 In this round I played a Stark deck. The person I played against, Tim, was trying out some new stuff with Night’s Watch in order to win off the wall and have a really hearty defense with some start cards. We had a great game, but he never saw The Wall or Winterfell OR Catelyn. That made a pretty difficult matchup into an easier matchup. Still rough, but with the ability to get enough LOTC triggers I was able to pull through.

My final game was against another guy named Kyle, who was also running Greyjoy/LOTC!?! What a crazy world. This game was intense. Rush vs. rush always makes me sit on the edge of my seat. We both were tit for tat the whole game but a well-played Valar and some quick thinking with Sea Bitch actually won me the game here. If we would have played one more turn though, then I would have lost. That is how close it was!

So I did not make the cut, but my buddy did and he ended up playing a really awesome Targ/Kings of Summer and the 1st place Night’s Watch deck piloted by Luke. Both of the games were fun, but I did get a chance to play the Targ deck and lose really badly during the cut. The deck was able to initiate multiple military claims and protected itself from Valar with a lot of good Targ Cards. It was easily able to recover and stabilize when Greyjoy was not. I took his deck list and built it out here if you want to see it. Again this is not my deck, but it is what I played against.

Overall it was a great event. I love AGOT in general I think the uniqueness of the game combined with a lack of consistency and using your plots to counter your opponents’ plays. If you have never tried it there is no time like the present to get into it regardless if you watch the show. If you do though, you get to build decks to either follow the alliances from the show or make new interesting ones! Also I will use this to plug LCG organized play. Most card game competitive play is for product. This means that the competition can make it unfun for some people for any number of reasons. LCG events are meant to help build a community by allowing players to meet new opponents and see new strategies they are not normally exposed to. The prizes are more fun than anything and while winning gets you bragging rights and sometimes a bye in the next event, it is mostly just a great time to have fun playing a game you love. So if you’re intimidated by normal competition, then you should definitely try out FFG OP when it comes around next in your area!

Have any comment on this brief tournament report or any comments on the event or decks? Let us know in the comments. Living Card Guy, out!

Allimages and links from ThronesDB courtesy of Fantasy Flight Games.