Hey, Aeitherkins. Dalton here, bringing you the latest from the 2017 DCC panels. I’ve got notes from the Nathan Fillion, Weird Al Yankovic, and Millie Bobby Brown panels. Check it out! A couple of years back, Alan Tudyk graced DCC with his presence. I recall a handful of jokes he made referring to himself as the poor version of Fillion.  I took that to heart and held it in my consciousness throughout Fillion’s panel to see if I agreed. I would have to say I do. Fillion carries himself with the personable charisma of Tudyk and the sarcastic ego of Bruce Campbell. He truly cares about his fans, but doesn’t mind the persona of being “hot stuff” in the most ironic of ways.

Many of the questions fed off of this facade, like, “do you like being an action figure?” Of course his answer was, “Yep!” But not before delving into his love for his fans. He said something to the effect of, “I can’t imagine my life where I don’t have you guys” in reference to the crowd. There were brief moments like that where you saw Tudyk come out in Fillion’s “Captain Awesome” exterior, and you could tell what kind of celebrity he really was.

The most hilarious moment had to come when Fillion responded to a fan question by attempting to call up Tudyk on the phone in front of everyone. The phone went to voicemail, and as the automated message played, Fillion held the phone to the microphone. But instead of repeating Tudyk’s voice, it began to recite his phone number through the microphone. Fillion quickly pulled the phone away as the crowd lost it in laughter. Eventually when the automated message had reached the voicemail portion of the call, Fillion cracked about accidentally making Tudyk have to change his number. It was a moment that gave a practical glimpse into their close friendship. It is that friendship, for many such as me, that defines them as celebrities and why they are adored by their fans. 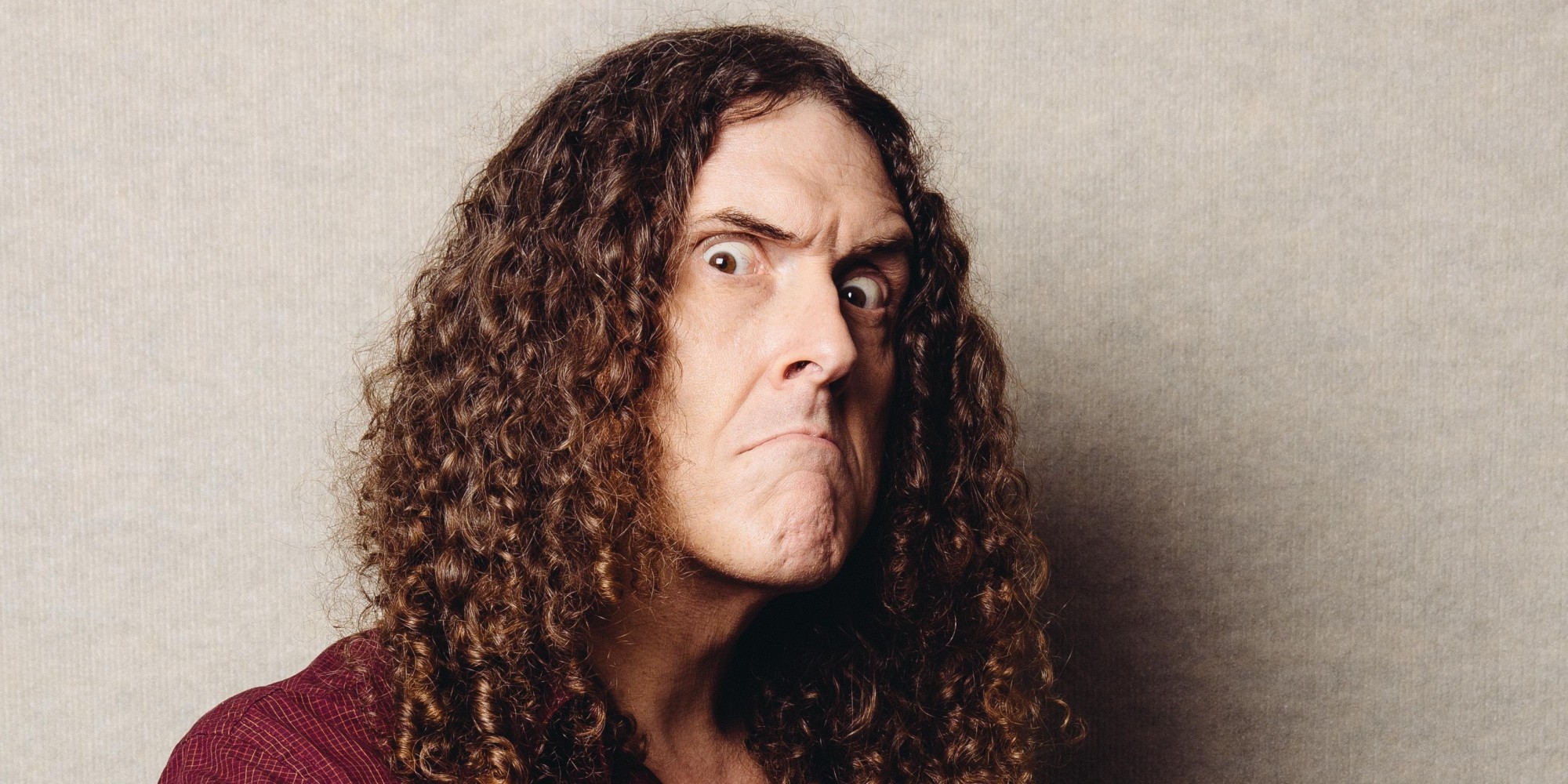 Weird Al spent more time on stage with the moderator than in most traditional Q&A’s, but he never gave the sense that he didn’t want to be personable with the crowd. Weird Al’s personality shines so strongly in his interviews and entertainment that you don’t feel like you are necessarily getting anything new from him in person. That speaks to his genuine nature as a human being. He just is who he is, and it’s a wonderful thing!

Weird Al has been a staple in the music industry for decades. So much so, that he mentioned that many in the industry have considered his parodies to be a badge of honor. Lady Gaga referred to his parody as a rite of passage. Few celebrities in any industry can boast such a statement. But Weird Al speaks it with a dismissive humility, knowing where he came from and never forgetting that. He said he is still starstruck by Paul McCartney, despite seeing him multiple times. Every time he sees him, he still gets giddy and can’t behave like a normal human being. Despite his parodies, Yankovic has a great deal of respect for musicians and artists, and it shows in his conversations on stage.

There are two routes kid actors take when they reach stardom. They can’t take the pressure of the fanbase and crumble psychologically, or they embrace their fanbase, adjust to the media presence, and eventually thrive via the understanding that they’re just people like everyone else. Brown has the aura of an individual who thrives in the environment she is in by retaining a steady flow of humility in her thought processes. She connected with fans in a way I’ve never seen in a panel. She refused to stay seated, and instead marched across the stage to be as close to fans asking questions as she possibly could.

She appears to have no fear, on stage or on screen. Apparently even the Demogorgon from Stranger Things didn’t frighten her. When she first saw it, she said it was creepy. But then they told her she’d be killing it, and it took all the intimidation away from the monster for her. That wasn’t true of all cast members. Some of the younger cast were told little white lies that the monster was nothing more than a creature from Monsters Inc., despite looking nothing like anything from that children’s animated film.

Much to the surprise and humor of the crowd, Brown admitted to having no clue her character on Stranger Things had powers until she was on set. When she was auditioning, she competed against 300 other girls with little more than a commercial or two under her belt. After four rounds of auditions and a Skype interview with the directors, Brown was sent for a screen test and head shave and had the job the next day.

Currently filming for the new Godzilla movie, Brown had to fly back and forth from the set to the con, having done a scene for the film just last night. In between scenes and algebra, the mature-beyond-her-years actress supports several foundations and loves interacting with her fans. Her down-to-earth personality is reflected in her treatment of everyone, right down to quickly giving a hug, and even singing a tune to hundreds, upon request from a single fan.