Comics and the People That Write Them

Now that I’ve got a year of experience at the Denver Comic Con under my belt, it was much easier to plan out which of the many offerings I wanted to make sure I attended on Day 1 of DCC 2017. In addition to offering an impressive number of guests, Pop Culture Classroom provides panels on any subject that may content your geeky heart. Founded in 2010, Pop Culture Classroom was originally created to “enhance and improve student’s learning experience through the use of comic book media.” Since then, they have run the Denver Comic Con where they provide education not only on comics but cosplay, fandoms, and many different kinds of games for everyone from families to enthusiasts to educators. If you enjoy DCC, be sure to let the Pop Culture Classroom crew of your appreciation!

I am particularly grateful to PCC for providing amazing comics panels that just seem to get better and better. While I thoroughly enjoyed the panels last year, today I was able to attend several panels that helped increase my understanding and enjoyment of comics to a significant degree. And I already love them enough to write about them every week! Without further ado, I present Cait’s Day 1 of DCC 2017!

Cover Artists – Can They Critique Themselves (Part I) I will admit that I originally chose to cover this panel because it was listed as the main panel for Chrissie Zullo, of whose art I have become a devoted fan since seeing the covers in the Fables graphic novel series. To my delight, this ended up being one of the most fun and educational panels that I have ever attended. The panel was moderated by PCC creative director (and artist for this year’s DCC cover art) Matt Strackbein and the guests on the panel were Chrissie Zullo, Jeff Dekal, Philip Tan and Mike McKone. Despite having only known about Zullo prior to the panel, these artists are all incredibly talented individuals. The set-up for the panel was quite clever. For each of the artists (all of whom have made their name making covers for various issues of comics), Matt Strackbein picked what he felt was one of their best covers and asked them to critique it and tell the audience what they liked and disliked and the experience in creating it. For those like me who had limited knowledge of how cover art comes about, it was extremely educational. Thanks to Matt and the artists, it was also highly entertaining. 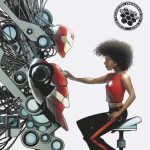 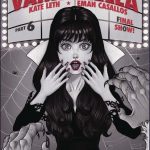 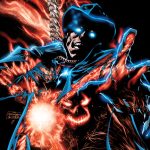 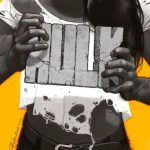 Good moderators can make or break a panel and I have to say that Matt was one of the best I’ve ever seen. He clearly loves comics and his enjoyment of the art showed in the questions that he asked and in the way that he spoke with the artists. His questions were precise and insightful and helped spur further discussion on each of the covers. He will be moderating the next part of the panel tomorrow at noon in the Coast City room and I very much look forward to seeing the next group of cover artists respond to this self critique.

What was perhaps most valuable about the panel was the honesty of the artists themselves. Some of them worked with traditional media and some with digital. Most left the coloring to others and talked about how many sketches they usually submitted to the editors. Each had their own level of frustration (or sometimes delight) with the amount of editorial input that they had to deal with. In each case, viewers got to see a sneak peek into what it’s like to be a cover artist, the process and the amount of time that it takes them to create the art. In some cases, the artist didn’t even like the finished result and wasn’t hesitant to say so even when Matt was a fan of it. Last year, it seemed like Chrissie Zullo kind of hung back in some of the panels so it was really great to see her talk about her artwork and get to hear more of her opinion. And I immediately became a fan of the other artists on the panel who have some really incredible talent.

Whether you’re a huge fan of comics already and know everything there is to know about the process or are a complete stranger to the format and just want to see some art, Cover Artists – Can They Critique Themselves is absolutely a cannot miss panel! I may say that about a few things but seriously, if you miss Part II, you are seriously missing out on an awesome experience. I cannot praise this panel highly enough and am very much looking forward to Part II tomorrow afternoon!

Diversity in Comics (Part I) – Are Things Really Changing This panel immediately followed the cover artists self-critique and turned out significantly different than I had expected going in. In the graphic novels/comics (pick the word you prefer) world, there has been significant discussion of the need for diverse characters as well as backlash to that. Moderated by Juan Gabe, this panel took on the task of discussing how far along we are in getting to a reasonable level of diversity in the format and whether the comics industry is moving fast enough in this direction. Given the backlash against the female Thor and various other changes by Marvel and DC, I was expecting unilateral agreement by the creators that we need change and we need it now. To my surprise, that wasn’t the consensus the the panel reached.

Each of the guests (Dan Parent, Dexter Vines, Justin Ponsor, Georges Jeanty, and Alitha Martinez) has had varying levels of experience with the Big Two publishing giants of comics but each felt that while there was an increasing amount of diversity in comics, it wasn’t all that it’s cracked up to be. Alitha Martinez and Georges Jeanty in particular argued that oftentimes the diversity feels forced. That if the characters aren’t strong, it just feels like a sort of token gesture towards diversity. Both creators wanted to push for better stories that happened to include diverse characters who were interesting beyond their racial or gender identity. Georges in particular argued (convincingly) that the publishing companies will push stories that test boundaries only if it’s a popular topic and seems likely to catch people’s attention. Sometimes this is done with a well-rounded, interesting character who happens to have non-traditional aspects, like Ms. Marvel and the way that both being a woman of color and a Muslim is part of the story but doesn’t define her or the story itself. And sometimes, it’s not done as well, as the panel argued had happened with the female Thor storyline which felt forced to some of them and a disappointment after they had become a fan of the Thor most of us were familiar with. While I didn’t agree entirely with the panel (I personally was a huge fan of the female Thor and felt that her story was handled very well even if the publicity for it was completely mishandled), I appreciated that the focus was on good characters rather than forcing a standard. I want to see more diverse characters and less male dominated, I tend to agree that there is no point if the characters aren’t interesting.

Those were my choices of the panel offerings for Day 1! Hope you enjoyed hearing about them and let me know if you had thoughts on these panels or any others! There are some great panels scheduled for the next few days so I’m looking forward to reporting back on Day 2 tomorrow night!