The Art of Martial Gaming

A long time ago a friend and I discussed the difference between deck building games and martial arts. We never really came to a conclusion about whether or not one can easily compare one to the other but we did have some interesting things come out of it. Today I would like to discuss the points we brought up!

Initially the conversation was about how someone could track game plays in a notebook for Android: Netrunner. It seemed so strange to my friend that someone would write notes about each game down. I mentioned that it seemed similar to training in a martial art to me. It is not obsession, it is more like training. Having the notes and looking back on your gram play is like training your mind to act a certain way, much like practicing martial arts moves trains your body. However there were a few problems with this. Drills are fast and physical whereas playing a card game is long and mental. On top of that we seemed to be comparing apples to oranges because the end goal for any game is to win in a competition. As opposed to martial arts where the end goal is not exclusively to compete. Officially the new board game of this article!

The next step was to try to find a better basis for comparison. So it was suggested that the act of deck building could possibly be compared to the training a martial artist goes through. The logic here being that you could build a deck with no intention of playing in a tournament. This would be an exercise in problem solving and understanding a rules system to train your mind in critical thinking. To me this was similar to the way martial arts can simply be done to train one’s body in a particular way. Each party is learning a system of moves that are allowed in the given milieu and trying to utilize them to make themselves a better individual. However the point was brought up that gaming is inherently more competitive regardless of what aspect you are focusing on due to the definition of a game. A martial art could be practiced completely outside of any competitive environment. A counter could be does that practice still constitute a martial art but the conversation ended before we could go any further. 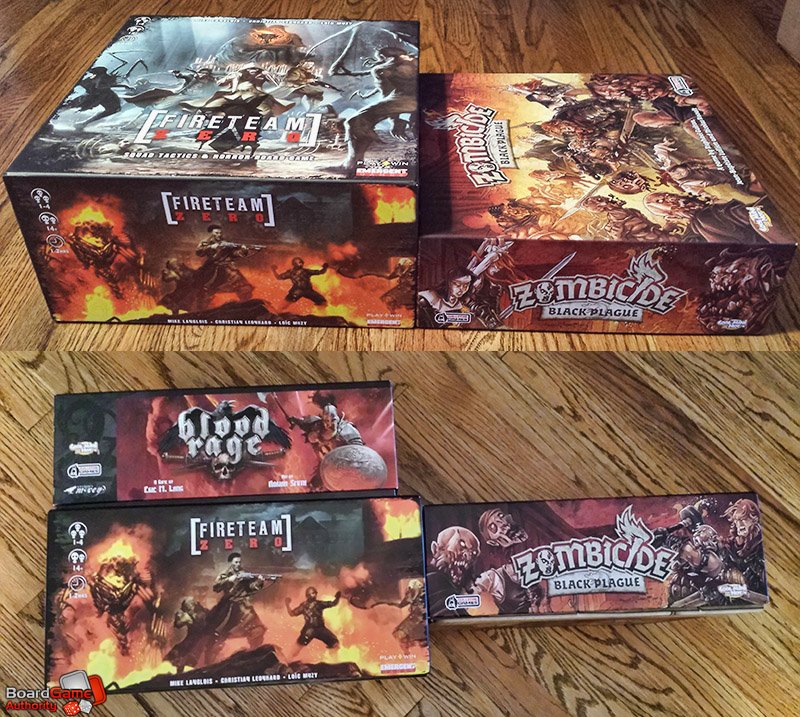 Some board games make better weapons than others. The bigger the box the more damage you can do!!

So in the end we never really reached a conclusion but the journey was still an interesting one. How closely can we compare two hobbies? Can we simply use a measure of time spent practicing an art to compare any two systems or must we delve deeper each time we make a comparison? To be a bit cliche, can we compare apples to apples if the apples are both different species? This conversation took place between Kendric, another writer here on Aeither.net, and I. If you think this is an interesting topic, check out our podcast, SitSoc, where we debate and talk about lots of interesting things! Thanks for reading everyone and if you have any comments or ideas to add put them in the comments. See ya next time!