Just two days ago my roommate and I played our first session of T.I.M.E. Stories. I have described this game as a puzzle room in a box. However, that was not really an apt description. It is more like a secret volcano puzzle lair in a box. In T.I.M.E. Stories players are working together as members of the T.I.M.E. (Tachyon Insertion in Major Event) Agency. This agency is responsible for making small but important changes in time to prevent horrible things from happening! Each player chooses a receptacle which you control during your “run” (that is what each attempt on a mission is referred to). Think of it kind of like a Quantum Leap thing, meaning you are in the body of a person for the length of a run. It was a very new and interesting game and today I would like to talk about my experience with this new kind of game/experience today. I will attempt to be a spoiler free as I can. 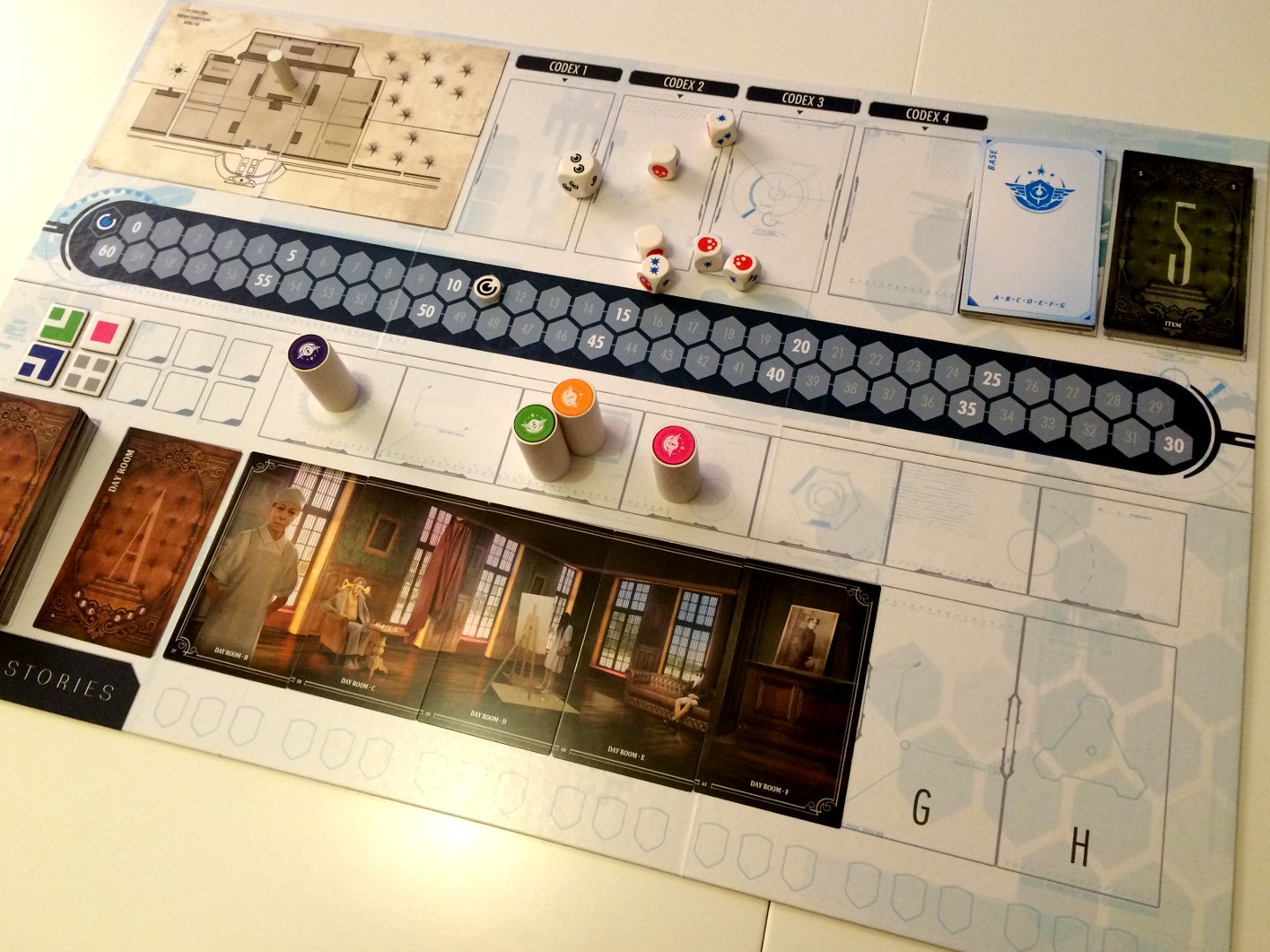 The board is referred to as the console where players manage the game state and it looks just as good as the cards do!

First off I would like to say the art in the game is amazing. Each location has it own panorama that you explore with your team. The location’s ambiance is set with these panoramic illustrations and the story will be told the same way. The location cards also have more art/story/adventure elements on the back of the card to look forward to! Every receptacle looks very distinct and their personality truly comes out on each card. Each item you obtain is unique, even if you get the same kind of item a few times. We had a few different keys at one point and they were all different and that made it easier to remember where to grab them if we failed a run and had to try again. The fact that the game’s art facilitates your need to remember things is actually a big deal. 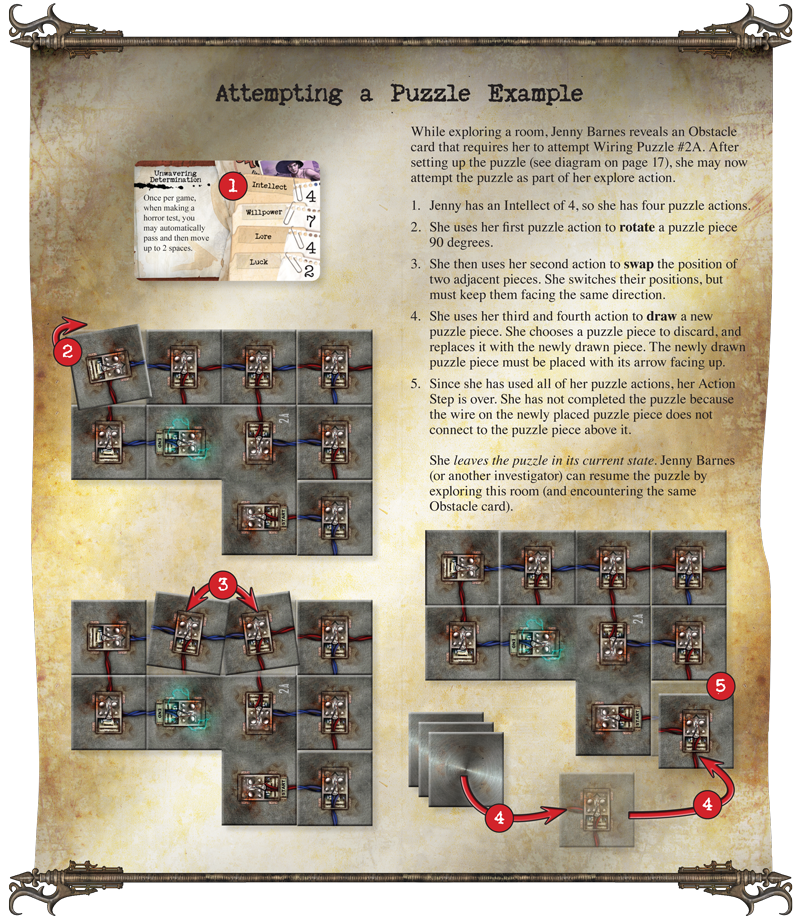 These mini games in Mansions of Madness are fun but no where near as deep and challenging as the ones in T.I.M.E. Stories.

The main thing to remember about T.I.M.E. Stories is that the players are attempting to solve a puzzle. This is not some kind of small brain-game style puzzle like in Mansions of Madness (which are not bad, don’t get me wrong). These puzzles require players to have to travel through various locations, collect various pieces, and  then use those pieces to figure out what to do next. This was simultaneously the hardest and most interesting part of this game. If you go in (like we did) thinking simply collecting stuff was the way to to unlock new rooms, you will do badly. The game says it at the beginning of of the rule book, “Most of the scenarios are based on an enigma, so pay attention to what you read, what you see, and what you’re told.” Keep in mind when you play that the game will sometimes for a break in immersion to facilitate the story moving forward.

I think one of my greatest criticisms of the game is that the intro game is not really an intro. You literally have to be a scholar with the rulebook to make sure you play the first game right. Some may say that the game gives you a few chances on the first mission but I will tell you now it matters to your progression in the game. A simple intro room to give the depth and scope of the game would have been very VERY helpful in understanding what to expect from the game. Because of these two things, the first game went VERY badly for us and it was disheartening. However I am excited to play the Marcy Case expansion and get some new people playing it. 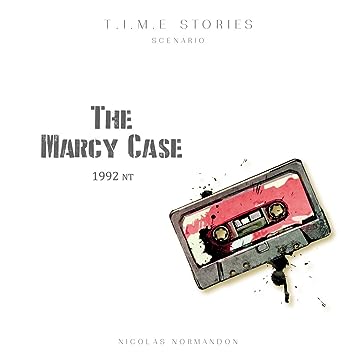 I would say definitely try T.I.M.E. stories even if this review wasn’t lacking content it is definitely worth the money. If you compare it to going to a puzzle room (which also can only be done once per story) it’s a bit more cost accessible and you can do it from your home. Plus the expansions give you even more content thus making it even cheaper than a puzzle room. Please try out T.I.M.E. Stories if you are looking to break the mold of your usual board game, you will not be disappointed. See ya next time!