If you’re involved in our hobby at all you know that adding miniatures to your games makes it significantly more buyable. This isn’t just from seeing the Kickstarter hype over Bloodrage or Conan. This is true even from games published without the help of backers. We see this as a huge flaw from most of the Dungeons and Dragons games and also from almost all of the non-LCG Fantasy Flight games. Recently, Games Workshop (GW) decided to reenter the “bard gaming” market. I say this with air quotes because some of the games they offer are literally more than a way to get your favorite GW models and a book for how to play with them alternatively if you don’t play their main games (see Lost Patrol or Gorechosen). However, with their recent releases (Blood Bowl and Warhammer Quest), GW seems to have dynamited their tunnel [vision] and really started to offer some great games. That being said, they have stuck to their guns and not pre-built any of the models in their new games. This is an interesting juxtaposition to the rest of the market and I wanted to take some time to discuss my thoughts on it today. 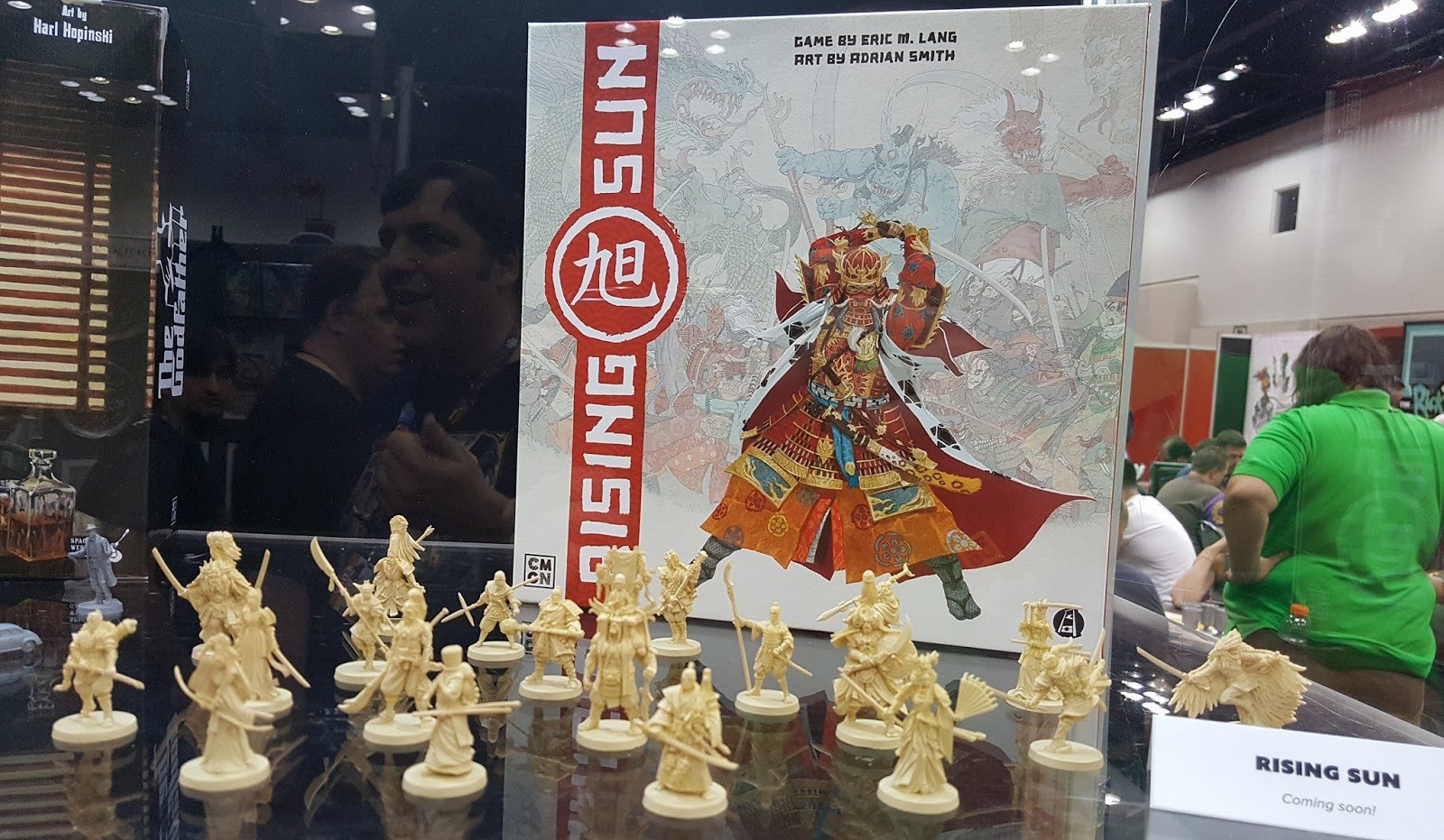 Rising Sun is the new big thing from CMON. Here are the photos from GAMA! Source

In the new world of gaming, most companies are offering pre-built models (which I will refer to from here on out as mini). A game with minis is very nice because it allows for immediate out-of-box playability. The Kickstarter world is alright with games offering or completely built around minis. For a while, people were actually angry that Kickstarter had become a place for people to sell miniatures with rule books attached. This was barely the case with games such as Myth, which was touted for its minis and the amount you get, but ended up being a terrible game at release. Not all games from the Kickstarter world are like this. We have seen great success in games and minis coming from companies like CMON and Various smaller studios. Most notably Conan, Fireteam Zero, and Dark Souls: The Board Game. Besides being easy to play without having to build the models out, these games also allow for easy use in other scenarios. The one I can think of off the top of my head is how we use the Imperial Assault minis when we play Edge of the Empire. While models offer the same use, it is only after you have spent the time to build them. 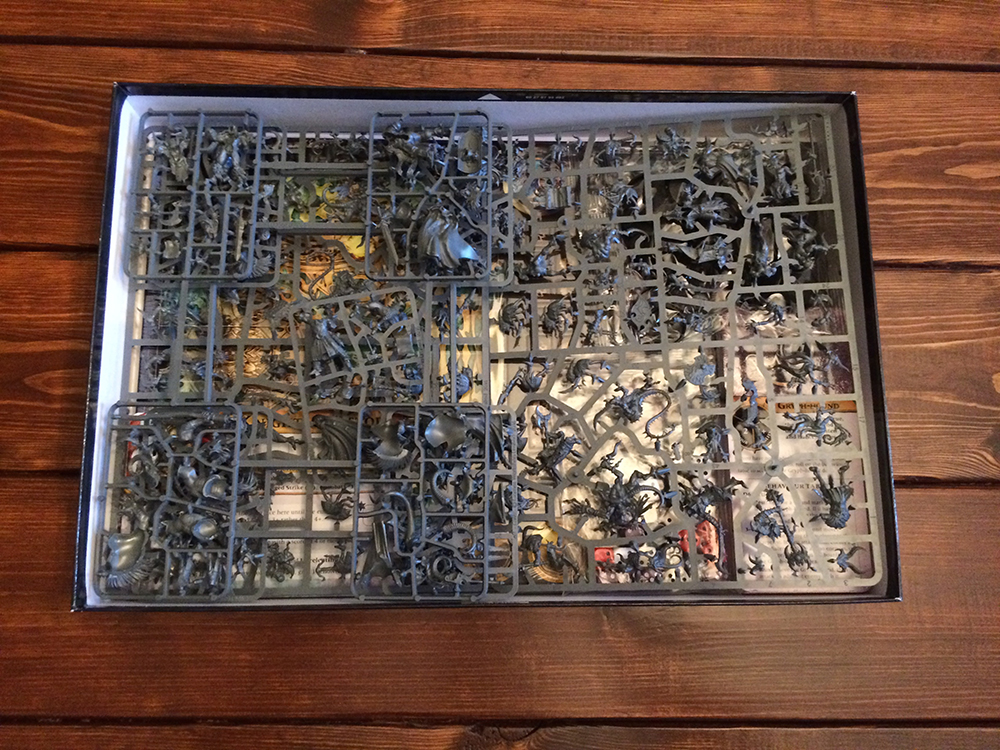 Look at them! THE POWER OF THE CLIPPERS COMPELS YOU! Source

Games Workshop has stuck to their sprues, if you will, by not offering any minis (as I am calling them). They ship all of their games with sprues that then require you to build out the models. However, they are not alone, as a few other large games gave gone with models instead as well. We have all heard of Kingdom Death Monster by this point and if you have not then take a look. This game is massive and all of the models are customizable. This means you basically have to have models in your game as each person will want/need to customize their avatar as they progress. GW does offer this as well in their Warhammer Quest rerelease. Most of the models have alternative builds that you can use to make your game unique. This is not a far cry from GW’s normal behavior, but it gives us insight into not only the benefits of this decision, but the reasoning they may have gone with. Shadows Over Brimstone is another game that chose models over minis. This was an interesting choice since all previous Flying Frog games have been minis, but I believe it has something to do with cutting down on production costs and being able to offer a ton of expansions with that model. 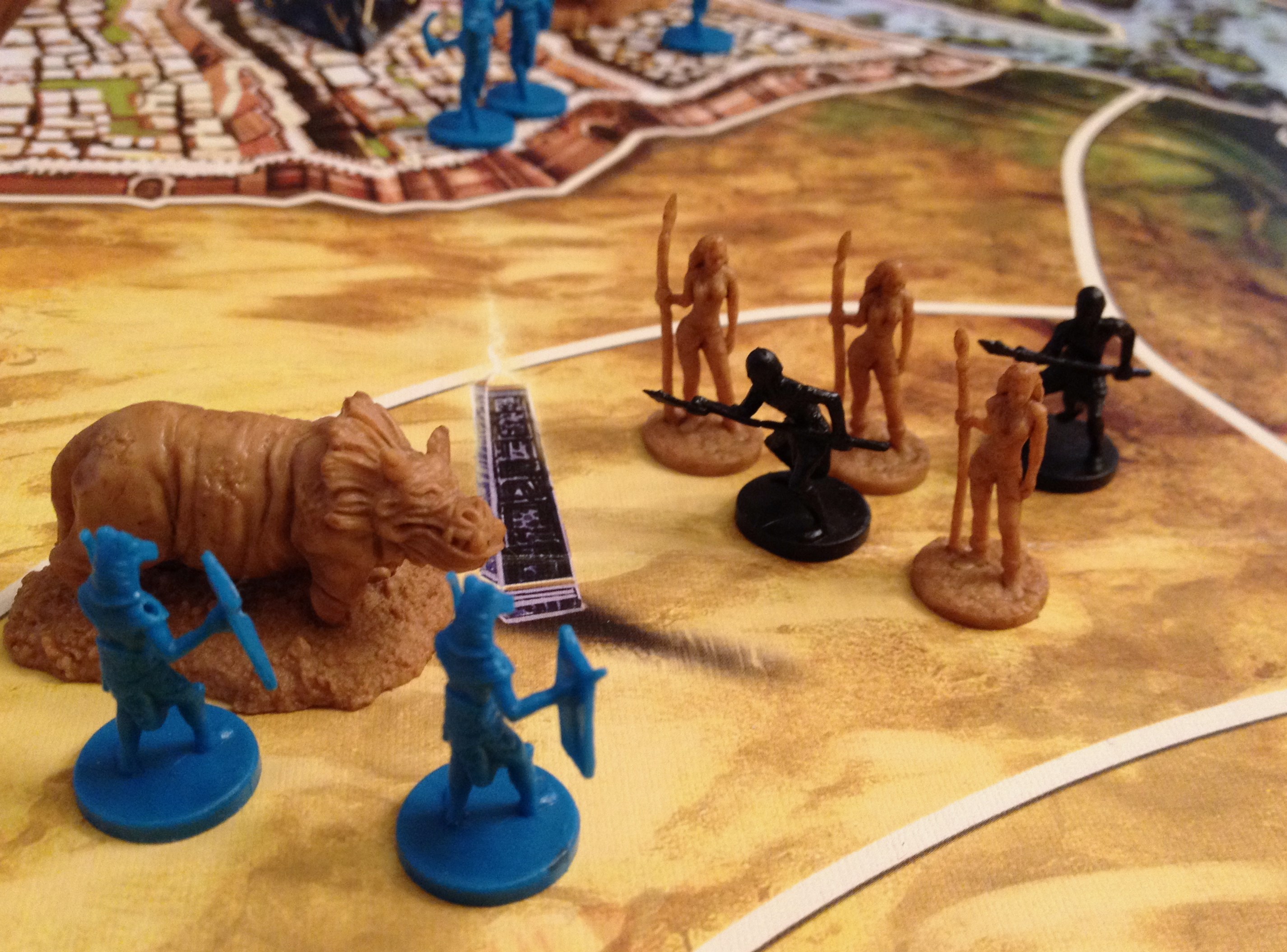 Regardless which way you go, nothing is worse than bendy spears! Source

There are clearly companies on both sides of this in the industry. Some companies prefer to have fully built minis all molded sans mold lines and others allow for a more classic experience of building. One offers more customization and the other is more about use. It is easy to see when you handle the models vs the miniatures which ones are meant to be handled. The minis are more sturdy, but lack some of the refinement that models have. The models forge robustness to offer far more detail and form. If you are buying into a game because you want to play it or like the rules, I would say you are safer with a minis game. If you want a nice model building project alongside your new game, I would very much suggest going with any of the new GW offerings. Both have a place and I am glad to see GW getting more into board gaming along side their table top franchise. How do you feel about minis in gaming? Are you a fan of prebuild/molded minis or do you like building them on your own? Let us know in the comments and I’ll see you next time!

One thought on “Boxed Culture: Minis Versus Models”