It has been a while folks but I had the urge to write about board games again after playing a really cool set of games. If you are a tried and true fan of Boxed Culture you will remember I did a review for a game called Time Stories a long while ago. This game was originally very controversial because it was all about the first (and only) game. Once you have played through it, you were done. Well, you were done with that scenario until another one comes out. This was one of the few games that came out where people were really on opposite end with how they feel about it. Some people did not want to spend money on a game they could play once, where others saw the opportunity to have an awesome experience in their own home for significantly cheaper than going out. In the end, I ended up caving and buying all of Time Stories because everyone in my group loves the experience.

Recently the same company took a bit of a different route with these one-time experience games and did their best to represent a full escape/puzzle room in a 20 dollar board game. The series is called Unlock!, and I am a very big fan. Right now Unlock has a few different types of games. The first set of three that was released as part of the Escape Adventure series. These places the players in a room or series of rooms that next to escape from. Simple enough. They have varying difficulties and different themes but I really like is how all the game is a single deck of cards. Yes, that is right the whole escape room experience in a single deck of cards. Basically, there are cards the interact with other cards to generate a number. Pull that number from the deck and you either got it right or you get a penalty. If you get stuck you can use a hint for a given card.  Find a key code on the card save it and enter it later. All of these things are controlled by a companion app which tracks your hints, penalties, and codes you have to use in the 60 min you have to ESCAPE!?

Around the same time, many other companies have tried to do something similar. One that stood out to my group was EXIT The Game from KOSMOS Games. These games are also escape rooms in a box but they are far more interactive than the Unlock! games. They actually require you to fold, cut, and manipulate the components to solve the riddles. it has decks of cards and other components to get you through your adventure, but no app to hold it all. These games are far more tactile than the Unlock! games and I think that is why they get my vote for a better escape room in a box. 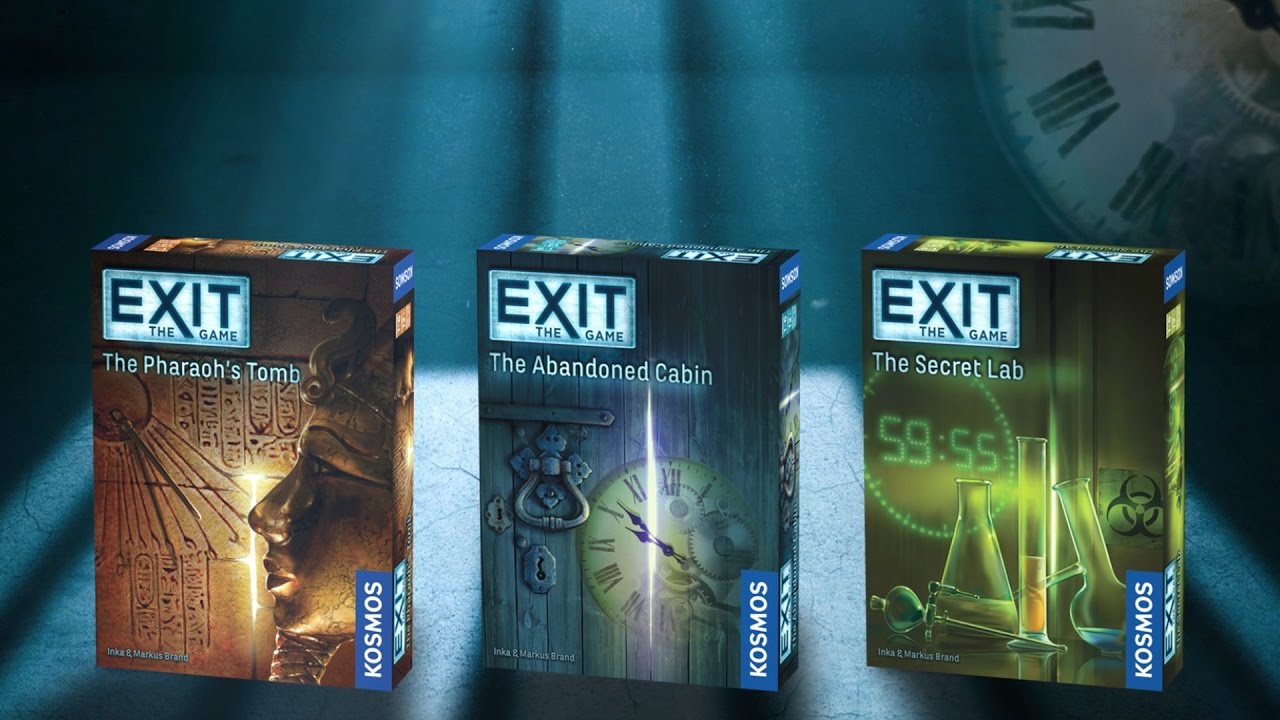 I personally think both of the types of games fulfill something differnt. If you are looking for fast and fun and easy to play in seconds, go for Unlock!. if you want something with a bit more depth and more of a puzzle feel then go for EXIT The Game. Both are frequently releasing new versions and both currently sit at having about 5 or 6 released today. In addition, you are looking to spend about $20 for a night of fun, which when compared to other things you could do for a night of fun (even real escape rooms) is a very, very reasonable price.

Thanks for reading today! Have you played any other escape room in a box games? What did I miss? Let me know in the comments and I will see ya next time!