When it comes to designing games there are lots of people who immediately spring to mind. From Bruno Cathala to Ignacy Trzewiczek, many designers are beginning to be common names. On top of which, some of these designers even run their own companies! But none of them also do the art for all their games as well! Well Ryan Laukat from Red Raven Games is that man and today I would like to walk through somone of the stuff that I think makes him an awesome member of our community!

Ryan Laukat (left) playing Trollhalla, a game he did the art for, with designer Alf Seegert (right). 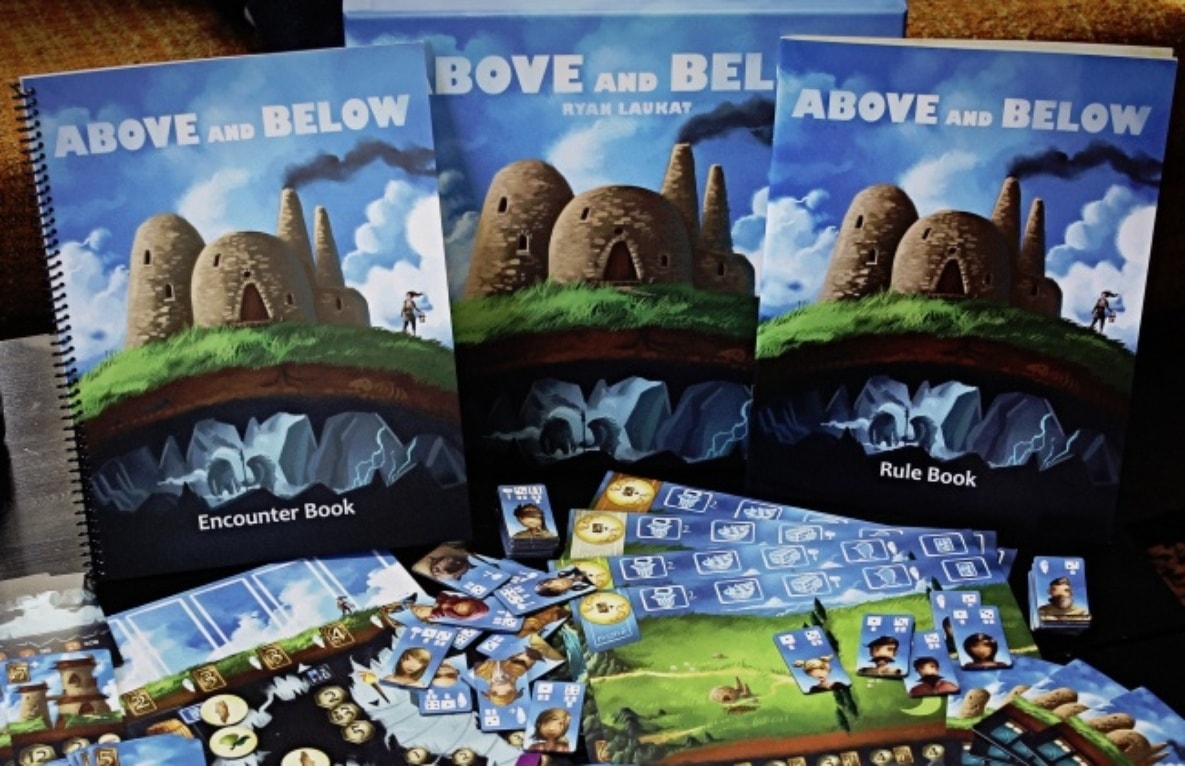 The Encounter Book is how players tell the story when they choose to go adventuring as one of their worker placement actions!

Ryan Laukat has a nice list of games that are all pretty smooth to play. One of my favorites at the moment is Above and Below. This game combines a engine building euro with a choose your own adventure story game! While some of the rule books have small translation error they are nothing that cannot be worked out. Even inspite of this, just finishing a single game is enough get a solid grasp on the rules. Each of his games has unique mechanics that are tied into the three and boy are there a lot of them!

Theme and the Bigger Picture 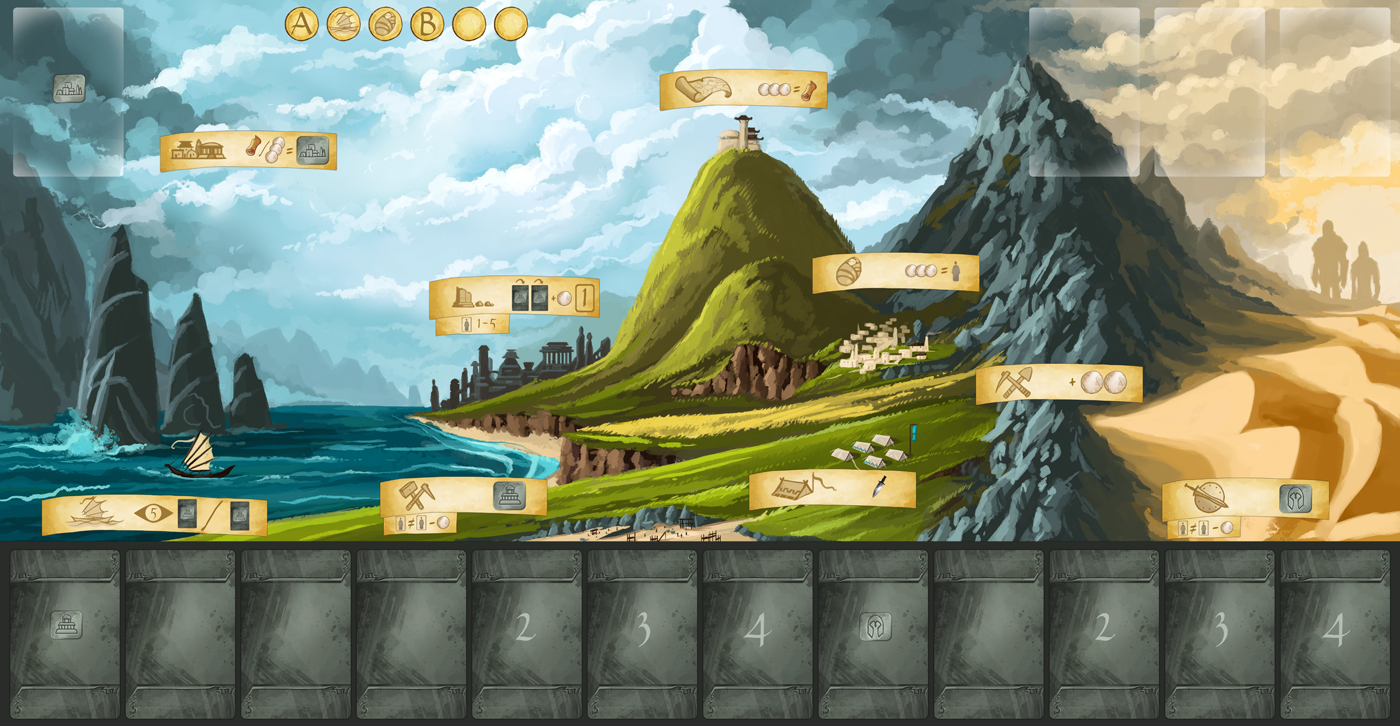 This is the main game board for The Ancient World. You can see that from the dangerous ocean to the desert where the Titans dwell, the game has amazing art in the world they have built

Each one of Ryan’s games is set in a unique world of his creation. From steampunk animals to titan fighting tribes, you can count on each game to feel uniquely different when considering theme. While each game’s mechanics allow you to act in the world, Ryan does a wonderful job making the world feel real with his art.  The boards are simple and elegant allowing for easy viewing of each player’s stuff. Each punched component has a unique shape and feel that allows for easy understanding. On top of this, the art is magnificent. Iconography is a huge deal for me in games. If you can easily identity which icons mean what on the fly it means less time spent referring to the rule books. The games get funded as fast as Pokemon Go servers crash when you get off work!!

Red Raven Games has been on Kickstarter since 2012. Their first game was called Empire of the Voids, which was a space empire building game. Since then we have seen 11 other games from Red Raven, which is nearly all of  their games and expansions, that have been launched on Kickstarter. This company has really taken this new world marketplace to heart. Each time a new game from Red Raven comes up, they are backed in mere hours. They’re most recent game, Near and Far, is currently on Kickstarter and is at 1000% funding. Trust me, they are worth looking into.

Thanks for reading everyone! If you know me and want to play any of Red Rave/Ryan Laukat’s games let me know, if not definitely check them out somehow. If anyone has any other comment on this topic, let me know in the comments. See ya next time!