Skip to content
Home » Boxed Culture: Along the Game-or Run

In honor of Star Wars week, I wanted to talk about some of the less popular, or less well-known, Star Wars board games. The ones we hear about a lot like X-Wing, Armada, and Star Wars Destiny are all fantastic games, but there are a lot more of them that are made by larger companies as what a lot of us would call a cash grab. However, in the vast universe there are a few great games that have come out that are worth your time and would make you happy to bring to the table.

I start with this game not because it is obscure, but because it is not one of the miniature games or card games based around the series from FFG. Sometimes the other games tend to take a lot of the wind out of the sails of most of their other products, so I feel it is my duty to mention Star Wars Rebellion. This game revolves around each player controlling the Rebellion or the Empire in the age of the Empire time period. The Empire wins if they can squash the Rebellion and the Rebellion wins if they can survive! The really awesome aspect of this game that draws people in is the idea that you control the story yourself. So maybe the Empire captures Chewy instead of Leia. Maybe Grand Moff Tarkin then decides to blow up Kashyyyk instead of Alderan, then maybe Han solo is a huge player in the Rebellion instead of just being looped in by love! Just really cool stuff can happen and there is always a story to tell after.

The Queen’s Gambit may be known to some, but only as what we call a “Grail Game”. These games are ones that people search for to collect and even play if the pieces are intact! The awesome aspect of this game is that not only does it have a war on two fronts, but you get a huge toy factor. Since the game takes place at the end of the Phantom Menace, you are managing the Battle of Naboo. So one player controls the Gungans and the other Naboo inhabitants and the other controls the Trade Federation. The toy factor comes in because you actually get to build the multiple levels of the palace to fight and move around. A really cool game that is touted as one of the better games that you can no longer get. 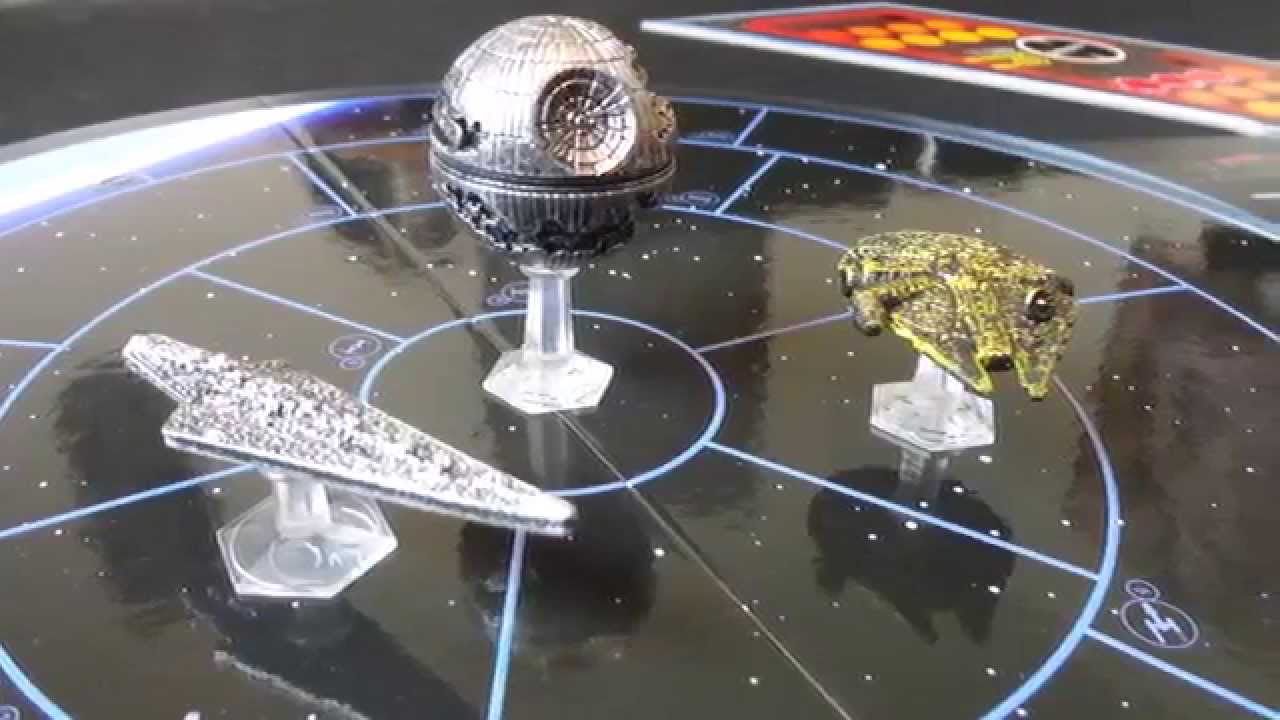 Risk is one of those games that is treated in the gaming community with a bit of disdain. It suffers from the problem of being very swingy, has early player elimination, and just takes FOREVER! However, this Star Wars take on Risk is built in a bit more modern way to allow the players to fight the battle of the Death Star in the final moments of Return Of the Jedi. Also it has pretty awesome components and a great board feel. As far as Risk games go this one is right up there next to Risk Legacy! 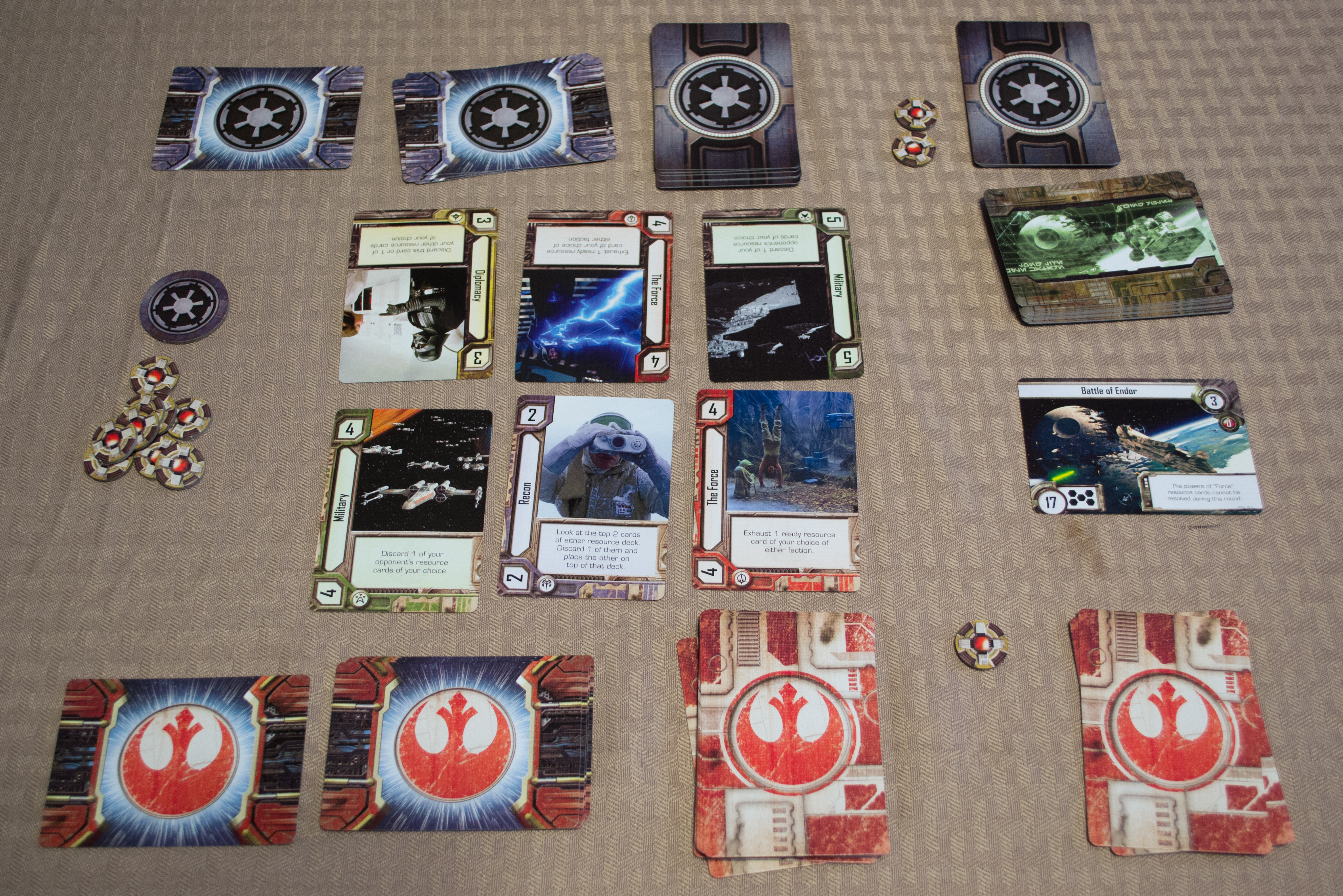 Star Wars: Empire vs. Rebellion is a great two-player game that allows each player to gambit cards to win objectives. The feel is very tight and the game is a great small two-player game to take anywhere. Unlike the other games on this list, it is compact and easy to carry anywhere. It doesn’t take up much table space either, which is nice! Two-player games are underrated and the more of them you can add to your collection the better!

Thanks for reading! I hope these games are at least ones that seem interesting. Got any other suggestions? Let me know in the comments. See ya next time!