It is that time of year again where we spend lots of money on other people we love! Hopefully most of the people you love also love what you love so the gifts are awesome for everyone, haha. All selfishness aside here is a quick list of games to look at getting this year for all the different types of gamers in your life.

Go Light and Easy with Ticket to Ride: Rails & Sails

If you are looking for an awesome light game for all those family members who play lots of games and those who don’t, try Ticket to Ride’s new addition to the family! Rails and Sails is more of an expansion of the base game but set over the whole world. That is where the Sails come in as one of the new mechanics is traveling over seas and well as across train tracks. This edition is a bit more expensive but with the double-sided board, double the components, and room for expansions in the box, it is easily worth the $72 price tag. If that is a bit rich for your blood try the original because either way it is a great game to have in your collection.

Get Your Euro On with Scythe

When you know your giftee is in love with the awesome brain-burning goodness of a Euro game, treat them to Scythe from Stonemaier Games. This game not only has the awesome theme of a gritty alternative WW2 world but it also has amazing miniatures and awesome Euro mechanics to back it up. This game is truly the whole package for your Euro lover. With each player selecting one of four actions to take every turn, it combines simplicity with the depth of interaction that most Euro lovers crave.  Pick up your copy from Amazon for around $80.

Try to Survive the Season in Dead of Winter: The Long Night 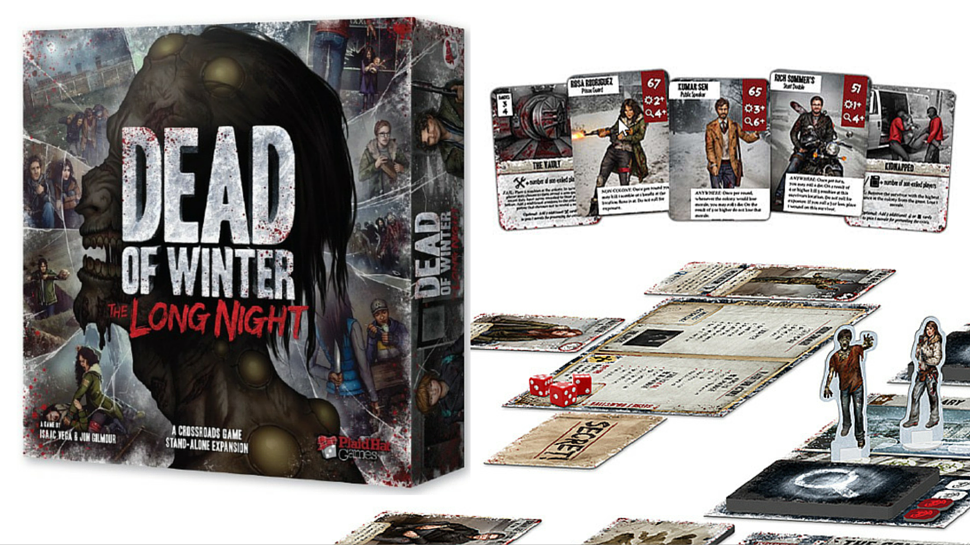 Buy it from CoolStuffInc. Source

Dead of Winter is one of the most amazing thematic games that is out there today. From the Crossroad deck causing awesome stories to the traitors trying to manipulate the game, you can expect Dead of Winter to always end up in a great story to tell. The Long Night is both an expansion and a standalone game, having all the components and dice to play by itself but able to be easily included in the original. This game is sure to make you check outside before you go to sleep on those cold winter nights we are having lately! Pick it up from CoolStuffInc for $32.

Buy it from CoolStuffInc. Source

If your group usually sits around 4-8 people, you need to have a game that will cover it. In flies Captain Sonar! This game pits teams of players against each other in a submarine hunt to the death! The players on each team take roles on the sub and have to try to track down and destroy the opponents’ sub before it is too late. The game is a great time with a huge screen that divides the teams. This allows for only the power of sound and logic to be used while hunting. It is a great fit for big groups and a hit each time it is played. Pick up Captain Sonar from CoolStuffInc for $43.

Hope this makes your holiday season a bit easier. If you have any suggestions about games I should have included, let me know in the comments. See ya next time!