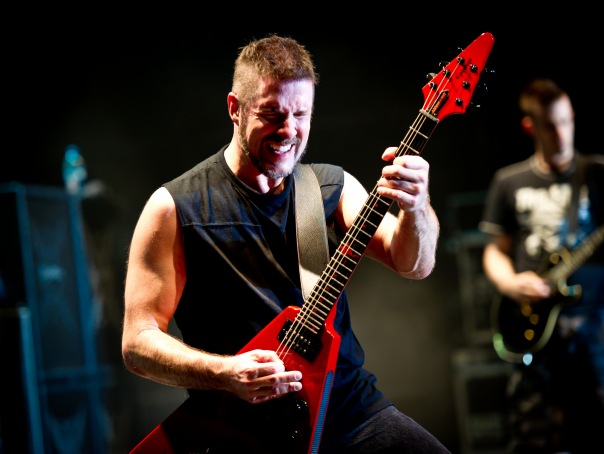 It’s 2017 and it’s January so that means this month is dedicated to prepping up for the next 70,000 Tons of Metal cruise.  This year will be my third year going and I am beyond ecstatic.  As of today (28 January 2017), there have been 59 out of 60 bands announced.  My gameplan is to cover 12 bands every week, except for the final week (this week) because at that point I will already be in Florida (by the time this posts) and not every band will be announced at that point.  The order in which I review these bands will be in the order that they were announced.  I will showcase a song from each band as well as my general impression of that band.  Some of these names will be bands that I am just hearing for the first time.  I will probably just select the first song that pops up on YouTube and make a determination from there.  This is week three, so we’ll be looking at the remaining bands

Edenbridge is definitely a band I am excited to see.  I don’t know how often they tour the States but I have never seen them nor have I heard of them on tour here.  This is a band that I will be seeing a set of, I’m sure.  Though I do worry that the cruise booked a few too many of this kind of band.

This is probably the funniest thing I have ever heard.  This band as well as other band in this list has a song called “Odin Owns Ye All”. They are not covers of each other.  Holy shit.  This is really amusing to me.  A fun band, worth one check out.

With Simone SImons as a possibility (with Kamelot on board), this song could happen.  Additionally, Fabio Lione now sings for this band, making it the second year in a row he will be on the ship.  Angra is one of my favorite Brazilian bands and one of my favorite power metal bands.  They might get two sets from me.

Here’s the other “Odin Owns Ye All”.  You can decide which one you like better.  I will see one of their sets for sure.

#53 – CRYPTEX (GERMANY) GENRE UNKNOWN
I have no information about this band.  They do not have a Wikipedia page nor an entry on Encyclopedia Metallum and YouTube provided only links to a glitch hop project called Cryptex.  So, who knows what they sound like.

I never heard of this band until now.  There doesn’t seem to be anything particularly special about them but not anything I am necessarily opposed to.  If I am near a set they are playing, I might peak in.

I never heard of this band but apparently they’re a huge deal in their home country of Hungary.  Female vocals that alternate between harsh and clean with a sweet violin.  I’m in.

A lot of my Canadian friends were stoked that Striker was being added.  This is my first time being exposed to them and I am certainly not unimpressed.  Maybe I split this set with another band.

Another band I never heard of but this one in particular seems pretty old school.  I might check out some of their set.

Hmm, I forgot a band somewhere… Let me see if I can find it.

Holy shit, I can’t believe I forgot this band.

Annihilator is one of my favorite bands and Jeff Waters is one of my all-time favorite guitarists.  A premier band in the thrash movement, though late on the scene, they are probably my favorite thrash band.  I will be catching both sets and am extremely stoked.

Well, that’s all the bands that have announced.  One remains with just over a week to go.  By the time this is posted, we will probably know the last band.  Last year, the last band listed was Diamond Head and the year before that, Wintersun (awesome choice)!  So we will see…

Anyhoo, see you after the cruise!